Barbara J. Parsons
Barbara Jan
(Hutchinson) Parsons
NORWAY Ñ Barbara Jan (Hutchinson) Parsons died at Stephens Memorial Hospital on Saturday, Oct. 1, 2005 surrounded by her loving family after a courageous battle with cancer.
Barbara was born in Bethel on May 2, 1947, the daughter of Loton and Iva (Bartlett) Hutchinson. She was educated in Bethel schools and graduated from Gould Academy with the Class of 1965.
She married John Parsons on Aug. 16, 1969. They later were divorced.
After graduation, she received her nursing degree and worked for over 30 years as an LPN in several area nursing homes and hospitals.
Barbara will be remembered as one who gave of herself and befriended those that were in need of friendship. She was often found listening to her friends and would give guidance to them during difficult times in their lives.
Barbara is survived by her two sons; Jeffrey and his wife Summer of Lisbon and Joel of Rockland; three grandchildren Whitney, Kadison and Noah; a niece and three nephews and several close friends including Mike Curtis, Atte Hertell and Jess Whitaker.
Visiting hours will be held at the Andrews Funeral Home, 64 Andrews Road, South Woodstock on Wednesday evening 6-8 p.m. Funeral services will be held at the funeral home on Thursday at 11 a.m., with the Rev. Arthur Turner officiating. Burial will be in the Riverside Cemetery, Bethel.

For those who wish, donations may be made to:
Stephens Memorial Hospital
Development Office
Tracy Geary
181 Main Street
Norway, Maine 04268
to go toward the Caring Tree.

Published by Portland Press Herald/Maine Sunday Telegram on Oct. 4, 2005.
To plant trees in memory, please visit the Sympathy Store.
MEMORIAL EVENTS
To offer your sympathy during this difficult time, you can now have memorial trees planted in a National Forest in memory of your loved one.
MAKE A DONATION
MEMORIES & CONDOLENCES
5 Entries 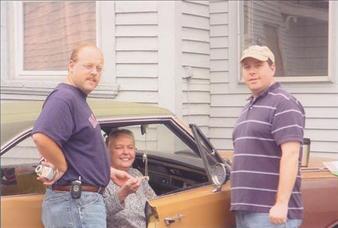 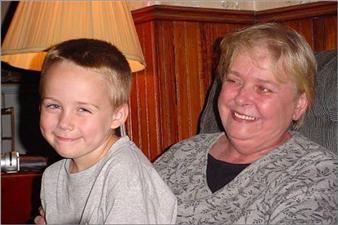 October 5, 2005
so sorry to hear of your loss, we will be praying for the familly. our deepest sympathy...Brenda and Jim
Brenda Wegrzyn
October 4, 2005
It is with deep sadness that I read about Barbara's death by cancer. I grew up in Bethel and knew Barbara, her mom and dad. She was a dear person and although I was not close to her she was one of those people who had a zest for life and it showed. I am so deeply sorry that Barbara has passed on. My heartfelt sympathy to her children and grandchildren, other family and friends. I will hold you all in my thoughts and prayers as you all move through the sadness and the grief and loss of your beloved mother, grandmother and friend.
Blessings Always,
Barbara Martin
Barbara Martin
October 4, 2005
Showing 1 - 5 of 5 results