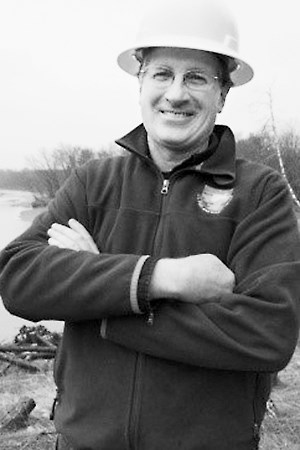 FALMOUTH - Geoffrey Robins "Jed" Wright, 54, of Falmouth, took his own life on Oct. 6, 2017, following a recent struggle with severe anxiety.

Jed met the love of his life, Stefanie Fairchild, while pursuing his undergraduate degree at Bates College. They married Aug. 11, 1990, and were admired as a couple by many for having a marriage full of joy and laughter. They shared an incredible bond of friendship and adoration.

Jed and Stef had two children together, Ania and Zachary, whom Jed loved dearly. He was ever present in their lives as a father, a mentor, and a friend.

Jed received his B.A. from Bates College in 1985, followed by a M.A. in geography from the State University of New York, Buffalo, in 1992, and a M.E.S. from the School of Forestry and Environmental Studies at Yale University in 1994.

Jed's career was shaped by his concerns about justice, the environment, and international development, and he leaves an amazing legacy through his work.

His early positions at the Institute for Transportation and Development Policy and with the Southern Africa Department of the World Bank took him to Mozambique and Angola, and included the design of a national land use and mapping program for rural planning and refugee resettlement. In 1994, he was hired by the U.S. Fish and Wildlife Service to work on the Gulf of Maine Coastal Program/Fisheries Stewardship Project in Falmouth, where he worked until his death.

He began in a position focused on habitat mapping for Atlantic salmon, which evolved into a project leader position where his work expanded to a broader focus on habitat assessment, protection and restoration projects. Through his work managing the Atlantic Salmon Conservation Fund, Jed was able to help permanently protect thousands of acres of riparian habitat, strengthen local conservation organizations, and develop innovative restoration approaches.

In addition to his work, Jed loved to support and mentor young environmentalist, both as interns in his office, and through his volunteer work with the Falmouth schools, through which every year fourth graders have helped to restock salmon in local streams.

A loving husband, father, son, brother, uncle, nephew, and friend to many, Jed was a man of numerous talents and interests. A great cook, Jed was both an artist and an adventurer in the kitchen. The flavors of the world were his painter's palette, and he explored new cuisines with relish. He delighted in finding twists on traditional dishes, and rarely repeated a recipe. He traveled with this in mind, and was on a constant lookout for the best restaurants of the particular foods that were native to the places he visited.

Always active, Jed was a lifelong runner, rower, and avid cyclist. He followed his father's example of commuting to work by bicycle, even in inclement weather. He had a wonderful sense of humor, and the perfect knack for sharing it. He was also incredibly creative, delighting his children, nieces and nephews (and any adults within earshot) with his fantastic storytelling, complete with sound effects and an amazing cast of characters. But above all, Jed will be remembered for his sense of social justice, and his kindness and generosity to others.

Jed is survived by his wife, Stefanie Fairchild; and his children, Ania and Zachary Wright. He is also survived by his mother, Polly Wright; and his siblings and their families: Eleanor L. "Lisa" Wright and Timothy Hoyt, and Christopher B. Wright; and nephews Liam, Benjamin and Jonathan Wright-Hoyt.

A memorial service to celebrate his life will be held Sunday, Oct. 22, 2017, at 2:30 p.m. at the First Universalist Church of Yarmouth (97 Main St.), with a potluck reception to follow.

In lieu of flowers, memorial donations can be made to
The Yellow Tulip Project, at: theyellowtulipproject.org
or to the charity of your choice

To plant trees in memory, please visit our Sympathy Store.
Published by Portland Press Herald/Maine Sunday Telegram on Oct. 15, 2017.
MEMORIAL EVENTS
No memorial events are currently scheduled.
To offer your sympathy during this difficult time, you can now have memorial trees planted in a National Forest in memory of your loved one.
MAKE A DONATION
Please consider a donation as requested by the family.
MEMORIES & CONDOLENCES
27 Entries
The greatest gift Jed shared with me has been echoed by so many others in their remembrances You don't have to shout from the rooftops to make a tremendous impact, you simply need to be caring, compassionate and present. My warmest thoughts of comfort to his family in the days ahead.
Jeff Ryan
Friend
December 27, 2017
I am so sorry for your loss. Jed seemed to have such a positive impact on so many levels. Thoughts and prayers continue for the family.
Bart Robins
November 7, 2017
I was only around Jed a handful of times but the memories of our conversations always stayed with me. After only a short time knowing him he was asking me about me and my family; he was genuinely interested and compassionate and I never forgot that moment. He always had a calm way of communicating and held himself with such composure and class. He was an inspiration for some and a role model for others. I'm truly saddened by this loss and I wish his family all the strength and understanding possible.
November 5, 2017
So sorry for the loss of Jed he was such a great guy
Albert Thayer
October 30, 2017
What a great person. Our world needs to cherish the sensitive, deep thinking, deep caring, anxious, incredibly gifted, among us. Peace and love to Jed's family.
Jeanne Cahill
October 25, 2017
My deepest sympathies to his wife, children, parents, siblings, and colleagues. Jed left an enduring legacy of family, friends, and accomplishments. He will be cherished and missed. RIP.
Jeff Norment
October 22, 2017
So stunned to hear of Jed's passing. He was such a force for good in the conservation community - always helpful. My condulances go to his family and all his other friends and colleagues.
Dan Daly
October 20, 2017
My thoughts and prayers are with the family. May Jed rest in peace.
October 19, 2017
I am heartsick that we have lost such a wonderful person. Jed was a lifeline for me in my early days of working with the Sheepscot Valley Conservation Association. He encouraged, supported (both through his work funneling grants to salmon watersheds and his words and help), cajoled and laughed. Paul and I wish you strength and hope in these dark times of loss, but hope you will know that none of us who knew Jed will every forget him. Peace.
Maureen Hoffman
October 19, 2017
My deepest sympathy to Jed's family for their loss. He contributed beyond measure to the cause of conservation and will be sorely missed by so many within our conservation community and elsewhere.
Roberta Hylton
October 19, 2017
This must be so hard for you; I am sorry for your loss.
Laurie Forsman
October 19, 2017 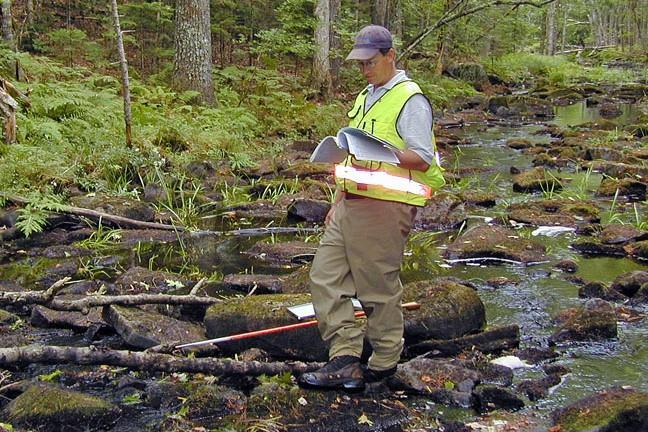 My deepest condolences. Celebrating a life well lived. I only worked with Jed briefly on a detail to the Gulf of Maine Coastal Program in 2005, but I definitely looked at Jed as someone I could learn from as a Fishery Biologist and someone I wanted to work with in Maine. I even applied for a job there.
Robert Pos
October 18, 2017
My sincerest wishes for comfort and peace for Jed's family. I know he left a lasting legacy in Maine but his influence also spread to us here in Maryland. Jed was so helpful and kind in offering his assistance to organize a field trip for the Atlantic Coastal Fish Habitat Partnership and share information about his work on fish passage. I very much appreciate the opportunity that I had to meet Jed and learn from him.
Julie Devers
October 17, 2017
Let the light Jed brought to the world not be extinguished. Let it grow and be spread by those who had the honor of knowing him.
d
October 17, 2017
My deepest condolences goes out to Jed's
wife, kids and family. Those that knew Jed, would know how great of a person he really was to all that encountered him. I will miss our in dept conversations we have shared over the years in the USFWS, especially those ones shared at the end of the day at a long meeting or at the NCTC commons. May your spirit live on within all hearts you have touched, especially your wife and kids. You will be missed my friend.
DJ Monette
October 17, 2017 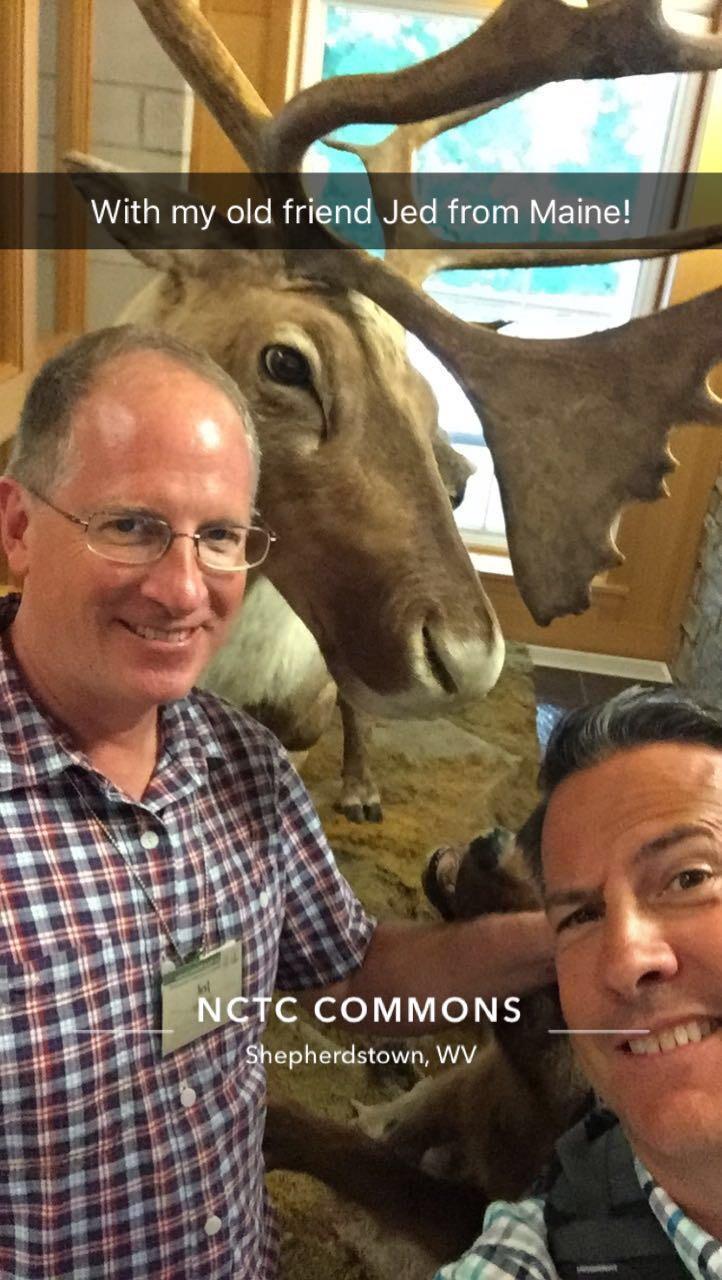 DJ Monette
October 17, 2017
Paula Golightly
October 17, 2017
My heart goes out to the family and friends of Jed Wright. I am so sorry for this awesome loss. I want to thank you for your honesty and courage of stating Jed's cause of death. Such openness will help open our eyes and hearts. Peace be with you.
Charlotte Henderson
October 16, 2017
My deepest sympathies to Jed's family. Jed was an inspiration to me and an example of an exceptional conservationist, a bright light and a wonderful person. Jed left the world a much better place.
Kate OBrien
October 16, 2017
I am so, so very sorry to hear this sad news.
April Fry
October 16, 2017
Jed was a great guy and for so many of us his loss truly echoes. We all remember his compassion, his ability to listen, his ever present sense of humor, and the tremendous energy and competence that he brought to his work. Jed's work to restore rivers and streams in Maine will be remembered by hundreds of his colleagues.
October 16, 2017 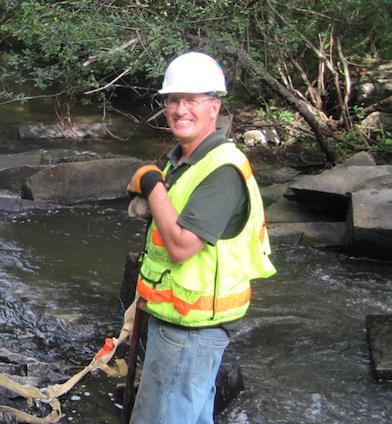 Landis Hudson
October 16, 2017
Jed was kind and full of compassion. He took the time to check in and lend his support. He deeply cared about others. He showed up and was present. These are traits I hope to emulate. I will miss him very much.
Jen Jones
October 15, 2017
Jed was a kind, funny and intelligent man. He was my husband's favourite cousin and we always enjoyed his company. He will be missed forever.
Sharon Ho
October 15, 2017
Jed always had a smile on his face, offering you food and kindness when he met you at the door.
Our love and prayers,
Lorraine, Real, Emily and John
October 15, 2017
Jed was, and always will be, one of the heroes of my life. He was a model of how to live a life of purpose and love.
Brenda Edmands
October 15, 2017
Jed was an incredible person, kind, intelligent, and a talented convener of diverse people for lasting conservation for communities and a healthier world. He is dearly missed and will be for long time and for hundreds of people. Much love to his wonderful family.
Joshua Royte
Friend
October 15, 2017
Showing 1 - 27 of 27 results