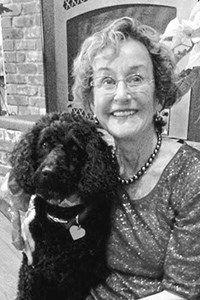 Jane attended Lewiston High School and graduated from Bates College with a B.A. in English. She married Daniel J. Wellehan Jr. of Lewiston in 1959. They were married 40 years. The young couple moved to Portland in 1960. Jane had prayed that her first child would be a girl, and she was blessed with six daughters. The household buzzed with activity; boisterous basement concerts were a favorite winter activity. The family spent every summer since 1967 at Scarborough's Pine Point Beach, and Jane made the season magical. A ping pong table dominated the living room and a vast assortment of ice cream dominated the freezer.

Jane was a vibrant, passionate woman who saw beauty everywhere. Driving her children in the family station wagon, "Look girls, look!" was her constant refrain as she pointed to an intriguing cloud, a piece of the ocean, or an old cemetery. Every holiday was a cause for merriment. Even Washington's Birthday was celebrated, with silhouettes of the first president taped to doors and axe-shaped sugar cookies.

Community service at every level was an essential part of Jane's life. She loved leading Brownie and Girl Scout troops for 13 years. She worked as a volunteer chaplain at Maine Medical Center and Mercy Hospital. Jane was among the first Catholic women to serve communion in Portland and one the first women to read the Epistles to the congregation during Mass at Sacred Heart Parish. A very active member of Alcoholics Anonymous for 35 years, Jane sponsored many other recovering women through the last year of her life. She served on nonprofit and corporate boards including Community Health Services, Community Counseling Center, Portland Ovations, Sebago Inc., and Sweetser. Portland Ovations, which presents a wide variety of performing artists and education and outreach programs, was one of Jane's deepest commitments. Jane was a board member for 29 years and served as board secretary for 17 years. She created a fund to help ensure the organization's future. Jane generously supported many arts and social service agencies, both major, established organizations and newer grassroots efforts. She had a special interest in helping women in transition.

Jane was passionate about all the arts. She collected work by Maine artists and donated her significant art collection to Bates College Museum of Art. She also established the Jane Costello Wellehan Endowment to support the Museum. Jane was a talented photographer who took thousands of photographs and studied at Maine Photographic Workshops (now Maine Media Workshops). A committed traveler, Jane explored five continents and six of the seven seas. She loved learning about people, places, and cultures that were new to her. Jane also loved Disney World and delighted in many trips there with her children and grandchildren. One of her greatest joys was her trips with each grandchild when they turned nine and 15.

Jane had a gift for friendship; she nurtured many friendships that spanned decades and developed new friendships her whole life. She had the unusual quality of accepting people as they are. Jane adored animals, especially her beloved Labradoodle Obie. Jane was kind, classy, generous, a fabulous dresser, a fierce game player known to utter an occasional expletive during Skip-Bo or mahjong, and wickedly funny. She was a spiritual searcher, a voracious reader, and an avid gardener and knitter. Her final knitting project was her pink pussy hat, which she wore proudly in the 2017 Women's March as she marched with friends, daughters, and granddaughters.

Jane is survived by her six daughters, three sons-in-law; and 10 grandchildren: Sheila Wellehan of Cape Elizabeth; Katie Wellehan of West Linn, Ore. and her sons Aidan and Noah Clark; Jane Wellehan and her husband David Ruff of Portland and their daughters Bridget and Maggie; Mary Wellehan of Portland and her daughter Lila; Deirdre Lacambra and her husband Mark of Seattle, Wash. and their children Sophia and Jack, and Shauna Damboise and her husband David of Yarmouth and their children Madeline, Amelia, and Jake. She is also survived by her cousin Joanne Bresciani of Wellesley, Mass., who was like a sister to her. Jane was predeceased by her parents; and her siblings, Alice Dillingham and James R. Costello Sr.

Her family would like to thank Dr. Jennifer Palminteri of Chest Medicine Associates; her Comfort Keepers caregivers, especially Janice Ash and Farah Paradise, and the staff of Hospice of Southern Maine for their devotion and compassion.

In lieu of flowers,

donations may be made

in Jane's memory to:

or to the charity


To plant trees in memory, please visit our Sympathy Store.
Published by Portland Press Herald/Maine Sunday Telegram on Jan. 28, 2019.
MEMORIAL EVENTS
No memorial events are currently scheduled.
To offer your sympathy during this difficult time, you can now have memorial trees planted in a National Forest in memory of your loved one.
Funeral services provided by:
Jones, Rich & Barnes Funeral Home
MEMORIES & CONDOLENCES
12 Entries
To the Wellehan family.
What a wonderful neighborhood we shared as our children grew. I have many warm memories of Jane,Dan and you girls. She was so special.
Ann Kelley Sprinkle
February 6, 2019
Dear Ladies,
I was very sorry to hear of your mother's death, and also very sorry I was unable to attend either her wake or funeral. She and you all were in my thoughts and prayers these last few days. I knew your mom back in the days of Anne Monaghan et al, and more recently visited her in her home to rekindle old times and share a cup of tea with her. She was a gracious lady, one with much Spirit, and contributed much to this community. I was happy to have revived an old friendship with her.
Cynthia Murray-Beliveau
February 5, 2019
What an incredible women. Sending Peace, Love and Prayers to all of Jane and Mary's family.

The Comstocks
January 31, 2019
Your Mom gave the gift of self so completely to the needs she saw bringing light, joy and determination- Was privileged to have her be an important part of my life
Sister Pat Mooney
January 30, 2019
Jane, Karie Shauna and all the Wellehan family,,, My sincere condolences to the Wellehan family for their recent loss of this fine lady! I worked for the family's Sebago Inc. business for many years and knew her as a fine lady! May she Rest In Peace and my prayers to the family during these most difficult times.
Al and Bea Boyce
January 29, 2019
My condolences to the entire Wellehan family. Jane and I lived only a street apart in Lewiston many years ago. She married a cousin Daniel. Although we have not seen each other in many many years I wanted to wish the family my best. God Bless your all!
Maureen Willihan Gleason
January 29, 2019
My condolences to Jane's family - may she have the ultimate adventure now, away from the restraints of life.
Randall Manley
January 29, 2019 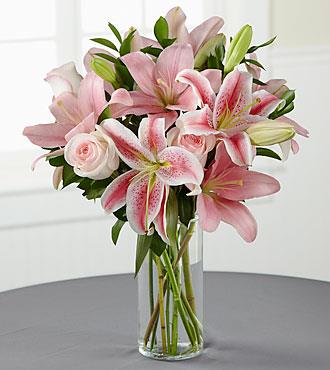 a loved one
January 28, 2019
Jane, Mary and all the Wellehans, I am so sorry to hear this. Know that I am thinking about you....
Ellen Norton
January 28, 2019
What wonderful memories you all have! Your Mom was such a vibrate and wonderful friend. May all the memories help heal your broken hearts. And God Bless you all with His love.
Wilma Taliento
January 28, 2019
My deepest condolences to you family & friends. Right now must be very difficult, know that the God of all comfort is available at all times to bring you comfort & peace (Romans 12:12).
VB
January 28, 2019
I was devastated when I read in the Press Herald today of the passing of my dear friend, Jane. We were classmates in high school. Jane was at the wedding of my Portland bride and me. We would sit next to each other and talk at Lewiston High School class reunions. Our closeness never seemed to abate even though we did not often speak or write. Yet, Jane was always in my mind, and I considered her to be a life-long dear friend. Jane was exceptionally accomplished, but in our many conversations, she never spoke of herself, only others. May the Almighty and the Angels welcome Jane to the Heavenly Abode where, one day, and with God's grace, our souls will have an eternal reunion.
Arthur Silverman
January 28, 2019
Showing 1 - 12 of 12 results