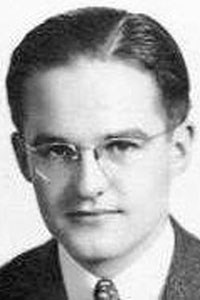 FUNERAL HOME
The Fortin Group
70 Horton Street
Lewiston, ME
SCARBOROUGH - Samuel Stoddard Jr., died at the age of 97, after a brief illness on Feb. 7, 2019, at Piper Shores, Scarborough. He died peacefully in the presence of his children. He was born on Sept. 7, 1921, in Lewiston, to Samuel Stoddard and Lilla Bates Stoddard, and was the second of their two children. He grew up on Wood Street in Lewiston. He graduated from Lewiston High School in 1939, and graduated (cum laude) from Bates College with majors in physics and mathematics in 1943. He was employed during World War II as an engineer engaged in strategic work at the Bell Telephone Laboratories in Murray Hill, N.J., developing sonar technology for submarines from 1943-1946. He joined the faculty of Lafayette College of Easton, Penn., in 1946 and served as a professor of mathematics for 40 years. He earned a Master of Science degree in mathematics from Lehigh University, Bethlehem, Penn., in 1952.

He married Jane Frye White of Auburn, a classmate at Bates College, on Oct. 16, 1943, in Auburn. The couple had been married for 72 years at the time of Jane's death in 2015. For many years the couple lived in Pennsylvania where both were employed in college teaching. Jane was chairman and professor of speech pathology and audiology at East Stroudsburg State University. The couple retired from teaching in 1986. They maintained strong ties to Maine throughout their lives, and upon retirement returned to live in Windham on Little Sebago Lake. They were a devoted couple, constant companions, and he missed her very much in his last few years. In 2008 they moved to the Piper Shores community in Scarborough, for the remainder of their lives.

Samuel was an active person with a wide range of interests. He enjoyed mountain climbing, backwoods camping and river trips with his family in Maine and Alaska. As an avid reader and bibliophile he was fond of scouring antiquarian bookshops to collect the works of his favorite authors and New England histories. He delighted in tinkering with and driving old Model T Fords. He enjoyed and collected well-made tools and employed them frequently during his restoration of an early Pennsylvania farm. He was a formidable competitor at the duplicate bridge table.

Samuel was preceded in death by his wife, Jane White Stoddard; and his brother, Bateston F. Stoddard.

The family wishes to thank the staff of Piper Shores, Hospice of Southern Maine, and his dedicated team of caregivers for their very kind and excellent care during Samuel's last days.

A graveside memorial observance will occur in the spring. Visit www.thefortingrouplewiston.com to leave condolences.

For those wishing to make a memorial contribution, 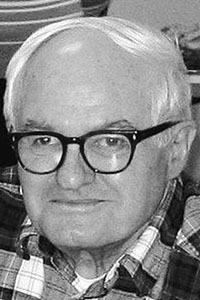 To plant trees in memory, please visit our Sympathy Store.
Published by Portland Press Herald/Maine Sunday Telegram on Feb. 11, 2019.
MEMORIAL EVENTS
No memorial events are currently scheduled.
To offer your sympathy during this difficult time, you can now have memorial trees planted in a National Forest in memory of your loved one.
Funeral services provided by:
The Fortin Group
MEMORIES & CONDOLENCES
4 Entries
To all the Stoddard family and loved ones, may your hearts soon be filled with wonderful memories of joyful times together as you celebrate a life well lived.
Donna & Dave Porter
February 12, 2019
Thank you for your work in the war effort.
February 11, 2019
Our heartfelt condolences to the family. The strength from God can sustain you through this difficult time. May your loving memories of the times you shared bring you a measure of comfort now and in the days ahead.
The Lewis Family
February 11, 2019
Please know that there are ones sharing in your sadness. May you be comforted and soothed by the words of Psalms 94:19 during this time. With sincere condolences, Roberts
February 11, 2019
Showing 1 - 4 of 4 results