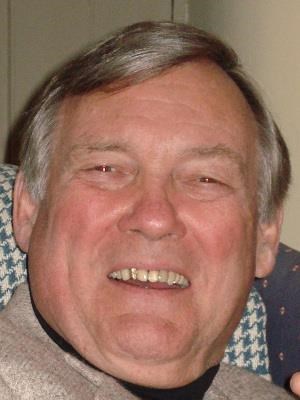 ABOUT
Upper Dublin High School
George Bradley Arnott of Worcester, PA George Bradley Arnott, age 77, passed away suddenly on May 16, 2017. He was the son of the late George and Dorothy (Bradley) Arnott and brother to the late Robert (Nancy) Arnott. George was the loving husband of 36 years to the late Mary Jo (Albany), who preceded his death by only 6 months. His close friends and family believe that he passed away from a broken heart, but now is back in the loving arms of Mary Jo. George was the beloved father to G. Bradley Jr. (Madeleine) and Wendy Hixson (Jeffrey) of which he would say were his two greatest achievements in life. He was the devoted grandfather (BeBop) to Shelby, David, Beatrice and Jacob. George was born in Philadelphia, raised in Oreland, PA and graduated from Upper Dublin High School. He entered the U.S. Air Force in 1961 and was stationed at Malmstrom AFB in MT and Elmendorf AFB in AK, where he honed his parachuting and radio operating skills. Upon an honorable discharge from the U.S. Air Force, George earned a degree in Business from Temple University and began a long career as a Human Resources executive in the railcar industry. George was constantly building something and working with his hands. He was an extraordinarily talented wood and metalworker and created a successful entrepreneurship, producing his works of art out of his home-based shop in Wayne, PA. His life was one of abundance and filled with friends from all over the world. He was an active member of St. Mary’s Church and spent a great deal of time beautifying the church, ushering and was part of the “Merry Men of St. Mary’s”. George was a humorous, generous, genuine, one-of-a-kind man and will be truly missed by all of the lives he has touched. A celebration of his life will be held on Saturday, May 20, 2017 at 11am at St. Mary’s Church, 104 Louella Avenue, Wayne, PA. Interment will be private at the convenience of the family. In lieu of flowers, the family requests donations to be made to Wagging For Warriors at 1202 Lexington Ave., Box 105, New York, New York 10028 or on their website, www.waggingforwarriors.org Stuard - Ardmore/ Since 1822
Published by Main Line Media News from May 19 to May 28, 2017.
To plant trees in memory, please visit the Sympathy Store.
MEMORIAL EVENTS
May
20
Celebration of Life
11:00a.m.
St. Mary’s Church
104 Louella Avenue, Wayne, PA
MAKE A DONATION
MEMORIES & CONDOLENCES
Sponsored by Family.
1 Entry
Please accept my deepest sympathy for the Arnott family. May you cherish the blessing he was in your lives. Jeremiah 29:11,12
MH
May 29, 2017
Showing 1 - 1 of 1 results