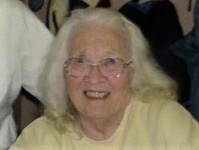 BORN
1935
DIED
2021
FUNERAL HOME
Herbert Funeral Home, PC
706 Kosciusko St
Manistee, MI
Carole Slawinski
Manistee, MI
September 25, 1935 - June 9, 2021
Carole Slawinski of Manistee, Michigan passed away on June 9th, 2021 at the age of 85 at Medilodge of Ludington.
Carole was born on September 25th 1935, daughter to the late Everett and Mary (Majkszak) Madsen. She married Lawrence Breece in 1955, who preceded her in death on January 6th, 1974. She later married Richard Slawinski in 1981, who preceded her in death on February 16th, 2007.
Carole was employed at Century Boat for many years. She also worked at Big Boy in Manistee until her retirement in 1995. She then worked for her family, Darcie and Paul Stewart at Lakeshore Motel until 2014. She was loved by many of their guests, some who considered her part of their extended family and looked forward to seeing her every year.
She enjoyed cooking and going out to eat with her family, especially at Captain's Corner or Blue Waters Cafe. She also loved watching the Game Show Network and Food Network channels. She also enjoyed spending a lot of time with her grandson.
Carole is survived by her only daughter, Karen Breece of Stronach. One grandson, Thomas Breece (Brooke Edwards) of Stronach. Sisters Ardis Madsen and Darlene McIntyre, both of Eastlake. One stepson, Bruce Slawinski of Freesoil, one stepdaughter and one in-law, Sandi (Robert) Zielinski of Traverse City and Christine Slawinski of Freesoil. Numerous nieces, nephews, cousins, step-grandchildren, step-greatgrandchildren and her special friend Deb Hillier of Ludington also survives her.
Carole was preceded in death by her parents, both husbands, one brother-in-law Donald McIntyre and one stepson Brian Slawinski.
Family will receive friends at the Herbert Funeral Home in Manistee on Thursday evening, June 17th, from 7:00 to 9:00 p.m. Final interment will be in Oak Grove Cemetery in Manistee.
The Herbert Funeral Home of Manistee is in charge of funeral arrangements.
To plant trees in memory, please visit our Sympathy Store.
Published by Manistee News Advocate on Jun. 11, 2021.
MEMORIAL EVENTS
Jun
17
Visitation
7:00p.m. - 9:00p.m.
Herbert Funeral Home, PC
706 Kosciusko St, Manistee, MI
Funeral services provided by:
Herbert Funeral Home, PC
MAKE A DONATION
MEMORIES & CONDOLENCES
0 Entries
Be the first to post a memory or condolences.