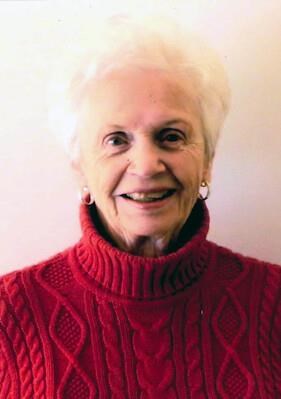 ASHLAND - It is with great sadness that the family of Alice Mae Reynard announces her passing on July 11, 2021 at 92 years of age. She is survived by her husband of 71 years, Harry Herman Reynard and sons, Jon (Margaret) Reynard and Brian Reynard. She will also be fondly remembered by grandchildren, Renee (Sean) O'Hara, Melissa Reynard, Rochelle Reynard, and Ryan Reynard; by her great-grandchildren, Sean Jr. O'Hara and Cole O'Hara; brother, Ken Schnuerer; and good friends, Paul & Kay Simon. Alice was preceded in death by her sister, Betty Ann Arnold. Alice will also be forever remembered by her nieces, nephews, extended family, and dear friends.

Alice was born May 28, 1929 in Mansfield Ohio to Martha Elizabeth Harbaugh and Fred Schnuerer. She graduated from Mansfield Senior High School in 1947. Following graduation, she worked at Mansfield Tire as a secretary in the Advertising Department. She married Harry Herman Reynard on August 13, 1950. Following marriage, she worked for the Corrugated Paper Company in the insurance department.

She was an active member of the Beta Sigma Phi sorority for over 50 years and received numerous awards and earned the sorority's Master's Degree. In 1969 she and her husband began Reynard Interiors, a home interior design business which they operated until retirement. She was an active member of the Main Street United Methodist Church and with her husband active in many social organizations, including the Lions, the Masons Lodge Venus 125, the Kentucky Colonels, the Elks, the Baku Grotto, Liederkranz, and the American Legion. She was an avid golfer and liked to read and travel.

She is very thankful for all the kind care given to her by the staff of Martin House and Brethren Care Village in Ashland and for the support and care provided by Southern Care Hospice.

A private "Celebration of Life" will be held for family and friends. Those who so desire may make memorial donations in memory of Alice to the Main Street United Methodist church or a charity of their choosing. The Diamond Street Home of Wappner Funeral Directors is honored to serve the Reynard family.

Published by News Journal from Jul. 17 to Jul. 18, 2021.
To plant trees in memory, please visit the Sympathy Store.
MEMORIAL EVENTS
To offer your sympathy during this difficult time, you can now have memorial trees planted in a National Forest in memory of your loved one.
Funeral services provided by:
Wappner Funeral Directors & Crematory
MAKE A DONATION
MEMORIES & CONDOLENCES
Sponsored by Wappner Funeral Directors & Crematory.
1 Entry
We remember Alice for her pleasant smile and kindness. We are sure she is decorating her heavenly home for all her family and friends in that place Christ has prepared for those who love Him.
Blake and Gere Wagner
Family
July 19, 2021
Showing 1 - 1 of 1 results