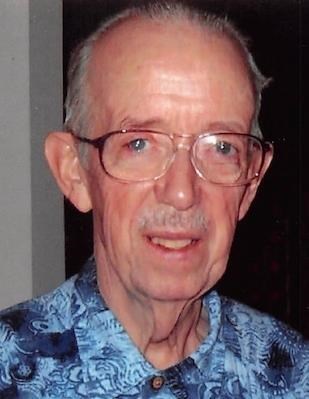 He was born April 28, 1932 in Greenfield, Ohio and was the son of the late Dare and Goldie Mae (Everhart) Coleman. Charlie married Evelyn Marie (Seymour) on February 22, 1958 and they enjoyed 54 years of marriage until her passing on August 12, 2012.

He graduated from Buckskin High School in South Salem in 1950. Charlie was mobilized with the 37th Infantry Division of the Ohio National Guard during the Korean Conflict spending his enlistment in Camp Polk, Louisiana. Following his discharge, he worked for the Veterans Administration Hospital in Chillicothe, before attending Indiana Institute of Technology in Ft. Wayne, Indiana where he received his degree in electronic engineering. He worked at the former Power Equipment Company in Galion from 1965 to 1970 and at the former Autocall Company in Shelby as an electrical engineer until his retirement in 1996.

Charlie enjoyed playing his tenor saxophone with the Community Christian Church praise band and participating in church related activities. He was a jazz record collector and member of the International Association of Jazz Record Collectors and the Fretted Instrument Guild. Charlie enjoyed playing in "jam sessions" at these events. He was also an amateur radio operator W8FIM, licensed since 1955 and enjoyed building and restoring antique radios.

In addition to his parents and wife he is preceded in death by three sisters, Doris Coleman, Helen Bartley and an infant sister and a brother James David Coleman.

Memorial contributions may be made to Community Christian Church in care of the funeral home.

Richardson Davis Chapel of Snyder Funeral Homes in Galion is honored to serve the family of Charles Coleman, and condolences may be made to them at www.SnyderFuneralHomes.com.