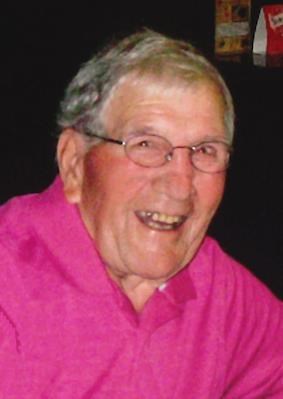 Howard was a 1950 graduate of Mansfield Senior High School and was a member of the 1949 Tygers State Championship Football Team and was given the nickname "Golden Toe Tipper". Between 1952 and 1954 he was a Paratrooper in the Korean Conflict. As a lover of sports, Howard went on to officiate football and basketball for many years, also volunteering to officiate the Friendly House basketball games. He was a rules interpreter for Ohio High School Athletic Association and a track official for Mehock Relay for 45 years. He enjoyed golfing and played in the Mystic League. Howard volunteered for Habitat for Humanity and helped build 3 houses. He loved his family and enjoyed spending time with his grandchildren. Howard was a 50 year member of Venus Lodge F&AM #152, Baku Grotto, Scottish Rite Valley of Columbus and Bricklayers Union Local #40 and was a Kentucky Colonel. He was an active member of St. Paul Lutheran Church.

Howard is survived by his wife of 66 years, Shirley (Sziraki) Tipper, who he married July 1954; three daughters, Beth Tipper, Julie Tipper and Amy (Joseph) Smothers; grandchildren, Lindsay (Matt) Saulsgiver, Preston See and Emily Tipper; and great-grandchildren, Layne Saulsgiver and Case Saulsgiver. He was preceded in death by his parents.

A memorial service will be held at a later date. Memorial contributions may be made to Habitat for Humanity. The Diamond Street Home of Wappner Funeral Directors is honored to serve the family.

Published by News Journal from Mar. 3 to Mar. 7, 2021.
To plant trees in memory, please visit the Sympathy Store.
MEMORIAL EVENTS
To offer your sympathy during this difficult time, you can now have memorial trees planted in a National Forest in memory of your loved one.
Funeral services provided by:
Wappner Funeral Directors & Crematory
MAKE A DONATION
MEMORIES & CONDOLENCES
Sponsored by Wappner Funeral Directors & Crematory.
3 Entries
Shirley, Bob and I are deeply saddened to hear of your loss. Please know that you and your family are in out thoughts. May your memories be a blessing. Most Sincerely.
Bob and Kathy Mohl
Friend
March 23, 2021
A wonderful football hero & patriotic citizen of our great country, happily married husband to my cousin, & devoted family man.
Nancy Sziraki Neuharth
Family
March 5, 2021
Played basketball at the Friendly House from 67-72 & Howard was there refereeing each year. Got to know him & enjoyed talking with him even many years later when i delivered his mail at various times. Always very friendly & helpful as a ref & very friendly in conversation. RIP Tip !
Joe Robertson
Friend
March 5, 2021
Showing 1 - 3 of 3 results