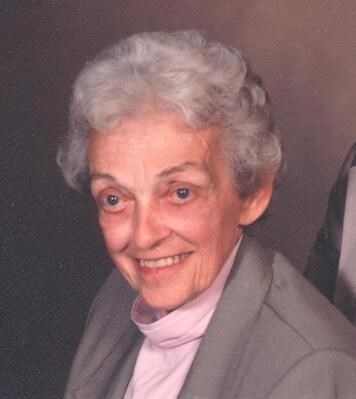 Galion - Irene Van Voorhis, a longtime Galion resident, passed away Monday, April 19, 2021 at the age of 102. She was with family at her son's residence in Encinitas, California. Irene will be remembered for her kindness, witty sense of humor, and generosity. She will be greatly missed by her family, friends, and all who were fortunate to know her.

Irene was born May 31, 1918 in Mansfield to Elmer and Ella (Bigler) Moser. She graduated from Mansfield Senior High School and continued her education at Ohio University, where she received her degree in home economics. She was a home economics teacher for more than 30 years, teaching at Liberty Center, Bucyrus, and North Robinson. Irene's students remember her with fondness, always noting how kind she was.

Irene met her first husband, Robert Davis, while she was in college. They were married in July 1942. He passed away the following year while serving in England during World War II.

In September 1948, Irene married Harry V. "Bud" Van Voorhis, who she met on a blind date. An excellent seamstress and cook, Irene made her own wedding dress and baked their wedding cake. She and Bud had two sons, Bruce in 1949 and Gary in 1956. Bud preceded her in death on July 27, 2014 after nearly 66 years of marriage.

Irene enjoyed being active and was known to garden for hours, shovel snow, and walk on the treadmill well into her 90s. In her later years she enjoyed jigsaw puzzles and playing solitaire on her laptop. She loved dancing to "big band" music and traveled the globe from Asia to Europe and throughout North America. Her grandchildren will always think fondly of the many summers spent in Ohio baking brownies, eating ice cream, playing board games, and visiting Cedar Point.

In addition to her parents and husband she was preceded in death by two sisters, Dorothy Brune and Marie Swigart.

The family will receive friends on Wednesday, April 28, 2021 from 10:00-11:00 am at the former First Presbyterian Church building, now Wesley Chapel, 240 S. Market Street, Galion, Ohio 44833 where services will be held at 11:00 am Wednesday with Gary Proietti officiating.

Memorial contributions may be made to the Heifer Project in care of the funeral home.

Richardson Davis Chapel of Snyder Funeral Homes in Galion is honored to serve the family of Irene Van Voorhis, and condolences may be made to them at www.SnyderFuneralHomes.com. 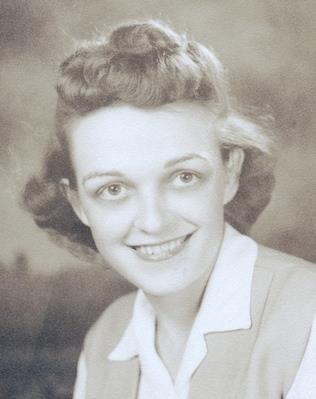