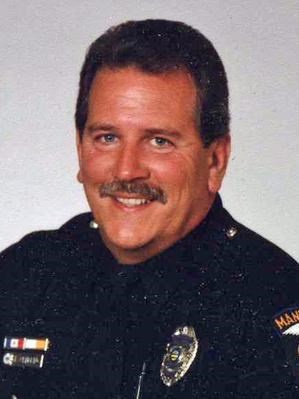 MANSFIELD: John Michael Wendling passed away from this world on December 15, 2014 at OhioHealth MedCentral Mansfield following a brief illness.

John was born on June 11, 1946 to Joseph and Lois Jean Wendling. He graduated from St. Peter's High School in 1964 and immediately joined the United States Marine Corps. He was assigned to the 3rd Naval District Brig in New York City. He was sent to Vietnam and was a sniper with the 7th Marine Regiment, 1st Marine Division. He returned home with numerous medals, including a Purple Heart.

John joined the Mansfield Police Department in June of 1968 and began as a "Beat Patrolman" walking "The Flats" of downtown Mansfield. During the 46 years of service, he spent 30 years as a detective and rose to the rank of sergeant and eventually lieutenant. He was in charge of the detective bureau for many years. John received numerous commendations and letters of appreciation for his excellent service to the community. He was a member of the Mansfield Police Pistol Team and won numerous trophies.

John, along with his brothers, had a gift for telling funny stories of things that occurred during their police days and also sad stories of events during the time they served their country in the Marines. John loved being a police officer and had a deep respect for the citizens of Mansfield and that became very apparent by the number of people from every walk of life that would stop to talk to him and show their respect to him.

Family and friends are invited to visit on Thursday, December 18, 2014 from 2-8 p.m. at the Diamond Street Home of Wappner Funeral Directors, 98 S. Diamond Street, Mansfield. Memorial services presented by the Fraternal Order of Police will occur at 7:30 p.m. A Mass of Christian Burial will be held Friday, December 19, 2014 at 11:00 a.m. at St. Peter's Catholic Church, 104 West First Street, Mansfield. Burial will follow in Mansfield Cemetery. Memorial contributions may be made to Cops and Kids, F.O.P. Lodge #32, PO Box, 1632, Mansfield, Ohio 44901. 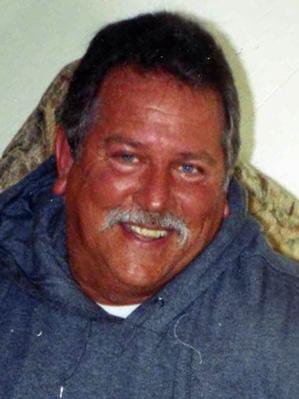 Published by News Journal on Dec. 17, 2014.
To plant trees in memory, please visit the Sympathy Store.
MEMORIAL EVENTS
To offer your sympathy during this difficult time, you can now have memorial trees planted in a National Forest in memory of your loved one.
Funeral services provided by:
Wappner Funeral Directors & Crematory
MAKE A DONATION
MEMORIES & CONDOLENCES
93 Entries
I have fond memories of john and his wonderful family
Gail Jurgens
Friend
December 11, 2019
Johnny will be fondly remembered as a fun-loving classmate and caring teammate.
steve stuges
January 14, 2015
We were shocked and saddened when God called you so soon, perhaps to your new heavenly beat :) We will cherish the memories we made at St. Peter's School with you, including your playful disposition, the twinkle in your eyes when you smiled, your enjoyment of dancing and hoops, and of course your unfailing dedication to the Mansfield Poice Deprtment. Please meet us all at the pearly gates when we arrive. Fondly, Dave Massa, Mary Ellen McBride Mellen and the Class of 1964
Mary Ellen Mellen
January 12, 2015
Just found out today..our deepest Sympathies to your family. John grew up with Len, I grew up with Jim and Kenny grew up with Jan. Len has also passed 14 years ago. Our families were close. So sorry.
Lauren Sanders Laurie Davis
January 6, 2015
gail hannan jurgens
December 27, 2014
We had a lot of fun going thru school together and playing ball. You all will be my friends forever. I'm glad I got to stop and see him at work a while back. bless you all.
LeRoy Zink
December 27, 2014
For the Wendling family~

Officer John Wendling was one of my instructors at the Mansfield Police Academy in 1970. His younger brother, Jan, was one of my classmates. RIP brother officer.....
Phil Kempthorne (Lieutenant CID - retired)
December 25, 2014
My heartfelt sincere sympathy to John's entire family and friends. He will be missed. Paul Thompson
Paul Thompson
December 22, 2014
My prayers and thoughts go to the family and children.
Jacque Conners
December 21, 2014
Shelley, Chris, Scott and The Wendling Family,
I am deeply saddened to hear of John's passing. My thoughts and prayers are with each and every one of you. I love John, as he was a very special part of my childhood. He is a great man and will be missed by every life he touched. May you find comfort and peace in all your treasured memories.

Love,
Lisa Cains (Harmony)
Lisa Cains (Harmony)
December 21, 2014
John was a fine officer, and I was lucky to know and work with him. Our condolences to the family. I hope he's found rest with our Lord.
Steve Webb
December 19, 2014
Jan, Joe, Jim, Mitzie and Gordon,
Hoping all of you find peace and joy in the happy memories of growing up in such a wonderful family, with a proud Marine Corp tradition, as the Wendlings.
Sincerely,
Jacques Glaze
Jacques Glaze
December 19, 2014
My sincere sympathy to all of the Wendling family. Thinking of all of you and praying for comfort and strength at this very trying time.
Linda Smallstey - Curry
December 19, 2014
We were so sorry to hear of your loss. Please let us know if there is anything we can do to help at this time.
LESLIE E -Scheidler-Lamson
December 19, 2014
John and I were childhood friends and did not see each other for many years, But when we did it was always a joy. He was a great cop and friend, he will be missed.
john Booker
December 19, 2014
To the Wendling family: I am so sorry to hear of John's passing. He was once a friend of mine and a good man. I have a happy memory of him taking me to the Policeman's Ball when I was on City Council and we were both still so very young. How "dashing" he was that night. Peace be with you John and God be with all of your family. Most Sincerely, Kathy Baron, Former Mansfield Councilwoman.
Kathy Baron
December 18, 2014
So Sorry to all the family of John. he was a brave man the way he served. God Bless you all. RIP John.
michael shepherd
December 18, 2014
Mary and I extend our deepest condolences to the entire Wendling family. I have such fond memories of John during my service as an assistant county prosecutor---a great law enforcement officer, vigilant in the performance of his duties, yet personable and caring with regard to people from every station of life. We will miss you, John. Our prayers are with your family.
Ron & Mary Spon
December 18, 2014
Jan,
Am so sorry to hear about your brother John's passing. I always held you and your brothers in high respect and deservedly so. You were all raised to be great guys and Mansfield was the benefit of that. You have my deepest sympathy.

Our Thoughts and Prayers are with you. We lost one of the Good Ones!