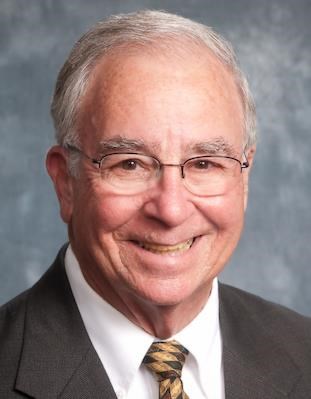 Mansfield - There are many wonderful things that will never be done if you don't do them. Dick Walters did them. There are great people left unmet, unless you meet them. Dick Walters introduced himself. He possessed an ornery sense of humor which he applied equally to all walks of his life.

Dick passed into the Lord's care Wednesday, June 24, 2020, surrounded by family in his Mansfield home. He was 84.

He was born on November 19, 1935, in Columbus, OH, to the late Frank A. and Ann (Miller) Walters. Dick graduated from Mansfield Senior High School and earned a Bachelor's degree in Business Administration from The Ohio State University. He was a member of Sigma Phi Epsilon Fraternity and later served on their Board of Directors. In 2009 he was a co-recipient of the Bob Barnett Outstanding Service Award for service to the Ohio Gamma chapter of the fraternity.

Dick retired as president of the Rinehart Insurance Agency where he grew the agency in influence, employees and client base. He believed quality of life was closely tied to community service. Dick was a 40-year member and past president of the Lexington Kiwanis Club. He gave back to his community through involvement with CACY, The United Way of Richland County, the Richland County Foundation, and the Richland County Mental Health and Recovery Services Board. Dick was an active member and past Elder of Mansfield 1st EPC.

Dick was an avid Buckeye fan. All who knew him joked he bled scarlet and grey. In 1981, as president of the newly formed Ohio State Alumni Club of Richland County, Dick began a new tradition when he organized the Buckeye Bash. This annual event continues to raise scholarship dollars for students planning to attend The Ohio State University at Mansfield. Dick was in his element when he could share all things "Buckeye" with friends and family, especially his grandchildren.

Dick will be remembered as one who lived life with gusto, loved his family dearly and left his community a little stronger than he found it.

The Walters Family will receive guests on Wednesday, July 1, 2020 from 2 to 7 p.m. in the Lexington Avenue Snyder Funeral Home. A worship service, giving glory to God for the life and legacy of Richard Miller Walters, will be held Thursday, July 2, 2020, at 11 a.m. in Mansfield 1st Evangelical Presbyterian Church, 399 South Trimble Road with the Reverend Denny Finnegan officiating.

Contributions in his memory may be made to The Ohio State University, referencing fund 606079, Richland County Scholarship Endowment.

Snyder Funeral Home is honored to serve the Walters family. Share your favorite "Dick memory" and watch the tribute video, online at: SnyderFuneralHomes.com