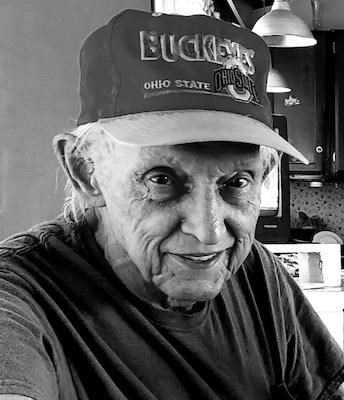 Mansfield - Robert (Bob) S. Matthes Jr. passed away at home with his daughters and beloved dogs at his side on May 10, 2021. He was 81 years old. Bob was born in Mansfield, May 6, 1940, to parents Robert and Jeanette Matthes Sr.

After graduating from Mansfield Senior High School he served three years as a supply specialist in the United States Air Force from 1959-1962, stationed at Spangdahlem air base in Germany and Madison, WI. After returning to Mansfield he worked at the Ohio Brass Company for several years, then went to work for Warren Rupp, Inc. in 1970 retiring in 2000 after 30 years.

Bob's passion in life was playing golf and he often led the local summer leagues with his scores. He was an avid sports fan and never missed a televised Cleveland or Ohio State game. Bob always enjoyed spending time and having a nice meal with friends at the VFW. He was also known for his quick wit and sense of humor. Even as his health was declining he would crack a joke and make you laugh.

Bob was preceded in death by his parents, his wife of 27 years Barbara (Clinage) Matthes, his sister Barbara Craig, and his son Robert (Bobby) S. Matthes III.

A private graveside service will be held at Windsor Park Cemetery.


Published by News Journal from May 11 to May 12, 2021.
To plant trees in memory, please visit the Sympathy Store.
MEMORIAL EVENTS
To offer your sympathy during this difficult time, you can now have memorial trees planted in a National Forest in memory of your loved one.
Funeral services provided by:
Ohio Cremation & Memorial Society - Mansfield
MAKE A DONATION
MEMORIES & CONDOLENCES
Sponsored by Ohio Cremation & Memorial Society - Mansfield.
0 Entries
Be the first to post a memory or condolences.