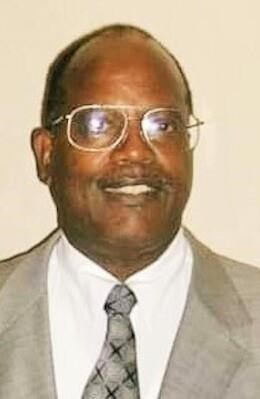 Mr. McDowell was born on Monday, July 13, 1942 to the late Leon Lafayette and Agnes Elizabeth (Jefferson) McDowell in Mansfield and was a life resident. Wayne was a member of the Mansfield Senior High School graduating class of 1960. After several years of working Wayne decided it was time for him to pursue a career and the way to do that was to become a college student in 1962 while working a full time job. He commuted to The Ohio State University and University of Akron receiving a Bachelor of Arts Degree in labor economics in 1969 and received a Master of Arts Degree in adult education in 1972 both degrees from OSU. In 1967 Wayne became employed as a teacher at the Ohio State Reformatory retiring in 2000 after 33 years of service from what is now known as MANCI. Wayne's retirement made him the first person to teach 30 years within the Ohio Department of Rehabilitation's Ohio Central School System.

Wayne was an instrumental Life Member of the NAACP, Counsel for Human Dignity at the Ohio State Reformatory on behalf of the NAACP, Civil Rights Advocate, and a member of the Ambassodors For Christ Church where he served as a Deacon. He fought to help put an end to racial, and sexual discrimination in the penal and civil community of Mansfield. Wayne's last act as a freedom fighter was helping to create the Code of Conduct Agreement between the Black and Brown Community and the Mansfield Police Department.

In addition to his parents Wayne was preceded in death by 6 siblings, Hazel Parsons, Doris, Calvin, Betty, John, and LeRoy McDowell.

Private funeral services will be held Friday, at 11:00 AM in the Providence Baptist Church with Pastor Mark Cobb officiating and Wayne's pastor Elder Scott Logan delivering the eulogy. Friends may call at the church beginning at 9:30 a.m. till 10:30 a.m. Interment will be in Mansfield Cemetery.

C-19 Protocol of facial coverings, social distancing, and attendance limits will be observed.

Friends are invited to leave words of encouragement, comfort or a memory at www.williamsfuneralservices.com.

Published by News Journal from Jan. 9 to Jan. 10, 2021.
To plant trees in memory, please visit the Sympathy Store.
MEMORIAL EVENTS
Jan
15
Calling hours
9:30a.m. - 10:30a.m.
Providence Baptist Church
OH
Jan
15
Funeral service
11:00a.m.
Providence Baptist Church
OH
Funeral services provided by:
CLOSED-Williams Funeral Services - Mansfield
MAKE A DONATION
MEMORIES & CONDOLENCES
Sponsored by CLOSED-Williams Funeral Services - Mansfield.
5 Entries
Deacon McDowell was a kind and faithful man. He helped anyone that he could and always considered others and the children. He was the one that named my boys "The Smiley Brothers" when they were small! He will be missed by the AFC church family. Sending prayers and my condolences to his children and family
❤.
Keisha McCraney
January 16, 2021
Thank you Wayne for demonstrating courage in your fight for women’s equality in the corrections system. Without your courage I may not have ever held the position of Deputy Director of Prisons. I feel much pride to have worked with you. Rest In Peace! Retired Deputy Director of Prisons, Toni Brooks.
Toni Brooks
Coworker
January 15, 2021
Wayne and I worked together at OSR and MANCI and I considered him a very good friend. I have fond memories of our graduation ceremonies for the high school inmates , and admired his legal work. Winning the lawsuit to enable women to work in the prison as officers and with equal pay was a step forward for many deserving females. He was very fair in dealings with inmates in the classroom. OSR was a nasty place and we were relieved to have new and better living conditions for the inmates at MANCI. I will miss Wayne. My deepest sympathies to his family and friends. Sincerely, Don
Don Jaenke
Coworker
January 15, 2021
Donna (Hamman) Love-Furr
January 14, 2021
Wayne lived a life that served his community. He has been a positive influence in my life. I have been impressed with what he has done for the community and his work with the NAACP Mansfield, Branch. A life well lived to serve his community.