John Leo Gibb
John Leo Gibb Age 81, of Walnut Creek, died Friday July 14, 2006 at Kaiser Hospital in Walnut Creek after a brief illness. He was born in Southport, England, on July 7, 1925, and moved to the Bay Area after World War II. He was employed for over 40 years as a systems analyst / programmer, most recently for Fireman's Fund Insurance. He was a long time resident of Marin County until his retirement to Walnut Creek. He was a communicant of St. Anne Parish, Walnut Creek. Mr. Gibb had a love for classical music and was a sought-after tenor. He sang with many choirs including the Winifred Baker Chorale, which performed with the San Francisco Symphony, the Marin Symphony, the San Francisco Civic Opera, the San Francisco Pops, and once at New York's Carnegie Hall. He is survived by his children John L. Gibb, Jr. of Sunnyvale, Sage Otterson of Sonoma, Paula Gibb of Los Angeles, Andrew Gibb of Novato, and Barbara Gibb of Foster City; a sister, Mary Holland of Walnut Creek; three brothers Frank Gibb, Monsignor Joseph Gibb, and Peter Gibb of England; five grandsons, and many nephews and nieces. His Memorial Mass will be at 11:30 a.m., Wednesday July 19th at St. Anne Parish, Walnut Creek. Interment is at Queen of Heaven Cemetery, Lafayette. Memorial gifts may be made to Oxfam America, 26 West Street, Boston, MA 02111, Doctors without Borders USA, P.O. Box 5030, Hagerstown, MD 21741-5030, or Catholic Relief Services, P.O. Box 17090, Baltimore, MD 21203-7090.
Published by Marin Independent Journal on Jul. 18, 2006.
To plant trees in memory, please visit the Sympathy Store.
MEMORIAL EVENTS
To offer your sympathy during this difficult time, you can now have memorial trees planted in a National Forest in memory of your loved one.
MAKE A DONATION
MEMORIES & CONDOLENCES
4 Entries
Dad - We love you and miss you. May you rest in peace in the Lord.
Love, Barbara and Alvin
Barbara Gibb
July 20, 2006 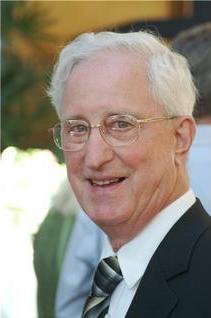 July 20, 2006
Offering our deepest condolences during this difficult time.
The staff of Magleby's Oak Park Hills Chapel
July 18, 2006
Dear Folks,
It was with sadness that we read about your father's death.
There were many pleasant memories of the neighborhood in Terra Linda. The Buckley, Baca, Haupt and Gibb families were all part of St. Isabella's parish at the same time.
Be assured of our thoughts and prayers
Margaret Haupt
July 18, 2006
Showing 1 - 4 of 4 results