BORN
1943
DIED
2018
John Monteith Gray, M.D. John Monteith Gray, M.D., one of the Bay Area's leading orthopedic spine surgeons, passed away peacefully at his home in Windsor on the morning of January 17, 2018. Dr. Gray had been battling cancer. At the time of his death, John was surrounded by his beloved wife Nancy, his dog Sadie, and close friends and family. Dr. Gray was the youngest of two children born to the late Margit and Donald Monteith Gray on May 27, 1943. Dr. Gray was extremely proud of his heritage, of growing up in Kansas City, his Scottish, English, Welsh and Swedish lineage, and his family. His father Don was a vice president of Hallmark International; his mother Margit was a home economics teacher and dedicated homemaker, and his "second mother" Frances (Keeney) Gray, was a lead artist for Hallmark. After receiving a BA from Westminster College in Missouri, and attending medical school at the University of Kansas, Dr. Gray headed to the West Coast to complete his orthopaedic residency training at the University of California in San Francisco, and fell in love with the Bay Area. He continued his studies to complete his postgraduate training at Harvard Medical School in Boston. As a lieutenant commander in the U.S. Navy, Dr. Gray served as Chief of Orthopaedics at Roosevelt Roads Naval Hospital in Puerto Rico. After his tour of duty, Dr. Gray returned to the Bay Area in 1978 to begin his long-standing private practice of Pediatric Orthopedics and Orthopaedics of the Spine. He was on staff at California Pacific Medical Center for 35 years, as well as Marin General, Santa Rosa Memorial, and Sutter Santa Rosa Hospitals. He specialized in scoliosis in adult and pediatric patients, spinal deformities, and degenerative conditions of the spine. He was well known for his proactive conservative approach to back care, and taught his patients a "back safe" lifestyle to prevent back pain and reduce the need for surgical intervention. Dr. Gray was widely respected by his colleges and a father figure to many of his young scoliosis patients. He was chosen by his peers as one of the top 100 doctors in the Bay Area, one of only 10 orthopedic surgeons to receive this prestigious award. Dr. Gray trained numerous orthopedic and pediatric residents and attained the level of Full Clinical Professor of Orthopedic Surgery at UCSF. In addition to his busy practice, he volunteered his time for many years at Shriner's Hospital in San Francisco in surgery on extremely complex spinal deformities in children. Dr. Gray was on the Board of Trustees at Unity in Marin, where he met and married his wife Nancy. The couple loved living in the wine country, exploring wineries and the richness of beautiful Sonoma County. As his friends knew, Dr. Gray had a delightfully dry sense of Midwestern-style humor. He was a passionate music fan, played guitar, sang in his church choir, and loved bands of the '60s, especially Peter, Paul and Mary. But his favorite pastime was his spectacular garden filled with roughly 150 rose bushes, a fruit orchard and a vegetable garden with 20 different varieties of heirloom tomatoes that he famously distributed among friends and co-workers. He would joke that like the rich who make money while they sleep, his tomatoes were growing while he was in surgery, and that made him a truly wealthy man. For everyone who knew him, John was one of the most gracious, generous, kind, and loving gentleman they ever met. Mourning him are his wife Nancy Gray and her family; sister Susan Gray Detweiler and her husband Will Detweiler of Philadelphia; sons Andrew, Alexander and Logan Gray of Melbourne, Australia; nephew John Detweiler of Philadelphia and nieces Margit Detweiler of Brooklyn, New York and Sara Gray Detweiler Loughman of Farmington, Connecticut. Nancy Gray would like to invite all to join in a celebration of Dr. Gray's life that will be held on March 24, 2018 at 2:00pm at Unity in Marin, 600 Palm Drive, Novato, CA. Spring was his favorite season. Please visit http://memorialwebsites.legacy.com/johnmgraymd/homepage.aspx to be posted of further details on the memorial service or to leave a memory or a tribute to Dr. Gray. In lieu of flowers, honorary contributions can be made to North Bay Fire Relief Fund (Redwood Credit Union) to support those affected by the recent North Bay fires.
Published by Marin Independent Journal from Jan. 27 to Jan. 31, 2018.
To plant trees in memory, please visit the Sympathy Store.
MEMORIAL EVENTS
Mar
24
Celebration of Life
2:00p.m.
Unity in Marin
600 Palm Drive, Novato, CA
MAKE A DONATION
MEMORIES & CONDOLENCES
Sponsored by MarinIJ.com.
12 Entries
This is my email address in regards to the photo below taken in Boston Email: [email protected]
John Hagy
September 22, 2021 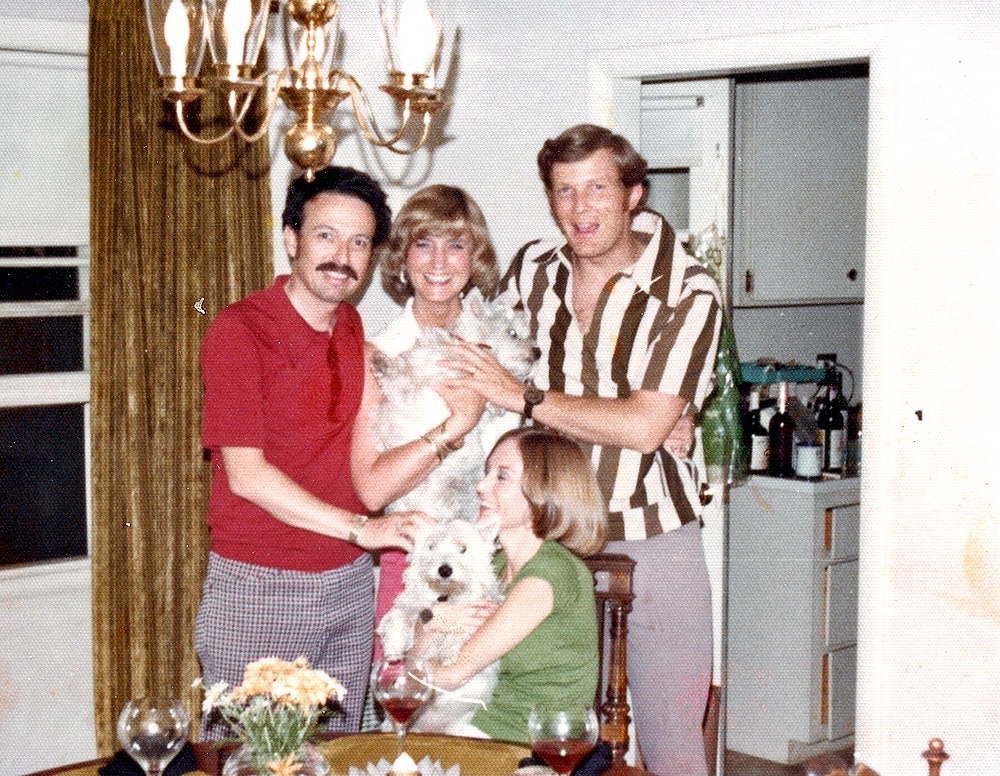 Sorry to hear of John passing. I think I know him. Attached is a picture taking a long time ago in Boston. I am the one on the left.
John Hagy
Work
September 18, 2021
John was a special and memorable one of kind person, and I think of him often and was so saddened to recently learn of his passing. We were SAE fraternity brothers at Westminster College, Class of 1965 and roomed together in the fraternity house while he was fraternity President, and I was VP. The mention of his love for 60's music, especially Peter, Paul and Mary, in the obituary brought tears to my eyes. To this day, every time I hear 500 miles I remind my wife, Joanna, that John and I often fell asleep listening to it. In fact, as I write this, 500 miles by Peter, Paul and Mary is playing in the background. Go bless you John and your family.
Stephen Handel
Friend
July 16, 2019
I was so saddened to learn of Dr. Gray's passing. He held an important place, professionally, in my heart. While I was the Pilates Director at Mill Valley Health Club and Spa for over 15 years, Dr. Gray took a keen interest in the value of incorporating Pilates exercises into the treatment of people with scoliosis. Dr. Gray referred me many, many patients over the years, included me in his physical therapy staff continuing education, graciously provided my own teaching staff invaluable training - and was an all-around advocate for Pilates. My heart goes out to Nancy and family. May his name always be a blessing.
Carol Appel
Teacher
February 8, 2018
Nancy,
So very sorry to hear of John's passing. Our hearts are broken for you and family. He was a wonderful man.
I always enjoyed your visits to the winery, you were one of my favorite couples. Please keep in touch my email is [email protected]
Again our condolences for your loss.
Debbie Tomei
February 7, 2018
I was very, very sadden to read the passing of Dr. Gray. He was my daughter's orthopedic doctor and surgeon. It was July 2007 when he operated on my then 17 year old daughter from scoliosis. We remembered him being very meticulous about her surgery. He was a warm, very caring, supportive and professional doctor. On some doctor appointment visits, we noticed he wore aloha shirts and we commented how casual he was with a big smile. We will never forget the kind and caring treatment/advice we received from him as a patient and a concerned parent.
wanda lew
February 5, 2018
I was so sorry to hear of Dr. Gray's passing. He was a great
Surgeon but what touched me was his kindness and
Respect to the staff. He was always gracious and never
Lost his calm demeanor & sense of humor.
It was an honor to have worked in the O.R. With him.
Anita Sirianni
February 3, 2018
So very sorry to get the news. Dr. Gray & I worked together for many years & he was a delightful, compassionate man. It was a privilege to have known him. One will never meet a kinder, more decent physician & friend.
sally griesbach
January 30, 2018
John and I were fast friends from our days at U.S. Naval Hospital Roosevelt Roads, PR. We spent many an afternoon on the water on his sailboat and shared experiences about which we would reminisce for years hence. He was a fine physician, a true gentleman, and a trusted friend. We will miss him.
James "Judge" Hicks
January 29, 2018
So very, very sad to hear this news. Dr. Gray was a very special person. He was a real gentleman who was always thoughtful and kind. He had words of encouragement for his patients and those of us working around him. He was always a pleasure to work with. He was really one of a kind.
Charlotte Moore
January 29, 2018
Dr. Gray performed the surgery for my scoliosis back in the early 70s. I was only 11 but I remember him well. He was a kind man to a scared little girl. I am forever grateful for his passion for the work. My thoughts are with his family.
Kim Kirley
January 28, 2018
I'll miss you, Dr. Gray!!!!!!!
Jennie Thompson
January 27, 2018
Showing 1 - 12 of 12 results