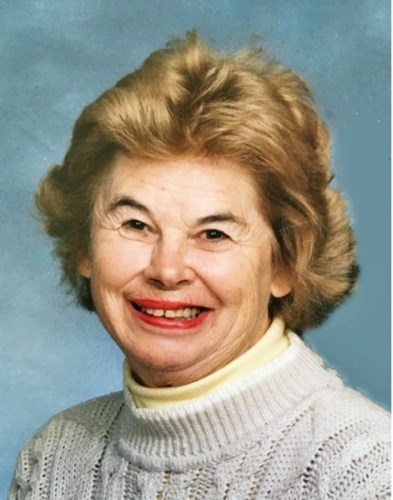 BORN
1919
DIED
2016
Patricia Bentley Hooper Age 96, died peacefully on April 21 at the Kindred Care Center in Greenbrae, where she was receiving rehabilitation for a back injury. She is survived by her three children, Judith Hooper of Amherst, Mass., Rachel Hooper of Kentfield, and Roger Hooper of San Rafael; three grandsons, Nathaniel and Andrew Zingg, and Jacob Teresi; her sister, Diana Harbaugh; and many nieces and nephews. Born Patricia Jane Bentley in Pasadena, California, in 1919, the second of five children, she grew into a fearless tomboy on her father's walnut ranch in Dundee, Oregon. Having skipped two grades in school, she was the smallest in her class but had no problem asserting herself. After her family relocated to California in the late 1930s, she earned an associate degree at San Mateo Junior College. In 1943, she was accepted into a classified program, the Women's Air Raid Defense (officially civilian but paid by the army), and crossed the Pacific in a blacked-out troop transport ship to Honolulu. There she and over one hundred other women worked in shifts in a bomb-proof underground bunker in the Air Defense Command Center for the Hawaiian Islands, mapping the skies via radar and radio signals "It was a very secret place, and you'd see all the top brass there," she would recall. She advanced from "plotter" to the more senior job of "filterer" (for which the army sent her to radar school), mastered the hula, and met a young naval officer, Roger Hooper, whom she married in 1946. After a year in Boston, where Roger completed architecture school, they drove across the country in a car known as the "red zephyr" and settled in Marin, ultimately in Ross. Galvanized by the campaign to save the Point Reyes National Seashore, Pat went on to take a course with the Marin Environmental Forum, and later served on the board of the Marin Conservation League. She was an able committeewoman, serving as head of the Branson Parents Association, and a board member of the Lagunitas Country Club, among other posts. Throughout her life, she was passionate about electoral politics. Pat had a great gift for friendship. She organized play-reading groups, theater-going groups, wreath-making teams, tennis foursomes, and other groups. In her later days, she and four friends had a Thursday group that would explore Bay Area places that none of them had ever seen. She was great company and her family and friends loved her. For those who wish, gifts in Pat's memory can be made to the Marin Conservation League. A memorial service will be held on Saturday, May 28 at 2:00 pm at St. John's Church in Ross.
Published by Marin Independent Journal from May 7 to May 15, 2016.
To plant trees in memory, please visit the Sympathy Store.
MEMORIAL EVENTS
May
28
Memorial service
2:00p.m.
St. John's Church
Ross, CA
MAKE A DONATION
MEMORIES & CONDOLENCES
Sponsored by MarinIJ.com.
2 Entries
It can be so hard to face the first year without your loved one, but the love of family and friends can carry you through.
Annie Horne
May 11, 2016
May the God of all comfort be with the entire family. He can give us comfort regardless ofhow distressing our situation may be. His Word assures us: "He is near toallthose calling upon him, ... and their cry for help he will hear." (Ps. 145:18,19)
May 11, 2016
Showing 1 - 2 of 2 results