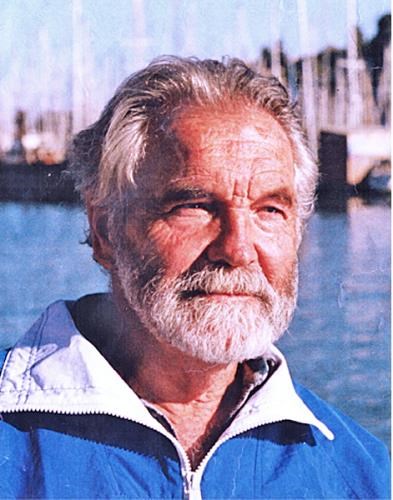 BORN
1927
DIED
2016
Thomas Zarraonandia July 17, 1927 Sep. 19, 2016 "All the flowers of all the tomorrows are in the seeds of today" Basque Proverb. Passed away from natural causes peacefully at home surrounded by his family and his art. Tom was a first generation Basque American born in White Plains, NY. Graduated from White Plains High with honors, the Terry Art Institute in Miami and the Univ. of Miami in art history. Tom joined the US Navy at age 17 during the last year of WWII. Tom met Dorothy "Kiki" Acton in the 1950's while both worked at Miami International Airport. They were married in 1955 in Florida. The family moved to Southern California in 1960. Tom became Vice President of Barclays Bank of CA in 1971 in San Francisco. Tom retired from banking and continued his love of painting at his gallery Studio Z in Sausalito. Tom also enjoyed tennis, gardening, and country music. His greatest passion was spending time with his nine grandchildren: Christopher, Samuel, Angela, Madelyn, Chelsea, Nikki, Brooks, Steven and Luke. Tom loved to tell his tales of his adventures being of "on board ship" in the Navy. He was a wonderful athlete and could twirl a baton and figure skate better than anyone. Tom was preceded in death by his parents, Domingo and Anjela Zarraonandia, his wife Dorothy, brothers, Juan Cruz, Don Domingo and Emeterio, sister-in-law Geraldine, sister Bette and brother-in-law Howard Barwick. Tom is survived by his children Anne (Kim), Carrie (Heidi), Donald (Lisa), Thomas (Sherri) and Michael, sister Ann and brother-in-law Ed Rogers, sister-in-law Sue Z. Paulson and many nieces and nephews. A Celebration of Life is planned for November 5, 2016 at the Marin Rod and Gun Club. Please RSVP to Anne at [email protected] In lieu of flowers please make a contribution to Hospice by The Bay or the American Cancer Society.
To plant trees in memory, please visit our Sympathy Store.
Published by Marin Independent Journal on Sep. 25, 2016.
MEMORIAL EVENTS
No memorial events are currently scheduled.
To offer your sympathy during this difficult time, you can now have memorial trees planted in a National Forest in memory of your loved one.
MAKE A DONATION
Please consider a donation as requested by the family.
MEMORIES & CONDOLENCES
Sponsored by MarinIJ.com.
2 Entries
What a wonderful tribute to a Renaissance Man. It is an honor to know him through your words. Bless his rich life and all those he cared for.

with our best,
Lua Hadar and Hamilton Everts
Lua Hadar
October 19, 2016
To the Zarraonandia family,
My condolences to your family. Thomas was a very special man who enjoyed his life, his family and his art. I only knew him from his visits to the lab at Kaiser and I so admired his joy and strength. I have one of his paintings in my home and I enjoy it everyday. He will live long in my memory.
Mary Ellen Toll
Maryellen Toll
September 26, 2016
Showing 1 - 2 of 2 results