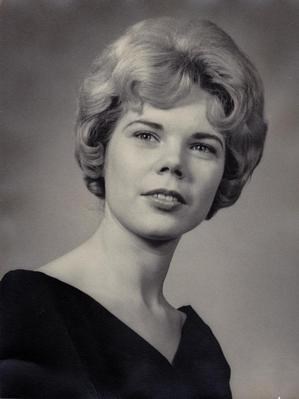 Gaye is preceded in death by her husband, Marvin; sisters, Janis and Theresa; and her brothers, James and Charles.

She is survived by her son, Mark, his wife Jennifer; her grandchildren, Isabelle, Luke, Emily, Sarah and Margarette; and her sister, Marlene Haught.

Gaye graduated from Marion Harding High School in 1961 and attended The Ohio State University. She retired from the Stofcheck ambulance service where she served as the Dispatcher Supervisor for over 24 years.

She had a passion for her family and the people she served in the community.

The family asks that in lieu of flowers that a contribution be made to the American Cancer Society.

On line condolences to the family can be made at www.boydbornfuneralhome.com.


To plant trees in memory, please visit our Sympathy Store.
Published by Marion Star on Sep. 18, 2013.
MEMORIAL EVENTS
No memorial events are currently scheduled.
To offer your sympathy during this difficult time, you can now have memorial trees planted in a National Forest in memory of your loved one.
Funeral services provided by:
Boyd Born Funeral Home
MAKE A DONATION
Please consider a donation as requested by the family.
MEMORIES & CONDOLENCES
7 Entries
So sorry to hear of Gayes passing. We
attended Marion Christian Center for
many years and she hired me to work
at Stofcheck. I will always cherish her
memory. She was a great lady and friend.
Mary Cleland
September 22, 2013
I am so sorry to hear of Gaye's passing.I remember her from school and also from Wesley UM. God bless youand your family.
Sharon Graham
September 21, 2013
Mark and family, I am sorry for your loss. She was a great lady. I will always cherish the fond memories of her as she visited with my grandmother. Condolences to you and your family.
Amy Butz (Nash)
September 21, 2013
Dear Mark & family,
We were so sorry to hear of your Mom's passing. I worked with her at Stofchek's from 2000-2003. She was a great person. You have had difficult losses this past decade. You & your family will remain in our prayers.

Phyllis & Vic Mahaffey
September 19, 2013
Mark and family, we are so sorry to hear of your mom's passing. We loved both your mom and dad. Steve has fond memories of going fishing with her when we went to Florida together to a worship conference in 1990. We will be out of town, so will miss your service, but are with you in spirit.
Kay Fox
September 18, 2013
My condolences to the family.
May God give you comfort during this difficult time and know that he is the hearer of prayers and he will comfort his mourning ones . Isaiah 51:2
September 18, 2013
Dear Mark and Family,
I was sorry to learn of your mother's passing. She was a very supportive mother at Oakland School when you were a special student in my third grade class.
Donna Lawrence
September 18, 2013
Showing 1 - 7 of 7 results