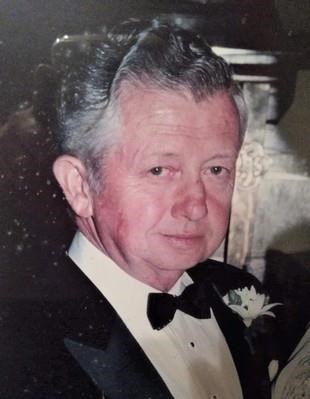 John was born in Printer, Kentucky, on February 26, 1932 to the late Henry and Alice (Layne) Spurlock. He graduated from McDowell High School in Printer, Kentucky, in 1952. He joined the U.S. Army and served in Germany from January 1953 to December 1954 as a Corpsman. After marrying the love of his life Gladys on October 26, 1957, they settled in Prospect, Ohio, in 1961.

He worked as a metal worker in Marion, Ohio, for Marion Metal and Sycon Corporation. He then retired after being the janitor for Elgin High School. He was an avid hunter and gardener.

He was preceded in death by his wife Gladys Pauline "Polly" Spurlock, his younger brother Burl H. Spurlock, and his older sister Virginia Allsbrook.

Condolences may be expressed to the family online at www.boydbornfuneralhome.com.

Published by Marion Star on Jun. 9, 2019.
To plant trees in memory, please visit the Sympathy Store.
MEMORIAL EVENTS
Jun
12
Calling hours
4:00p.m. - 7:00p.m.
Boyd Funeral Home
122 W Columbia Street, Marion, OH
Jun
13
Service
11:00a.m.
Boyd Funeral Home
122 W Columbia Street, Marion, OH
Funeral services provided by:
Boyd Funeral Home
MAKE A DONATION
MEMORIES & CONDOLENCES
Sponsored by Boyd Funeral Home.
2 Entries
My deepest sympathies to your family.
John was such a wonderful man. I enjoyed our talks at Elgin. He was such a hardworker.
May God's peace be with you all.
Tanyce Addison
Tanyce Addison
June 11, 2019
So sorry for your loss. Wayne was a friend of John and enjoyed there visits.
Bobbie Seiter
June 11, 2019
Showing 1 - 2 of 2 results