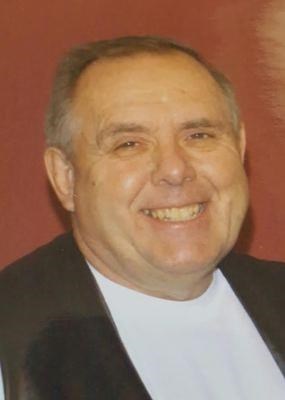 MARION: Stephen A. "Steve" Pyrett, age 62 of Marion, Ohio formerly of Chippewa Lake, passed away Friday, September 16, 2016. He was born July 25, 1954 in Frankfort, MI the son of Jacob and Thelma (Lynch) Pyrett. Steve graduated from Chippewa Hills High School in 1972 and married his high school sweet heart and the love of his life, Roberta Squires from Barryton. They began their married life in Big Rapids, then moved to Grand Rapids where Steve graduated in Bio-med Technology. After graduation, his career was in management and most recently as a crane inspector.

Steve was a devout Christian and family man. He was always cheerful, smiling and quite the practical joker. He would help anyone in need. He was an avid fisherman and enjoyed being outdoors. He enjoyed spending time with family, especially his children and grandchildren, whom he loved dearly.

Steve was a man of many talents. He was known as "Mister Fix It". He was an licensed ham radio operator. Steve had a love for music and was a bass player in various bands.

Steve was preceded in death by his father, Jacob Pyrett in 1969.

Funeral services will take place 1:00 p.m. Friday, September 23, 2016 at the Daggett-Gilbert Funeral Home in Big Rapids MI with Pastor Ken Krause officiating. The family will have visitation hours at the funeral home two hours prior to services, from 11:00 a.m. to service at 1:00 p.m.

Burial will be at the Chippewa Lake Cemetery. Memorial contributions in Steve's name may be made to donor's charity of choice. Share a memory or condolence with the family at www.daggettgilbertfuneralhome.com


To plant trees in memory, please visit our Sympathy Store.
Published by Marion Star on Sep. 21, 2016.
MEMORIAL EVENTS
Sep
23
Funeral service
1:00p.m.
Daggett-Gilbert Funeral Home, Inc. - Big Rapids
13985 Northland Drive, Big Rapids, MI 49307
Funeral services provided by:
Daggett-Gilbert Funeral Home, Inc. - Big Rapids
MAKE A DONATION
Please consider a donation as requested by the family.
MEMORIES & CONDOLENCES
Sponsored by Daggett-Gilbert Funeral Home, Inc. - Big Rapids.
10 Entries
God be with you and yours Roberta, he loves you and your kids and grands very much.
Catherine
March 24, 2018
Hi Steve, I'm in tears because I only found out today of your passing. It was a pleasure to work with you! Your gentleman mannerisms stood out! It's truly a sad day after hearing this news. Such a hardworking family man! All you talked about was your wife and grandbabies.....You are in a better place my friend....Rest in peace and in power! Hey Steve....Say hello to my Daddy Allan Marcellin whom I just lost in May! Rest my friend.....rest
Sharon
August 15, 2017
Robeta This is Donna Roper from Lexington Ky(Garden Ridge) . I have been wanting to reconnect with you amd foynd this in the internet. I am so very sorry for Steves passing. I would love to talk to you again
My number is 859 4330251
. My life has taken a different direction but i remain under the watchful arms if God. DONNA
Donna Roper
July 31, 2017
Beth,

I am so sorry for your families' loss! I thought your father was a wonderful man and I am sure he will be missed greatly by everybody who knew him. My prayers are with you and your family during this rough time. If I can do anything for you in your time of need, please let me know. God will get you through this.

You and your family will be in my prayers.

Thinking of you and praying,
Dayle (Jayme's mom)
Dayle Leavh
September 22, 2016
you who knew steve, know what a good man he was, he loved is family and his music, we had so many talks when he work on the crane,
I operated he will be missed by us all STEVE ( GATOR ) EACHES
September 22, 2016
Just wish to tell you the family how sorry i am for Steve and his passing. I have known him for over twenty years and he taught me all i know about cranes and being safe! He was my mentor and friend and will miss his visits when he came to whirlpool. Shared laughs and family moments and of course our talks of faith. There will be much learned from all of this and it will be because of who Steve was to us all. May our Lord and God be with you and bless you all and make your suffering short!
Carl Everly
September 22, 2016
prayers for the family, friends and co-workers . it was a pleasure to meet and work with Steve at Whirlpool. He will be missed.
janet everly
September 22, 2016
My deepest sympathy to the Pyrett family. May he rest in peace.
September 21, 2016
My deepest sympathy for the family he was a great man loved his family so much. He would do he's paper work in my office when he was at Whirlpool and we would talk family's and his music all the time.He will be missed by all that knew him. Hug's and Prayer's ,Judy Cox
Judy Cox
September 21, 2016
With deepest sympathy
Bernadette and Mark Jaenke
September 21, 2016