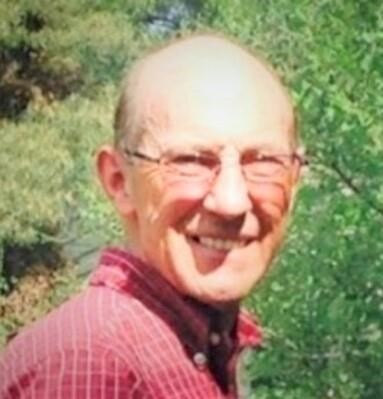 On April 2, 1947, Bill was born in Cadillac, Michigan, the youngest of four children of the late Clayton R. and Minerva R. "Pat" (Kellsey) Brown. He attended Grand Rapids Central High School in the class of 1966. He also furthered his education at Grand Rapids Jr. College.

Bill met his future bride, Debbie Mitchell in Cadillac, Michigan in 1971. They were marred on February 10, 1973 in Grand Rapids, Michigan. Together they shared forty seven years of marriage.

Bill's natural ability to interact with all people led him into the sales field. He excelled in many different industries during his career and ultimately settled into the hearing aid industry. His position with Dahlberg Electronics, a subsidiary of Miracle Ear, took him to Columbus, Ohio in 1989.

After nearly thirty years in the industry, Bill ventured out on his own acquiring the Marion Hearing Aid Center in Marion, Ohio, in 1997. He grew the business from a bin of files to a successful operation with two satellite offices in Bellefontaine and Kenton. He took great pride in trying to improve the lives of his customers by improving their hearing. He retired 2015.

Back in 1984, Bill was among the founding members of the Down Syndrome Association of West Michigan, in an effort to give his daughter, Patti, every opportunity she could want. Bill was active with The Special Olympics for twenty plus years, and was proud to be Patti's golfing partner. After retirement, Bill and Debbie became members of the Mt. Vernon Ave. Church of Christ.

An avid hunter, Bill enjoyed going down to southern Ohio during hunting season with his former son-in-law, Ed.

A wonderful husband, father, and grandfather, Bill especially loved spoiling his daughters and granddaughters every chance he got. He had a heart of gold, and was always willing to lend a helping hand for his family and friends. He had a laid back, easy going personality that made him fast friends with everyone.

Including his parents, Bill was preceded in death by two siblings: Carol and Donald Brown.

Memorial contributions may be made to The Special Olympics, (https:give.specialolympics.org), or to OhioHealth Hospice, (https://foundation.ohiohealth.com/programs/hospice-giving).

On behalf of their family, they would like to extend a heartfelt "Thank you" to Brenda Ruth owner of Heart to Heart Caregiving of Columbus and Marion and OhioHealth Hospice of Riverside.

Snyder Funeral Homes of Marion are honored to serve Bill's family and your condolences may be expressed to them by visiting www.SnyderFuneralHomes.com.