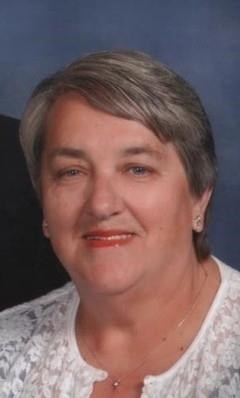 Beverly was born in the Town of Frankfort on June 10, 1946 to Loren and Amanda (Viegut) Winistorfer. She attended Stratford Schools and graduated in 1964.

She was united in marriage to Robert E Aschenbrenner on May 14, 1966 at Sacred Heart Catholic Church in Marshfield. Beverly and Robert had just celebrated 50 years of marriage.

Their married life together started in Rockford, IL where they resided for two and a half years. After this they relocated back to Stratford where they have lived for the remainder of their time together. Beverly spent the majority of her working years as the Manager of Green Roof Investments in Marshfield, overseeing numerous rental properties.

Beverly's hobbies included but were not limited to softball, racing, hockey, Stratford sports and the Star Club program that was instrumental in starting a little league baseball program in the Village of Stratford. She was an active member of Zion Lutheran Church. Beverly was a devoted wife, mother, grandmother, sister and aunt. She loved getting together with family and friends, and also making conversation with anyone who "looked familiar".

She is preceded in death by her parents Loren and Amanda; sister Marcia (Wilbur) Bolen, brother Lamar Winistorfer, brothers in law Harold Custer and Donald Hoesly, father and mother in law Robert and Lovilia Aschenbrenner.

Published by Marshfield News Herald on Jun. 9, 2016.
To plant trees in memory, please visit the Sympathy Store.
MEMORIAL EVENTS
Jun
9
Visitation
3:00p.m. - 7:00p.m.
Zion Lutheran Church
WI
Jun
10
Visitation
12:00p.m. - 2:00p.m.
Zion Lutheran Church
WI
Jun
10
Funeral service
2:00p.m.
Zion Lutheran Church
Stratford, WI
Funeral services provided by:
Rembs Funeral Home - Marshfield
MAKE A DONATION
MEMORIES & CONDOLENCES
Sponsored by Rembs Funeral Home - Marshfield.
18 Entries
Add your message here.So sorry to hear of Bev's passing, she was always so considerate when members of my family passed away, my brother Mike and parents Evelyn and Leland, our thoughts and prayers are with you
Kathy neustel Neustel
July 1, 2016
Bev was always wonderful to work with, and she brought a positive spin to paying rent each month! She always took time to genuinely care about others, and was quick to weave in stories about her children and grandchildren - attending the races w/ Bob and the racing community brought much joy to her, as well-
Deepest sympathy to Bob and your family, and please be assured that you'll be in my thoughts and prayers- i feel fortunate to have had the priviledge of knowing Bev- she surely will be missed, but her legacy will continue through her family!
Deb Martin
June 12, 2016
Our thoughts and prayers are with you Bob and your family. I went to school with Bev and remember her as a very caring and giving person. She would always do an excellent job organizing and managing our class reunion. She will be deeply missed by many!!!

Rich and Polly Seidl
Woodbury, Mn.
June 11, 2016
When I was a baby my aunt and uncle got married and every time someone put set me down, Bev ran over and picked me up. She did not like it when I was not held and snuggled 100% of the time.
Katie L
June 10, 2016
Our thoughts & prayers are with you Bob and the family. She will be greatly miss in our town. She was a super lady. Jim & Mary
Jim & Mary Weigel
June 10, 2016
Bev will be missed by the racing community. She was always excited about racing and her and Bob could be seen at races across the Midwest. We will miss you.

John R.Beale
June 10, 2016
I am so sorry to hear of Bev's passing. She was such a great person with a great family. I will never forget the time our family worked with her on Stratford's little league program. She was an asset to the community and all she touched
John Fischer
June 10, 2016
Sincere condolences to the entire Family of Beverly. At SHS, she always had a smile and was carrying books in the halls. Her untimely passing causes her to be missed tremendously by many in the local community. May God grant her eternal rest and peace.
John Keller
June 10, 2016
Beverly and I played softball together and against each other for years in late 70's and early 80's. Lots of fun times
June 10, 2016
Our prayers are with her family through this hard time.She was a wonderful lady and will be missed dearly.
June 9, 2016
Will miss her smile and warm hugs on my visits home. Sending prayers for the family.
Carol (Schoenherr)Dalton
June 9, 2016
Deepest sympathy to the family
Delmar and Jodene Leffel
June 9, 2016
Our sincere sympathy to the Aschenbrenner family and the Winistorfer siblings, etc. We've know Beverly since she was in grade school and Sunday School at Zion Lutheran when we were there from 56 to '64( where Carol's Dad was pastor.) Beverly always made a point to visit with us when we came to worship at Zion once a year at Zion.
So sorry to hear of your loss. You are in our prayers. Carol and Don Reichert
Carol Reichert
June 9, 2016
We are sending our heartfelt love and condolences to all of you, Bevs family. You were her pride and joy. The sorrow we feel is so much. We wish we could be there with all of the many friends to comfort and console you. Please accept this prayer in our hearts and blessing being sent. We Love all of you. We Loved Bev♡
Deb, Mike and Isabella Gaziano
June 9, 2016
Sorry to hear of your loss. Bev and I were classmates and she will be remembered for her hard work and enthusiasm for the class reunions. Sincere sympathy to Bob and family at this time of sorrow.
Ruth (Weis)Odau
June 9, 2016
My deepest sympathy to Bev's family. Bev & I were classmates & graduated together. I will always remember her as one of the most kind and sweet people in our class. We were fortunate to reconnect many years later on Facebook, and I'm so glad to have called her my friend. My thoughts and prayers are with her family at this sad time.
Patti Laessig
June 9, 2016
We will miss seeing her at the races. She always had a smile.
Dale & Lynn Louze
June 9, 2016
God Bless your family through this time. . our thoughts and prayers are with you!! Could not believe the news when we heard. . So many great memories with Bev and your family during our racing career. . She will truly be missed!!!
Troy and Joelle Nelson and Family
June 8, 2016
Showing 1 - 18 of 18 results