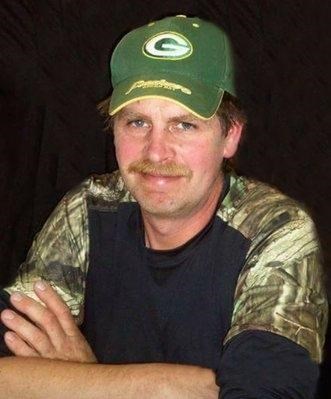 Age 50, of Spencer died Sunday, November 29, 2015 as a result of a hunting accident near his residence.

A Mass of Christian Burial will be held at 11AM on Saturday, December 5, 2015 at Christ the King Catholic Church in Spencer with Rev. Samuel Martin officiating. Family and friends are invited to gather on Saturday at the church in Spencer from 9AM until time of services. Serving as active pallbearers will be Chris Weiland, Bob Rindfleisch, Keith Nemec and Jeremy Kilty. Honorary pallbearers will be his nieces and nephews. Committal services for Mark will be held privately at a later date.

Mark Francis Bychinski was born on March 8, 1965 in Marshfield, the son of Valerian and Donna (Bloom) Bychinski. As a young boy, he worked on his parent's farm willing to get up early to tend to the chores before school started. After graduating from Spencer High School and attending classes at North Central Technical College, Mark continued with his love of farming and eventually purchased the family farm.

His hobbies included bowling and hunting. Mark was involved with the Spencer FFA and Spencer 4H groups offering his time and talents to both. He was a member of the Marathon County Holstein Breeders Association.

Survivors include his parents Valerian and Donna Bychinski of Spencer; one brother Matt Bychinski of Spencer; three sisters: Rebekah Pockat of Wausau, Sarah Bychinski of Spencer and Annah (Steve) Nigon of Spencer; his nieces and nephews: Jacob, Sam and Marissa Nigon Keith, Thomas and Dawn Bychinski, Harleigh and Shelbi Hoefs, Courtney Wrycha and Andrew Pockat; a great niece and nephew: Preston and Neveah Imig; his true and trusted canine companion farm dog "Ruby" along with many of relatives and friends.

In lieu of flowers, the family is accepting memorials in Mark's name for a charity to be determined later.

Published by Marshfield News Herald on Dec. 3, 2015.
To plant trees in memory, please visit the Sympathy Store.
MEMORIAL EVENTS
To offer your sympathy during this difficult time, you can now have memorial trees planted in a National Forest in memory of your loved one.
Funeral services provided by:
Life Tributes Funeral Home & Cremation Service
MAKE A DONATION
MEMORIES & CONDOLENCES
6 Entries
May the Lord Jesus Christ take Mark to his side, and may he bless and comfort Val, Donna, Matt, the girls and all the Bychinski family after this terrible tragedy. Marguerite, Brian & I want you to know that our prayers are with you during this difficult time. We will always remember the kindness that Mark showed us during our visit to Spencer.
Joe Baumgartner
December 6, 2015
May God give you strength as you grieve the loss of your loved one.
John and Cheryl Esselman
December 3, 2015
Our deepest sympathy to Mark's family in your tragic loss. Prayers are with you!
Rick & Kathy Seefeldt
December 3, 2015
My deepest sympathy to the members of your family at the loss of a dear family member.
Joan Stelzl Will
December 3, 2015
So sorry for your loss
Ed and Nancy Kulas
December 2, 2015
Bowling will not be the same without you. You'll be sadly missed
Patrick Hollar
December 2, 2015
Showing 1 - 6 of 6 results