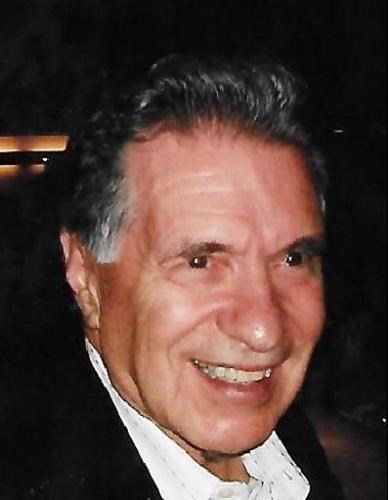 BORN
1931
DIED
2021
FUNERAL HOME
Beers & Story Funeral Home - Palmer
1475 North Main Street
Palmer, MA
Charles A. Furgal, 89, passed away Sunday, September 19, 2021 after a period of declining health. He was born Dec. 3, 1931 in Gilbertville, MA, the youngest of five children of Kazimierz Furgal and Rosalia (Juszczyk) Furgal. Charles was raised in Gilbertville, graduating from Hardwick High School, class of 1949. He served in the United States Navy from June 18, 1951 to June 14, 1955 aboard the USS Amphion at the US Naval station in Norfolk, VA. Charles earned his apprenticeship for steamfitter on October 10, 1959. He was a license pipefitter and member of local 104 of the United Association of Plumbers and Pipefitters in Springfield, MA for 40 years before his retirement in 1995. Charles was predeceased by two sisters, Statia Stickles of North Brookfield, MA and Natalie Pelski of Ware, MA; and two brothers, Frank and Joseph Furgal, both of Wilbraham. Charles is survived by his beloved wife of 60 years, Helen (Koziol) Furgal of Palmer; son Charles, wife Marybeth and grandson Raymond of Oxford; and granddaughter Morgan of Grafton; daughter, Rosanne (Furgal) Turner and husband Bruce of Palmer; and numerous nieces and nephews. Charles was a communicate of Divine Mercy Church in Three Rivers. A graveside service will be held at St. Peter and Paul Cemetery at the convenience of the family. Beers & Story Palmer Funeral Home was entrusted with the arrangements. To send online condolences please visit www.beersandstory.com

Published by The Republican from Sep. 20 to Sep. 21, 2021.
MEMORIAL EVENTS
To offer your sympathy during this difficult time, you can now have memorial trees planted in a National Forest in memory of your loved one.
Funeral services provided by:
Beers & Story Funeral Home - Palmer
MAKE A DONATION
MEMORIES & CONDOLENCES
Sponsored by The Family.
2 Entries
There are no words to soften the pain.May you and your Family be comforted by the love that surrounds you. So deeply sorry for your loss.My prayers are with you.Sending love.
Betty (Pelski) Morin
Family
September 26, 2021
Dear Helen, Rose and family, We are so sad to hear of Charlies passing today, and want to pass along our thoughts and prayers. You were such great neighbors and remember all the Polka Dances we spent there. God Bless, Dave and Rose Motyka South Windsor, CT
Dave And Rose Motyka
September 21, 2021
Showing 1 - 2 of 2 results