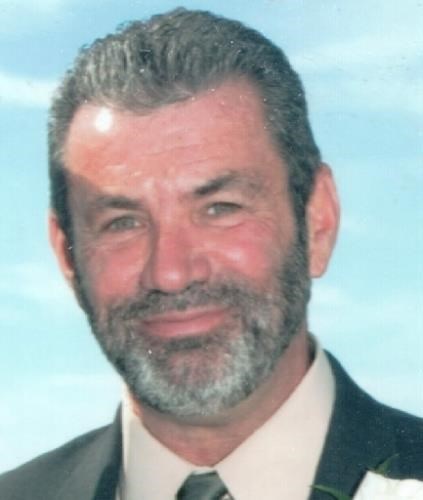 ABOUT
West Springfield High School
FUNERAL HOME
Curran-Jones Funeral Home - West Springfield
109 Main Street
West Springfield, MA
Gary A. Croteau, 67, died unexpectedly Nov. 20th at Baystate Medical Center. Gary was born in Springfield, son of the late George and Theresa (Wells) Croteau. He grew up in West Springfield and lived in Agawam for 21 years before returning to West Springfield. A 1972 graduate of West Springfield High School, Gary began his career alongside his Dad George at Moore Drop Forge in Springfield. Next, he worked as a Machine Operator for 14 years at Sullivan Paper before spending another 14 years, before retiring, at Agawam Housing Authority as a Maintenance Technician, and recently, as a driver for Longonot Transportation Company. Gary was a long-time member of Bethany Assembly of God in Agawam. He leaves his wife Kathleen (Joubert) Croteau; son Jason Croteau and his wife Courtney Ragion, daughter Jamielee Croteau and her partner Steve Clark; ; stepchildren Matt Duzniewski and his wife Leanne, Caitlin Joubert and her partner Christian Smith, Megan Diaz and her husband Jonathan, Kara Santiago, Joshua Joubert; nine grandchildren- Ashleigh, Brianna, Devlin and Charleigh Croteau; Taleah Diaz, Helios and Carmine Moreno, Joshua Grayson Santiago, and Lucien Smith; a brother Larry Croteau and his wife Liz; sister Sherry Dearden, half-sister Nadine Conder and husband Jim, and his mother-in-law Anne Joubert. Gary also leaves his nieces and nephews Melanie & Benjamin Croteau, Chantal & Ashley Bourbeau, Nick Gulluini, David (Michelle) & Billy Dearden, and his great-nieces & nephews Drew, Jax, and Gianna Dearden & Manny Perez. As well as many friends and extended family members. Gary was predeceased by his first wife and mother of his two children Debbie (Passon) Croteau, and his brother-in-law Wayne Dearden. Visiting hours will be held at the West Springfield Curran-Jones Funeral Home Thursday Dec. 2nd from 4:00 – 7:00pm. A celebration of life service will be held on Dec. 3rd at 11 AM at Bethany Assembly of God in Agawam Ma.

I just learned of your brother's death through the West Springfield Record, which I get somewhat delayed. I was stunned to read of Gary's passing. I last spoke to Gary a couple of years ago during my visit back home while he and his father were in the driveway at your homestead on Sprague St. Gary was part of our neighborhood group, and I have a good memory of him for the ball games we all played together in my yard. Please accept my deepest condolences for his untimely passing, but be assured he is with his mom and dad now. May God bless him on his journey in the other world, guide his family and friends in their loss and comfort you, his brother and sister, in your sorrow.

Vincent Bonfitto
December 17, 2021
Sherry and family so sorry for your loss Gary was a wonderful person
Joanne Dittbenner
Classmate
December 9, 2021
So sorry for your loss. Gary was a good guy. He was my mother's driver to daycare every day while she was still with us. He was such a gentleman.
Jonathan Anderson
December 3, 2021
Youw will be deeply missed prayers and thoughts to the family
B1renda Dean
Friend
December 2, 2021
You were a true friend Gar....always had my back....hard worker especially 17 days straight at the Big E....rest In peace my friend
SANDY DRSAUTELS
Friend
December 1, 2021
So sorry for your loss. Gary will be missed! May God comfort you with His love. With love and prayers.
Mike and Deana Simpson
December 1, 2021
Jay and Family, May your hearts soon be filled with wonderful memories of joyful times together as you celebrate a life well lived. Heartfelt prayers and love from our family to yours.
Lisa Prefontaine
Other
November 30, 2021
My most heartfelt condolences and prayers sent to his family and friends
Peter King
November 30, 2021 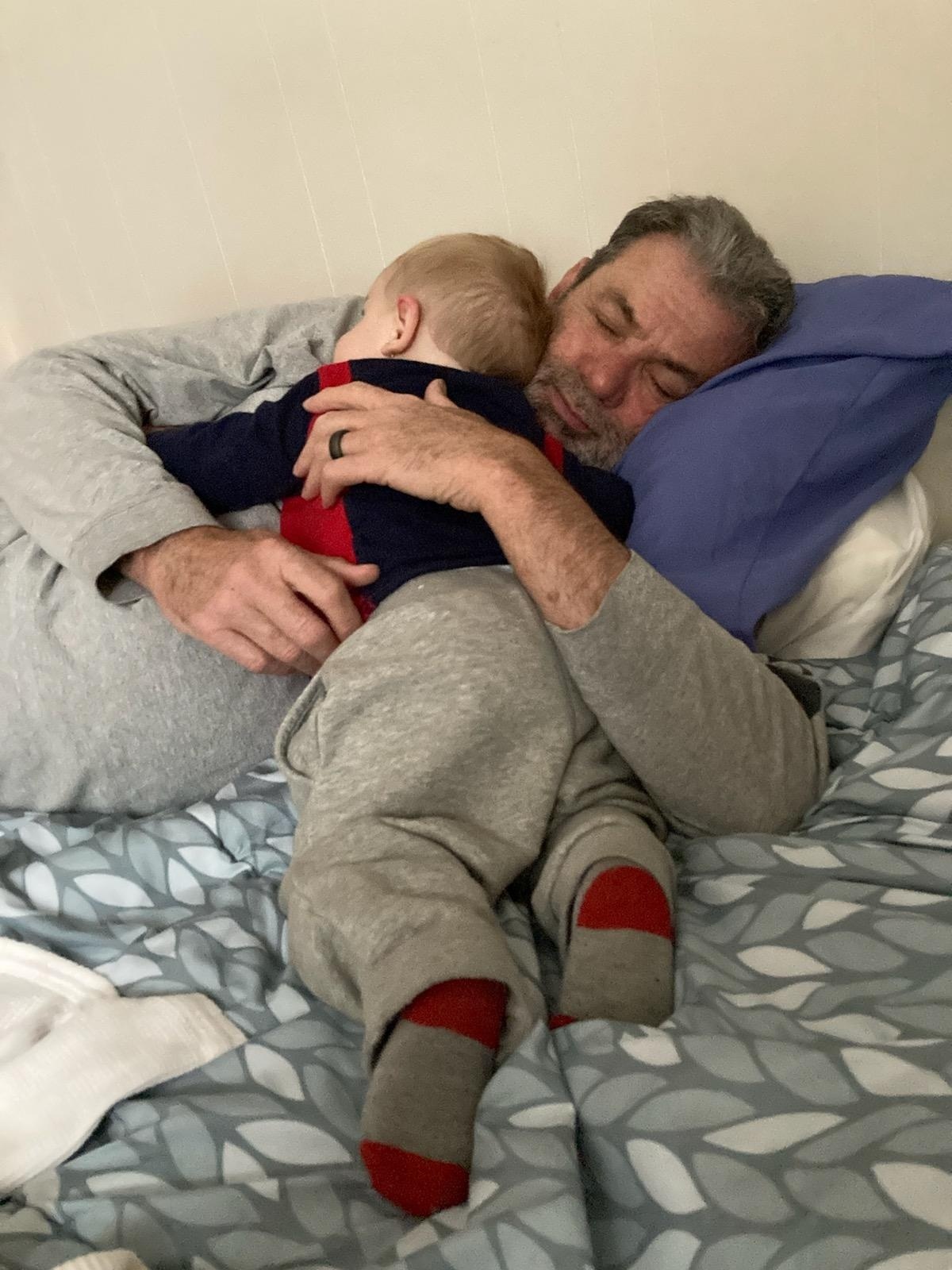 Joshua Grayson and his papa had an unbreakable bond they loved each other so much! Our family is torn apart but we know your watching over us
Kara Santiago
Family
November 30, 2021
So very sorry for your loss hugs an to you all ..
Sandra Morin Key
Family
November 30, 2021
Larry , Sherry, Jamie, Jason, and all the kids we are so very sorry for your loss. You have our deepest sympathies.
Sue and Tom Muncy
Acquaintance
November 30, 2021
Please accept my sincerest condolences. May memories of nice times spent together serve as a comfort in the days ahead.
Jeff Mitchell
November 30, 2021
Dear Sherry & Croteau family, We are sorry to learn the passing of your beloved brother. Please accept our deepest condolences. May your happy memories bring your peace during this time of great sorrow. Karen, Amy, Jeannine, James, Melissa, Dorothy, Patrick
The Phillips Family - Elm Avenue
School
November 30, 2021
Jason and Family, I am sorry for your loss. Grief can be so hard, but our special memories help us cope. Remembering you and your loved one today and always.
Marcia Warren
Work
November 30, 2021
Uncle Gary I’m still shocked but I know you’re with Noni, Popi and Auntie Debbie now. Love and miss you always.
Benjamin Croteau
Family
November 30, 2021
Gary and I ministered together for several year at Royal Family Kids Camp. A week long overnight camp for kids in need. Gary mentored me and helped me get through my first couple years. He loved the kids and loved his Lord and Savior who I know is welcoming him into his Kingdom for a life well lived. Bless you Gary, hopefully we see each other in paradise.
Robert Suprenant
Friend
November 29, 2021
Kathleen, May the love of friends and family carry you through your grief. Linda & Henry
November 29, 2021
May God bless you and your family in this time of sorrow.
Wendy Patruski
Family
November 29, 2021
Dear Larry, Liz & Entire Family, We are sorry for your loss. Please know you are in our thoughts and prayers.
Charlene & Rob Carpenter
November 29, 2021
It was great knowing and having you as a brother in christ.
Grace and peace!
Dean and Kevin
Kevin Bell
Friend
November 29, 2021
May the love of friends and family carry you through your grief.
Bill Scafuri
November 29, 2021
Dear Jay and Jaime and all of the Croteau family, so very sorry for the loss of your Dad, Grandfather,May the wonderful memories you shared throughout life stay close to your heart as well as your love for each other, for those can never die. Much to you during this difficult time
Jerry and Celene Filip
November 29, 2021
My friend what can I say? We knew one another from when we were kids and grew up on Sprague and Burford Ave.Life took us on different paths with military and wives and kids then our own kids became friends and they kept the friendship going with you and Larry and me with stories from our younger days.I will miss you my friend and wish we had more time together. See you when my time comes to cross over with all my friends!
Gary Wrisley
Friend
November 29, 2021
Showing 1 - 24 of 24 results