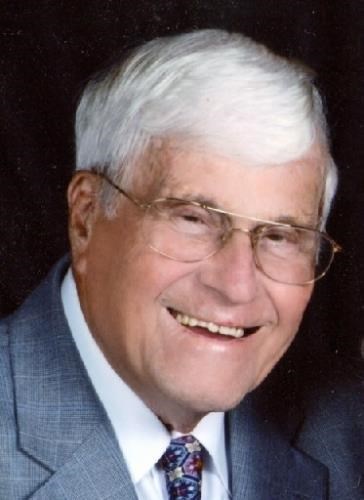 James, known by his baptismal name, Peter, was a first generation American Greek. His parents emigrated from Doridos, Greece. Born in Springfield MA, he went to school there and worked at his father’s tailor shop. He served in the navy in California, just after WWII, and was honorably discharged in 1948. He returned to Massachusetts after the war and married Phyllis in 1952, also graduating from American International College in Springfield. He started work for the Underwood Corporation as a typewriter salesman and sold typewriters to schools, where he discovered a love of teaching. He went back to school to earn a Masters of Education. He first taught fourth and fifth grades in Manchester CT, then moved back to West Springfield. He became a Special Education teacher, then an assistant principal and finally a principal of an elementary school. He was beloved by students and teachers. He retired in 1990 after 36 years, with letters of thanks from students, teachers and school boards.

He and Phyllis were active in the First Congregational Church, United Church of Christ in East Longmeadow. He sang in the church choir, was a member of the Lions Club and also was a Library Trustee in East Longmeadow. He was inducted into the West Springfield Teachers Wall of Fame. Peter also enjoyed gardening and playing the organ. In addition to singing, he played the piano and organ.

After the death of his first wife in 2004 he remained a widower for four years before meeting Patricia, also a widow, through close mutual friends. She lived in S. Orleans MA and they married in 2008. Peter loved to laugh and never met a stranger. He was quick with a smile and a joke. He and Pat traveled to Greece. They enjoyed plays, musicals, the symphony, and were members of the First Federated Church of Orleans. They remained on Cape Cod and moved into Assisted Living for health reasons in 2017. In October 2019 they moved to St. Louis Missouri to be nearer to two of Pat’s children. They attended the First Presbyterian Church of Kirkwood until the pandemic. They lived in a local Assisted Living facility until Peter required skilled nursing in April 2021, when they moved to Friendship Village.

A memorial service will be held at the chapel at Friendship Village of Sunset Hills’ Assisted Living facility, 12777 Village Circle Drive, St. Louis, MO 63127. His body was cremated and ashes will be interred in Oak Grove Cemetery in Springfield, MA at a later date. In lieu of flowers, donations may be made to a charity of your choice.

Published by The Republican from Nov. 27 to Nov. 28, 2021.
MEMORIAL EVENTS
To offer your sympathy during this difficult time, you can now have memorial trees planted in a National Forest in memory of your loved one.
Funeral services provided by:
Forastiere-Smith Funeral Home and Cremation Service
MAKE A DONATION
Please consider a donation as requested by the family.
MEMORIES & CONDOLENCES
Sponsored by The Family.
7 Entries
Sad to hear of the passing of a truly great man! Part way through elementary school I transferred from Catholic school to the public school where Mr. Bampos was then principal. He was extraordinarily kind, funny and he genuinely cared about each and every student lucky enough to walk through the doors of his school. My deepest condolences to his family.
J. Dufresne
School
November 29, 2021
Such a wonderful man and friend. My condolences to his sons and extended family and friends.
Bruce Stebbins
Friend
November 29, 2021
Dear Pat, Jim and Jeff; We were so sorry to hear of Pete's passing. All of the East Longmeadow Lions send along our heartfelt condolences to you all and your families. Pete was a longtime Lion, guiding many of us with his compassion, caring, hugs and humor. He always had a smile for me whenever we would meet. Just a wonderful, sweet man!! You all remain in our thoughts and prayers. Lion Scott, Secretary East Longmeadow Lions Club, Mass.
Scott Grabowski
Friend
November 29, 2021
So sorry to hear of the passing of Mr Bampos. He was my principal at McDonough. I always remember him when passing by the old school building. He was so nice. The students both liked him and respected him. We were just talking about him at my 40th High School reunion last night. Same type story from another post: My brothers and I were at the hospital with one of my parents and he was there when his first wife was there. We recognized him and said hi and he said hi Skowera family, and our first names. This was probably over 30 years after elementary school. He had a great memory for his students. RIP Mr Bampos.
Lori Skowera Willis
School
November 28, 2021
I have so many fond memories of your Dad, he was a good friend to my parents for many years. He as one in a million, such a good man. My daughter was lucky enough to be at Mittineague Elementary in West Springfield when he was the principal for a short time. She was thrilled she got to see him at school and at church. My thoughts and prayers are with you all.
Diane Snow Horrigan
Friend
November 28, 2021
I am so sorry to hear of Mr. Bampos passing. He was my principal at McDonough School. Absolute best. Years later when I was in my late 30s I ran into him in West Side. I said hi Mr. Bampos and without any hesitation he said Hi Rob how are you. My deepest sympathies to his family
Robert Boido
School
November 28, 2021
Jim and Jeff, So sorry to hear of the passing of your father. He was a wonderful person that we were very fortunate to have in our lives growing up. I will keep you all in my thoughts and prayers during this difficult time.
Mike Calabrese, North Reading, MA
November 28, 2021
Showing 1 - 7 of 7 results