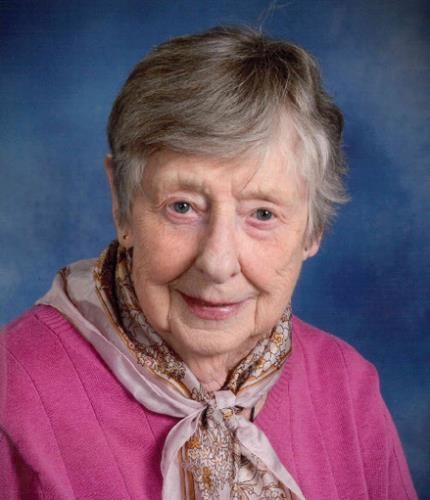 BORN
1925
DIED
2021
FUNERAL HOME
Sampson Chapel Of The Acres
21 Tinkham Road
Springfield, MA
Janet M. Senecal, 95, of Springfield, passed away on Wednesday, September 8th with her family by her side. Janet was born in Northfield, Vermont on September 19, 1925 to the late Henry and Mary (Suckstorff) McCauley. She was a graduate of Commerce High School in Springfield. She was a dedicated homemaker and later worked as a teacher’s aide at Van Sickle Junior High and Putnam Vocational High School. In her earlier years, Janet enjoyed traveling with her husband, her siblings and her friends. She also enjoyed swimming and bowling. She was an avid Bridge player and had many dear friends as part of her Bridge Club. As a cat lover, she had many cats over the years, including Maggie, who will miss her dearly. In addition to her parents, she was preceded in death by her beloved husband, Eugene Senecal; as well as her siblings, Henry McCauley and his wife Shirley, Robert McCauley and his wife Dorothy, and Elizabeth Johnson and her husband Bill. Janet leaves her devoted family, including her children, Justine Johnson of Ware, and James Senecal and his wife Deborah of Springfield. She also leaves her grandchildren, Carolyn Senecal and her fiancé Thomas Harrison, and Christopher Senecal and his fiancée Marisa Freedman; as well as her great-grandson Gianni. She also leaves several nieces and nephews: Bob, Bruce, Bill and Brian Johnson; Gary, Craig and Brent McCauley; Kim Luthgren; and Larry, Sandra and the late Peggy McCauley. Her family also wishes to recognize her good neighbors for their many years of kindness and friendship to Janet. Services for Janet will be held privately by her family at a later date. Memorial contributions may be made to Foster Memorial Church, 1791 Wilbraham Road, Springfield, MA 01119; or the Dakin Humane Society, 171 Union Street, Springfield, MA 01105.

Published by The Republican from Sep. 13 to Sep. 19, 2021.
To plant trees in memory, please visit our Sympathy Store.
MEMORIAL EVENTS
To offer your sympathy during this difficult time, you can now have memorial trees planted in a National Forest in memory of your loved one.
Funeral services provided by:
Sampson Chapel Of The Acres
MAKE A DONATION
MEMORIES & CONDOLENCES
Sponsored by The Family.
2 Entries
She will be missed! Our sympathy to her family and friends as they mourn her passing.
Denise Johnson Kelly & Jim Kelly
Friend
September 14, 2021
Justine and Jim, We are very sorry for your loss. We really enjoyed having your Mom as a neighbor. Mario especially is going to miss his friend!
Mario, Pam, & Anthony Maia
September 13, 2021
Showing 1 - 2 of 2 results