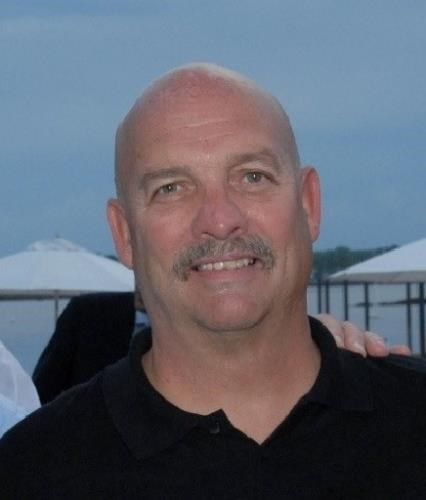 FUNERAL HOME
Colonial Forastiere Funeral Home
985 Main Street
Agawam, MA
UPCOMING SERVICE
Calling hours
Dec, 4 2021
10:00a.m. - 12:00p.m.
Colonial Forastiere Funeral Home
Send Flowers
Michael Ralph Hanscom, 72, passed away on Thursday, November 11, 2021 at Tidewell’s Englewood Hospice House. He was born in Ludlow, MA to the late Homer and Carol (Walker) Hanscom. He was employed by the Titeflex Corporation for 33 years as a warehouseman in the shipping and receiving department. Michael also served in the National Guard. Athletics and sports were one of Michael’s passions in life. He played soccer, football, baseball and basketball throughout his youth and all through high school. Later on he enjoyed many years playing the hot corner for the Village Lounge softball team. Golf became his passion in his later years which he shared with his son, Jason and wife, Sue. Michael and Sue always traveled with their clubs and enjoyed playing in many different areas of the country. As his children grew older, he began coaching youth soccer and basketball. He was a fixture at both of his sons’ games and later in life the games of his grandchildren. Michael was a consummate sports fan from his beloved Red Sox, Patriots and Celtics to UMass Basketball and golf. Michael loved to listen to music and had an extensive record collection. Throughout his life one of his favorite activities was seeing live music. Michael loved to travel with his wife and family to Cape Cod, Old Lyme, CT, Lake George, NY, Florida, California, Oregon and many tropical islands. When they retired they became snowbirds in Englewood, FL enjoying quality time with old friends and new. He is survived by his loving wife Sue Hanscom of Agawam, his two sons, Michael M. Hanscom and his partner Lauren Beaudoin, of Springfield and Jason Hanscom and his wife Beth A. Denoncourt of Agawam, his sisters, Jane Chapman of West Springfield and Janice Tindell of West Springfield and his cherished grandchildren Will and Kyla and many nieces and nephews. Sadly Michael was predeceased by his granddaughter, Audra. A Celebration of Life Ceremony for Michael will be held on Saturday, December 4, 2021 at 12pm at Colonial Forastiere Funeral Home 985 Main Street Agawam, MA 01001. Calling hours will be held from 10AM-12PM prior to the ceremony at the funeral home. In lieu of flowers, donations in Michael’s memory may be directed to Rise Above Foundation P.O. Box #174 Northbridge, MA 01534. https://weriseabove.org/ For online condolences please visit www.forastiere.com.

Published by The Republican from Nov. 23 to Nov. 28, 2021.
MEMORIAL EVENTS
Dec
4
Calling hours
10:00a.m. - 12:00p.m.
Colonial Forastiere Funeral Home
985 Main Street, Agawam, MA
Dec
4
Celebration of Life
12:00p.m.
Colonial Forastiere Funeral Home
985 Main Street, Agawam, MA
Funeral services provided by:
Colonial Forastiere Funeral Home
MAKE A DONATION
MEMORIES & CONDOLENCES
Sponsored by The Family.
11 Entries
Please accept my sincerest condolences. May nice memories of times spent together serve as a comfort in the days ahead.
Jeff Mitchell
November 26, 2021
Certainly one of the good guys. Always genuine, loyal and true. Sending thoughts of peace and pride to family and friends at this difficult time. Rest easy big guy.
tom whiston
Friend
November 25, 2021
Sad to hear of your passing, mike. But, i know that we may meet up again. You still have your wife, your rock...and your boys that you can look down at. You will hear great stories, words of compassion and love. Miss you, you are a good guy, i was lucky to have you as my friend. Hang in there bud!
Peter S Savas
Friend
November 25, 2021
Dear Sue and Family, Our thoughts and prayers are with you at this most difficult time. Mike was an out going ,fun guy who will be missed.
Skip & Maureen Berte
November 25, 2021
Lots fun working, and plying golf with you. RIP Buddy
Joel Rogers
November 24, 2021
Sue and family, Bobby and I were saddened to hear about Mike´s passing. We enjoyed our times together. Lots of laughs! May your memories of all the good things you did together keep a smile in your hearts! Arleen and Bob
Arleen and Bob Collins
Friend
November 24, 2021
Sue and Family, Saddened to read about the passing of Mike. Mike was always smiling and truly one of the good guys, he will be missed.
Bill Grady
November 24, 2021
Our deepest condolences go out to his wife Sue and sons Michael and Jason, as well as to his extended family at this sad time.
John & Sue Godfrey
Friend
November 24, 2021
"Rest in Peace" Mike.
Mike Caney
November 24, 2021
So very sorry to hear of Michael's passing. He was a great guy, and wonderful athlete. R I P
Joan Brodeur
Friend
November 24, 2021
My deepest sympathy to Sue and family. So very sorry to hear of Mikes passing. So many laughs and good times through our school days. May you rest in Peace Mike.
Joe Stefano
Friend
November 23, 2021
Showing 1 - 11 of 11 results