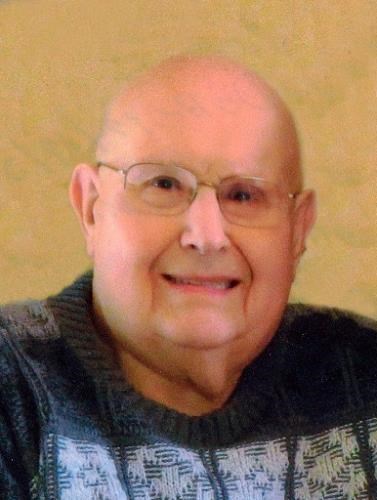 BORN
1930
DIED
2021
ABOUT
Holyoke High School
FUNERAL HOME
St Pierre Phaneuf Aldenville Funeral Chapel
13 Dale St
Chicopee, MA
Willard H. “Bill” Rider, Jr., 90, of the Aldenville section of Chicopee, was Called Safely Home on Tuesday, September 14, 2021. He passed into Eternal Life at Willimansett Center West in Chicopee surrounded by the care and comfort of his loving family. He was born in Holyoke on December 19, 1930, a beloved son of the late Willard H. Rider, Sr. and Ella Mae (Saalfrank) Rider. He was raised in Holyoke, graduated from Holyoke High School and moved to the Aldenville section of Chicopee in 1952 where he lived the remainder of his life. He served his country in the United States Army during the Korean War and attained the rank of Sergeant. He received the Korean Service Medal with Two Bronze Stars, the United Nations Service Medal, the National Defense Service Medal and the Combat Infantry Badge. Following his active duty service, he served in the United States Army Reserves for 38 years, attaining the rank of Chief Warrant Officer Fourth Class. While serving in the reserves, he was employed as a Supervisor Assistant for the Department of the Army at Westover Air Reserve Base in Chicopee and retired in 1985. He later worked for the Home Builders Association in Springfield. He was a longtime communicant of Sainte Rose de Lima Church in Chicopee. He was a member of the Aldenville American Legion Post 337 and was a member and Assistant Director of the American Bosch Travel Club. During his leisure time, he enjoyed golfing, camping, fishing, and traveling with his wife and family. Above all, he loved spending time with his family and his many friends. He leaves his beloved wife and soul mate, Irene (Breault) Rider. They were married on February 2, 1952 at Sainte Rose de Lima Church in Chicopee and were blessed with over 69 years of happiness together. He also leaves his four loving children, Ann M. Pouliot and her husband, Gerald, of Chicopee, Henry R. Rider and his wife, Sandy, of Vinton, VA, Lucille T. Breen and her husband, John, of South Hadley and Debbie A. Weibel and her husband, Mike, of Chicopee; his loving son-in-law, Rick Morin of Chicopee; his eight cherished grandchildren, Lynn Riopelli and her husband, Alan, Amy Pajak, Kevin Pouliot and his partner, Becky Schnauber, Scott Morin and his wife, Kiley, Shawn Morin, Sarah Rider, Dylan Suchenicz, and Rylee Suchenicz; his ten cherished great grandchildren, Dakota, Garrett, Ethan, Alexa, Gavin, Addison, Kalvin, Tayler, Hunter and Cinthia; his dear sister, Virginia O’Rourke of Northampton; his two dear brothers-in-law, Daniel Breault and his wife, Linda, of Lakeland, FL and Paul Breault and his wife, Kathy, of Chicopee; his dear sister-in-law, Mary Deyo and her husband, Rob, of Buena Vista, VA; and his many dear nephews, nieces, cousins, extended family members and friends. In addition to his parents, he was predeceased by his loving daughter, Cynthia J. “Cindy” Morin who was Called Home on July 22, 2011; his dear brother-in-law, Edgar Breault and his wife, Pearl; and his dear sister-in-law, Theresa LaMaire and her husband, Al. His Funeral will be held on Monday, September 27, 2021 beginning at the St. Pierre – Phaneuf Aldenville Chapels, (413-532-9806), 13 Dale Street, Chicopee, MA 01020, (funeral home will open at 8:30 a.m.), followed by a Mass of Christian Burial at 10 a.m. at Sainte Rose de Lima Church, 600 Grattan Street, Chicopee, MA 01020. His Burial with United States Army Military Honors will follow the Mass at Sainte Rose Cemetery, 49 Olsen Street, Chicopee, MA 01020. His family will receive friends at the funeral home on Sunday, September 26, 2021 from 4 p.m. to 6 p.m. His family requests that those attending the wake and funeral to please wear a mask. The parking lot and main entrance of the funeral home are located in the rear at 20 Lafayette Street, Chicopee, MA 01020. His family requests that memorial donations be made in his memory to Saint Joan of Arc School, 587 Grattan Street, Chicopee, MA 01020. For more details and to leave his family condolence messages, please visit:
www.stpierrephaneuf.com