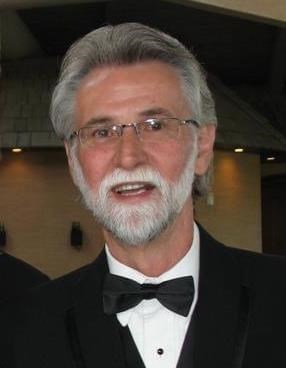 FUNERAL HOME
Pearson Funeral Home, Inc. - Bethlehem
1901 Linden Street
Bethlehem, PA
A. Lee Baker, 73, of Fountain Hill, passed away peacefully surrounded by his loving family on Sunday, August 22, 2021 in his home. He was the husband of Tricia (Tallarico) Baker for 39 years.

Surviving in addition to his wife Tricia are a son, Joshua, and wife Nikki of Breinigsville; a daughter, Katelyn DeMatto of Emmaus; grandchildren, Dominic and Hunter DeMatto, Christian and Averie Baker; sister, Sally Pope of Winter Park, FL; mother-in-law, sisters-in-law, brothers-in-law, nieces and nephews. He was predeceased by a daughter Megan Baker.

Lee first came to The Children's Home of Easton as a young boy of seven in 1955. He grew up at the Children's Home and his life and personality were marked by the caring adults who guided his path. Lee served in Vietnam as a Green Beret Army Special Forces, recon Platoon, finishing his enlistment as a Drill Sergeant. He received a Purple Heart medal. Following his discharge he returned to the Lehigh Valley and began his career working with children through social services. He earned a Bachelor's degree from Moravian College and a Master's degree from Nova University. He and his wife Tricia served as foster parents to 43 children over the years. He retired as Director of Community Services at The Children's Home in 2007 after 19 years. He developed a work experience program shortly after retirement and continued working with young men. Lee was recognized by The Alliance for Children and Families in 2008 for his contributions to children and The Children's Home of Easton.

Family and friends are invited to a Visitation Hour on Thursday, August 26, from 10:00 - 11:00 a.m. in the Pearson Funeral Home, 1901 Linden Street, Bethlehem, followed by a Graveside Service with military honors at Holy Saviour Cemetery at 11:30 a.m. Memorial donations may be made to The Children's Home of Easton, 2000 S. 25th Street, Easton, PA 18042. Online condolences may be sent to www.pearsonfh.com.
Published by Morning Call on Aug. 25, 2021.
To plant trees in memory, please visit the Sympathy Store.
MEMORIAL EVENTS
Aug
26
Visitation
10:00a.m. - 11:00a.m.
Pearson Funeral Home, Inc. - Bethlehem
1901 Linden Street, Bethlehem, PA
Aug
26
Graveside service
11:30a.m.
Holy Saviour Cemetery
PA
Funeral services provided by:
Pearson Funeral Home, Inc. - Bethlehem
MAKE A DONATION
MEMORIES & CONDOLENCES
Sponsored by Pearson Funeral Home, Inc. - Bethlehem.
5 Entries
Trish, Josh, Katie & family. I am deeply saddened by the news of Lee. I pray that God will grant you the strength. My most sincere condolences.
Jermaine Cain and Rosetta Frazier
August 26, 2021
Trish, our hearts go out to you and your family.Lee was a very kind man and the best neighbor any one could want. He was a remarkable person and a true family man. He will be missed by all.
Joe and Jane kelly
Friend
August 26, 2021
Lee was a wonderful man and a true friend. Our heart goes out to his entire family, Lee will truly be missed. May God bless his wife and children and grandchildren in this sad time. Sending all of our love.
Juliann and Robert Bruneio
Family
August 25, 2021
Trish, Josh, Katie & families... I am so sorry to hear of Lee´s passing. We worked side by side for many years at CHE and shared many days working with and for the kids and families in our care. Lee was always a leader and someone to learn from and respect. May your warm memories help with the days ahead and give you peace. Love and prayers
Gloria Repsher
Work
August 25, 2021
Sir, Thank You for Your service to our country. God Bless You! God be with your family! Sincerely, A Grateful US Citizen
Grateful
August 25, 2021
Showing 1 - 5 of 5 results