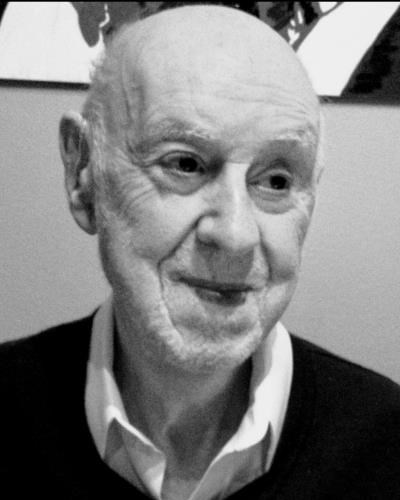 FUNERAL HOME
Bachman, Kulik & Reinsmith Funeral Homes, P.C. - Allentown
1629 Hamilton Street
Allentown, PA
Albert "Tommy" Wilansky, 95, of Bethlehem, died on Monday, July 3, 2017 at Kirkland Village in Bethlehem. He was the husband of Rose I. (Sherman) Wilansky. They were married 48 years. Tommy's first wife, Ruth Leah (Paton) Wilansky died in 1968, after 22 happy years of marriage. Born in St. John's, Newfoundland, Canada, he was the son of the late Isadore and Esther (Seidel) Wilansky. Tommy studied mathematics throughout his education, earning his BA, BS, and MA degrees from Dalhousie University in Halifax, Nova Scotia, Canada, and his PhD from Brown University. He taught mathematics at Lehigh University for 45 years, retiring as a Distinguished Professor in 1991. At Lehigh, he won many awards including a Lindback award for distinguished teaching. His renown in mathematics took him all over the world with a Fulbright Scholarship to England and lectures at more than 50 universities including Oxford, Cambridge, Tubingen, Stuttgart, Tel Aviv and Bern. For 18 summers he taught math to gifted high school students under annual grants from the National Science Foundation. Tommy authored six books and over 80 articles, and directed 20 PhD dissertations, but he was most widely known for discovering Smith Numbers, an amusing mathematical property he first noticed in his brother-in-law's phone number: 4937775. He was a professional musician for a brief time as a young man and continued playing piano and clarinet and writing songs, often with his wives and daughters. He was a proud member of the Bethlehem Municipal Band. He was also an avid tennis player at Sand Island in Bethlehem. Survivors: Daughters, Eleanor W. Myers and husband Johnny (Philadelphia), Laura Sue Wilansky (Fort Lauderdale, FL), Kathy Kutler Staplin and husband Loren (Allentown), Leslie Collins and husband Michael (Philadelphia) and Carole Dowling (Bethlehem), eight grandchildren, and two great-grandsons. He was preceded in death by five siblings. Services: A private funeral was held on July 9, 2017. Arrangements: Bachman, Kulik & Reinsmith Funeral Home, Allentown. Contributions: Donations in Tommy's memory may be made to the Kirkland Village (Bethlehem PA) "Employee Appreciation Fund," 1 Kirkland Village Cir., Bethlehem, PA 18017 or presbyterianseniorliving.org/kirkland-village.

Published by Morning Call on Jul. 11, 2017.
To plant trees in memory, please visit the Sympathy Store.
MEMORIAL EVENTS
To offer your sympathy during this difficult time, you can now have memorial trees planted in a National Forest in memory of your loved one.
Funeral services provided by:
Bachman, Kulik & Reinsmith Funeral Homes, P.C. - Allentown
MAKE A DONATION
MEMORIES & CONDOLENCES
Sponsored by Bachman, Kulik & Reinsmith Funeral Homes, P.C. - Allentown.
5 Entries
I am 86 years old and very few individuals have inspired me as much as Dr Wilansky. I had him for only one course - Math 12. I remember his blue suite with the WQXR program guide stuck in the pocket.
John Mahoney
Student
July 5, 2020
One of the best known writers in the field of Functional Analytic approaches to Summability theory. The origin of "maximal Group" was in one of his papers and i am proud to have worked on it and published a few papers. His dedication in one of his books to his wife "If winter comes then can spring be far behind" and to his kids "unique members of a unique family" are still among the best quotes i have come across.
RIP Sir.
B. K. Tripathy
India
B.K. TRIPATHY
January 25, 2018
UNCLE TOM-the last to go. I'm sure you and mom are playing the piano together. or relating some inside family joke with uncle sam and morris. god bless.
brenda reith
November 20, 2017
Eleanor,
Back in the days when we sang together, I had the pleasure of knowing your parents. Your dad was a true "mensch." He even encouraged me to apply for his summer mathematics seminar, which was a wonderful experience. I am so glad that he got to live such a long life, filled with great accomplishments.
Mickey Freeman
Mickey Freeman
July 11, 2017
I was blessed to have Professor Wilansky as my instructor in Math 12 at Lehigh. He was a real inspiration. I even remember his joke about why pi occurred in a life expectancy formula. All this took place in 1952 in the old Packer Hall. I salute a life well-spent.
John Mahoney
Professor Emeritus
University of Florida
July 11, 2017
Showing 1 - 5 of 5 results