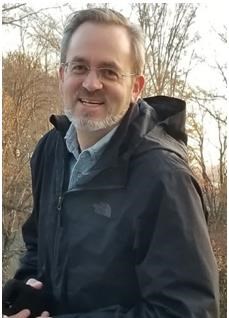 BORN
1968
DIED
2021
Mr. Andrew "Drew" G. Hakun, a veteran U.S. Navy Officer and highly respected Department of Defense civilian employee for over 30 years, passed into the loving arms of Jesus, His Savior, on Saturday, February 20, 2021 in Tokyo, Japan. Drew died from complications related to a heart attack. He was 52.

Drew leaves behind his wife of almost 20 years, Cathy, and two sons, Steven and Patrick. Drew's parents George and Joan Hakun, III were blessed by his birth on April 30, 1968 in Lehigh County, PA. In addition to his wife, two sons, and parents, Drew is survived by his bother Mark Hakun, Mark's wife Maurann, and their daughters, Monica and Marcella.

Drew had a heart for everyone, but especially his family. He epitomized what it meant to be a loving and engaged husband and father always focusing on their well-being and happiness. His love of making special memories with his family had no end. In their short 20 years together, he always ensured there was an adventure on the horizon, taking them around the world with residences in Germany, England, Japan (twice) and vacations to at least 22 Countries and 26 States, visiting every Disney Park around the globe (save Shanghai), countless United States National Parks and historical memorials, among other global landmarks. But his most favorite adventure was his trip to Venice, Italy with his wife Cathy celebrating their love and joy after becoming parents to Steven and Patrick.

As a father, he ensured the spiritual, physical, and intellectual well-being of his sons. He exemplified unconditional love and kindness towards his sons and exposed them to a myriad of life lessons via his pro-active involvement in their sport(s) of choice and individual journeys to become Eagle Scouts, an accomplishment that meant the world to him.

Drew was a graduate of Salisbury High School (1986), Villanova University (ROTC, 1990) and George Washington University (1999), and was known for his many special interests. His countless friends and colleagues around the world can attest to his love for all things Coca Cola, Disney, Legos, Star Wars, and John Deere. But he will be remembered most for his ability to connect with people on a personal level because of the authentic love, kindness, and respect that he showed to everyone. For many, he was a confidante, mentor and/or substitute father. Per his supervisor at the time of his passing, "Drew was an incredible and compassionate leader who tirelessly gave of himself to both the mission and the people. He was a shining example of servant leadership and he leaves behind a lasting legacy that won't be forgotten."

In lieu of flowers, family and friends are encouraged to adopt a child(ren) via charities like Child Fund, Compassion International, or World Vision; give a Lego set to Toys for Tots this Christmas; and/or make a donation to any charity or ministry that has a positive impact in the lives of youth, such as 10:12 Sports Ministry in Baltimore, MD or a Children's Hospital.
Published by Morning Call from Mar. 14 to Mar. 17, 2021.
To plant trees in memory, please visit the Sympathy Store.
MEMORIAL EVENTS
Mar
19
Celebration of Life
10:00a.m.
Yokota Air Base
PA
Jul
23
Celebration of Life
1:00p.m.
Burntwoods Church
Glenwood, MD
MAKE A DONATION
MEMORIES & CONDOLENCES
8 Entries
So sorry for your loss. Always enjoyed Andrew and your family. Prayers for all of you.❤
Janet Brogan
Friend
March 20, 2021 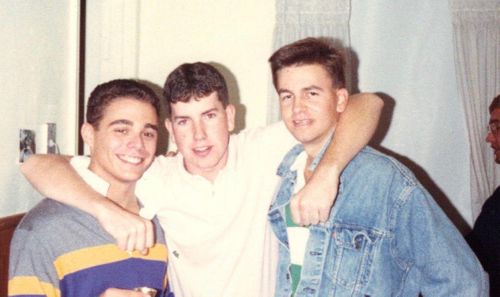 Drew was a classmate, a shipmate and a friend. My sincere condolences.
Rich Pugliese
Classmate
March 18, 2021
Cathy & family of Drew - sincere condolences on Drew’s passing. He is an all-time great.
Kevin Brennan
VU NROTC 1990
Kevin Brennan
Classmate
March 17, 2021
I had the pleasure of working with Drew several times over the past 24 years. He was a standup guy and always fair, inclusive, and had a keen technical ability to get the job done. He will be missed dearly. The country lost a good and faithful servant. Rest in paradise Drew.

ADW
ADW
Coworker
March 15, 2021
Cathy and family,
My condolences on the passing of Drew. Cathy, after working with you in the early '90's, it was always fun in later years when we bumped into each other and catch up. The way you would light up when talking about Drew was always a joy (plus, his first name is the best!). Always try to keep that joy, and remember the times and great memories, and he will live on forever within you.
Sincerely,

Andrew (Drew) Pastor
Andrew B Pastor
Friend
March 14, 2021
Sir,
Thank You for Your service to our country.

Sincerely,
A Grateful US Citizen
March 14, 2021
Thank you for your service to our country.

Rest In Peace.
March 14, 2021
I’m so sorry about your deep loss. I have all fond memories of being a middle school and high school classmate of Andrew’s. I am not surprised to read of the many ways he blessed those that knew him as an adult, colleague, mentor, husband and father. My prayers are with you as you grieve.
Valerie (Schmoyer) Ford
Classmate
March 8, 2021
Showing 1 - 8 of 8 results