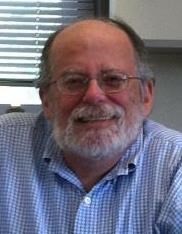 BORN
1949
DIED
2021
FUNERAL HOME
Bachman, Kulik & Reinsmith Funeral Homes, P.C. - Allentown
1629 Hamilton Street
Allentown, PA
Dr. Daniel J. Wilson died peacefully at home in Bethlehem, PA on Friday, June 11, 2021. He was born on December 19, 1949 in Wausau, Wisconsin, the son of Russell S. Wilson and Mary (Prucha) Wilson. He was the loving husband of Carol Shiner Wilson, whom he married in 1983. Dan had a rich and varied family history, which included a governor of Plymouth Colony, lumber barons, and college professors. Dan graduated from the University of Wisconsin-Whitewater summa cum laude in 1972 with a B.A. in History and English. He earned an MA (1974) and Ph.D. (1976), Phi Beta Kappa, in American History at The Johns Hopkins University. Following graduate school, he taught at John Hopkins, the University of Maryland-Baltimore County, and worked at the Maryland Historical Society. In 1978 he joined the faculty of Muhlenberg College, where he taught until retiring as Professor of History in 2018. He taught primarily American Cultural History and History of Medicine and Public Health. He was the recipient of the College's two major teaching awards. He also took an active role in faculty governance. Because of his character, kindness, and quiet intellect, he was an inspiration to students and colleagues alike. Daniel was a distinguished scholar, publishing eight books and numerous scholarly articles and reviews. Much of his early work was in the history of American Philosophy. In mid-career he turned his attention to the history of medicine, especially the polio epidemics. He was a nationally respected expert on the history of polio epidemics and published three books on the history of polio in the U.S., including Living with Polio: The Epidemic and Its Survivors, inspired by his own experience of having had polio. He also published in the history of the American South and disability history. Most recently, he was consulted internationally on the Covid 19 pandemic in light of his scholarly work on polio epidemics. He was the recipient of National Endowment of the Humanities and American Council of Learned Societies fellowships. Dan was active in support of several non-profit organizations, including service as Board member and President of the Board of Post-Polio Health International. Locally, he served on the Board of the Lehigh Valley Center for Independent Living, including two terms as President. He also served three terms on the Board of the Good Shepherd Rehabilitation Hospital. Dan enjoyed classical music and jazz, traveling (France and Shelburne Farms, VT were favorites) and fine dining with Carol, reading, and walking their dogs Abbey and Jasper. He particularly cherished time spent with his family and friends from Hopkins, Muhlenberg, and Allentown. A recent pleasure was the international Zoom with Hopkins colleagues, one of whom called Dan "the finest of us" and another a "hero", in part because of Dan's courage in facing with grace the relentless effects of post-polio syndrome.

He is survived by his loving wife Carol, his brother, Stewart (Melissa Barker), his brother-in-law Larry Shiner (Catherine Walters), sister-in-law Kay Klausmeier, and nieces and nephews. He was predeceased by his sister Marjorie.

A celebration of Dan's life will be held at Egner Chapel, Muhlenberg College, at a time to be announced. Arrangements entrusted to Bachman Kulik & Reinsmith Funeral Home, Allentown.

In lieu of flowers, donations may be made to the Wilson Grant for Scholarly Projects at Muhlenberg College or to the Lehigh Valley Center for Independent Living.
To plant trees in memory, please visit our Sympathy Store.
Published by Morning Call on Jun. 13, 2021.
MEMORIAL EVENTS
No memorial events are currently scheduled.
To offer your sympathy during this difficult time, you can now have memorial trees planted in a National Forest in memory of your loved one.
Funeral services provided by:
Bachman, Kulik & Reinsmith Funeral Homes, P.C. - Allentown
MAKE A DONATION
MEMORIES & CONDOLENCES
Sponsored by Bachman, Kulik & Reinsmith Funeral Homes, P.C. - Allentown.
14 Entries
Dear Carol, I am so sorry for your loss. I hope the many good memories you both shared will be a comfort. Much love & sympathy, Kath
Kathleen Fox
July 11, 2021
Sending my deepest condolences to Dr. Wilson's family at this time. His teachings were hugely influential on my life and career decisions, which have led me down a path of environmental stewardship. A man full of grace, humility and kindness. I feel lucky to have known him. Rest in peace Professor Wilson. Thank you for the difference you have made in this world.
Arissa Lahr
Student
June 21, 2021
Daniel le grand, Daniel le petit, so many things to remember, to share, : his humanity, his wisdom, his sense of balance and calm all that based on courage, love and understanding.
Didier Jungo
Friend
June 18, 2021
Dan was such a nice man and will be missed by so many. My condolences go out to all of his family and friends (I know he has many).
Kim Clark
Friend
June 16, 2021
Dear Carol and family Ron and I were saddened to hear of Dan’s passing. Very fond memories of celebrating our wedding with you and looked forward to your annual letters each year. Dan’s intellect and compassion shone clearly throughout his career; he taught many who will carry this spirit forward. Thinking of you always, Ron and Katy Berkowitz
Kathleen Berkowitz
Friend
June 14, 2021
Dear Carol and Dan's family,
I send my deepest condolences to each of you on your loss. Dan was a kind and gentle soul with a keen intellect. It was my pleasure to have known and worked with him on behalf of Good Shepherd and the Center for Independent Living. May he rest in peace, and may your memories of of him bring peace to your hearts.
Cindy Lambert
Friend
June 14, 2021
Carol and family
So sorry to hear of your dear husbands passing. He was a most accomplished man. I know he will be missed by family and so many others he knew or taught. Our condolences---thinking of you!
Elena and Joe Pascal
Elena Pascal
Acquaintance
June 14, 2021
Dear Carol, I am so sorry to hear about Dr. Wilson's passing. He was such an inspiration to me and so many countless students over the years. I was delighted to participate in the Zoom coffee with him and several alum last summer. Today I was rearranging my office with the help of my niece and came upon two of his books and spoke to her about Dr. Wilson. I have also shared his experience with polio with my students as we have studied FDR and the current pandemic. Dr. Wilson was instrumental in my return to graduate school to complete my doctorate in history and I will always remember his generosity to me. He was my favorite professor at Muhlenberg and I will always remember his kindness to me and as a mentor and friend. I sent my deepest condolences to you at this difficult time. I hope our paths cross in the future. My very best to you always, Edie Holbrook Riehm
Edie Holbrook Riehm
Student
June 14, 2021
My thoughts and love go out to Carol and Dan’s family at this time of loss. Dr. Wilson was my professor at Muhlenberg almost 20 years ago. His intellect, high standards, kindness and curiosity helped me grow so much as a student. I am forever grateful to him for his mentorship and support. I carry his memory with me always.
Katie Mccleary
Student
June 13, 2021
Dear Carol,

I was shocked and deeply saddened to read the email sent by the College Chaplain about Dan’s passing. Dan shepherded my graduate application process and was a true blessing for me at that point in my life. He was a generous colleague and an incomparable role model. Sending you prayers and deep condolences.

Roberta
Roberta Meek
Friend
June 13, 2021
May God bless you and your family in this time of sorrow.
Peter G. Saenger
Friend
June 13, 2021
Dear Dan. May you finally rest in peace knowing the deep affection so many had for you. My memories of all our times and travels with you and Carol are lasting. Such a good friend.
Love
Louise
Louise
Friend
June 13, 2021
For many years I served with Dan on the Board of Post Polio Health International. He was Vice President when I was President although the roles should have been reversed. He was my good friend with whom I shared the experiences of polio. His books have helped me tremendously. He will be sorely missed.
Saul Morse
Friend
June 12, 2021
Carol (and Dan's family), My family and I would like to express our deepest sympathy for your loss. Dan was one of my mentor's at Muhlenberg College, and when faced with a dilemma I would often find myself asking WWDD, What would Dan Do? His covert suggestions inside my head always steered me right. May his memory always serve as a blessing for those who knew him.
Jeff Rudski
Friend
June 12, 2021
Showing 1 - 14 of 14 results