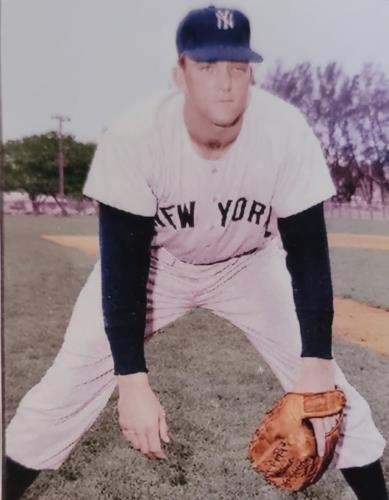 BORN
1933
DIED
2021
FUNERAL HOME
HARDING FUNERAL HOME
25-27 N. Second Street
Slatington, PA
Franklin D.R. "Ted" Wieand, 88, of Slatington passed away Wednesday, July 7, 2021, at Lehigh Valley Hospital, Cedar Crest. He was the husband of the late Joan M. (Chandler) Wieand who passed away in January 2021. Born in Indianland on April 4, 1933, he was the son of the late Roland and Helen (Hunsberger) Wieand. Ted graduated from Slatington HS, Class of 1951. He then played professional baseball, first signed by the St. Louis Cardinals, followed by the Cincinnati Reds and finished his career in 1962 with the New York Yankees. He also played in Havana, Cuba for the Sugar Kings in the International World Series. During the offseason, Ted worked for Dorward plumbing. After his playing days, he worked for Schuler Service, and also for Muhlenberg College where he retired as plumbing supervisor. Ted was inducted into the Northern Lehigh Ring of Honor, Class of 2010-2011, and also the Lehigh Valley Sports Hall of Fame in 2012. He enjoyed bowling, golf, fishing, hunting, camping and spending time with family at the Potter County cabins. Ted was a member of Assumption BVM Catholic Church, Slatington. Ted is survived by a son: James Wieand and wife Susan of Slatington; daughters: Catherine Wieand of Slatington, Janice and husband Daniel Demko of Walnutport; daughter-in-law: Cindy Wieand; 13 grandchildren; 19 great-grandchildren; Sister: Mildred Binder. He was pre-deceased by sons, Joseph Wieand and his wife Susan and Jeffry Wieand, siblings Harold, Edward, Clayton and James Wieand, Elsie Mitman, Althea Klutzaritz, Ruth Binder, Ethel Geiling. A Mass of Christian Burial will be celebrated at 11AM on Monday, July 12, 2021, at Assumption BVM Catholic Church, 649 W. Washington Street, Slatington. Family and friends may pay their respects from 10 to 11AM at church. Interment to follow at the Parish Cemetery, Slatington. Arrangements are under the care of Harding Funeral Home, Slatington. In lieu of flowers, contributions can be made to the funeral home towards the future placement of a local memorial in Ted's memory. 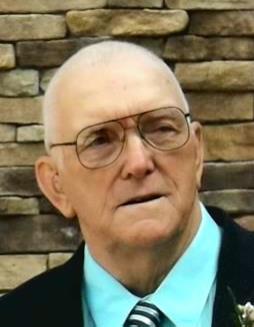