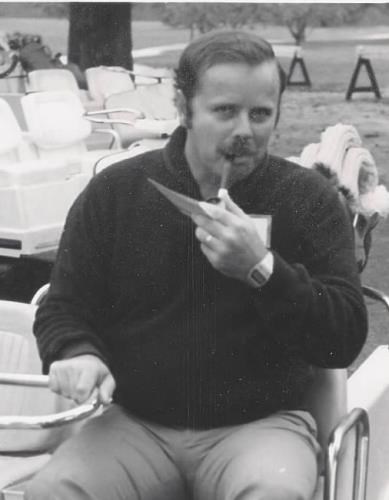 Will was the graduate of Rensselaer Polytechnic Institute in 1962 with a Bachelor of Science degree in Mechanical Engineering. After graduation he was employed by the Atlantic Cement Company of Ravena NY and in 1974 he joined Fuller Company (later F.L. Smidth) in Bethlehem, PA. Will enjoyed a successful career at Fuller where among his various roles he led international sales and execution teams delivering large scale cement processing plants in the Middle East and Asia. Will retired as a senior executive from F.L. Smidth in 2001.

Will was known for his keen intellect and his dry wit. In retirement Will and Loretta enjoyed traveling and made numerous trips abroad and cross country. Although weakened in his later years Will was an active mountain biker and frequented the trails around the Lehigh River and Poconos, always noting nature and wildlife. He was a sports enthusiast who loved the Phillies, Eagles and Flyers. He lived a long and resilient life - doctors were often amazed he survived malaria (contracted in Egypt) and multiple bouts of cancer (successfully treated via Stem Cell transplant).

In lieu flowers, Memorial Contributions in Will's name can be made to The Samfund c/o the funeral home, which provides financial support for young adult cancer survivors.

Online condolences may be made to the family at www.schislerfuneralhomes.com
Published by Morning Call on Nov. 5, 2021.
To plant trees in memory, please visit the Sympathy Store.
MEMORIAL EVENTS
Nov
6
Visitation
1:00p.m. - 2:00p.m.
Schisler Funeral Home - Northampton
2119 Washington Ave, Northampton, PA
Nov
6
Memorial service
2:00p.m.
Schisler Funeral Home - Northampton
2119 Washington Ave, Northampton, PA
Funeral services provided by:
Schisler Funeral Home - Northampton
MAKE A DONATION
MEMORIES & CONDOLENCES
Sponsored by Schisler Funeral Home - Northampton.
3 Entries
Sincere condolences and prayers for the Goodwin family. Will was a true friend, gentle, understanding, polite as ever and caring, who I had the distinct honor of working with for many years. His positive demeanor, straight shooting style, and keen grasp of business and technology, led him to be held in high esteem by customers and colleagues. I truly enjoyed our travels together to India and other far off locales and learned so much from Will. May his soul rest in eternal peace. Girish Sud
Girish Sud
November 6, 2021
Loretta,please accept my condolences. I worked with Will and he was always on top of things. I have often thought of Will and how dreadful the time when he battled that awful disease he contracted in the Mid East. I liked Will al lot and have often thought of him and look forward to seeing him again. Ladd Parsons
Ladd Parsons
November 5, 2021
Prayers and my deepest condolences during this difficult time.
Cleveland and Little Family
Other
November 4, 2021
Showing 1 - 3 of 3 results