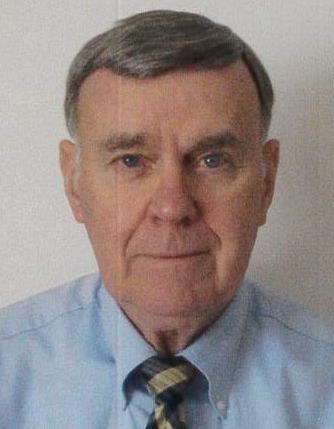 ABOUT
Allentown Central Catholic High School
FUNERAL HOME
K.V. Knopp Funeral Home
46 E. Susquehanna St.
Allentown, PA
Robert A. Bartkowiak, 80, of Allentown, passed away on Monday, February 15, 2021 at home. He was the husband of Michalene M. (Mikanowicz) Bartkowiak. They celebrated their 56th wedding anniversary in May 2020.

Bob was a development engineer for RCA Astroelectronics Division in Princeton, NJ, and worked on the Nimbus weather satellite. After leaving RCA, he taught engineering at Penn State for over 40 years and retired as a Professor Emeritus in 2008. While at the University, he was awarded three Excellence in Teaching Awards, including two from the alumni group - Penn State Engineering Society. He wrote a number of text books, some of which were translated into Chinese and Portuguese.

Bob was a registered Professional Engineer (PE) in the Commonwealth of PA. He was a member of the Institute of Electrical and Electronics Engineers (IEEE) and the American Society for Engineering Education (ASEE) and had been granted Life Membership in both professional organizations. Bob was also a member of the Pennsylvania Earth Science Association.

Bob was a member of St. Paul's Catholic Church, where he had served as a lector for over 40 years. He was a volunteer committee member for Boy Scout Troop 140 sponsored by St. Paul's Church. After retiring from teaching, he continued his involvement with his technical societies. He also volunteered at the Da Vinci Science Center. Bob enjoyed traveling with his wife, Mickie. He was a life member of the Penn State Alumni Association and enjoyed attending Penn State football and basketball games with his wife and grandchildren.

Bob's family would like to thank the ALS team at the LVH Neurology Department, Bayada Hospice and his home helpers and others, who all were very compassionate, caring and understanding through this difficult time.

Survivors: his loving wife, Mickie; sons, David and his wife Kery of Palatine, Illinois and James and his wife Patricia of York; brothers, Alfred and his wife Phyllis of Nanticoke and Steve of Berwick; 6 grandchildren, Scott, Sean, Nicholas, Samantha, Michael and Matthew; 2 nieces.

Services: Mass of Christian Burial will be held at 11 AM on Monday, February 22, 2021 in St. Paul's R.C. Church, 920 S. 2nd Street, Allentown. A viewing for relatives and friends will be held from 10 AM until the time of the service, all in the church. Interment will follow at Resurrection Cemetery, Wescosville. Social distancing will be observed and we request that face coverings be worn inside the church. Arrangements are entrusted to the K.V. Knopp Funeral Home, Inc., Allentown.

Contributions: in lieu of flowers, may be made to the ALS Association of Greater Philadelphia, 321 Norristown Road, Suite 260, Ambler, PA 19002, to Allentown Central Catholic High School, 301 N. 4th Street, Allentown, PA 18102 or to St. Paul's R.C. Church.
Published by Morning Call on Feb. 17, 2021.
To plant trees in memory, please visit the Sympathy Store.
MEMORIAL EVENTS
Feb
22
Viewing
10:00a.m. - 11:00a.m.
St. Paul's R.C. Church
920 S. 2nd Street, Allentown, PA
Feb
22
Mass of Christian Burial
11:00a.m.
St. Paul's R.C. Church
920 S. 2nd Street, Allentown, PA
Feb
22
Interment
Resurrection Cemetery
Wescosville, PA
Funeral services provided by:
K.V. Knopp Funeral Home
MAKE A DONATION
MEMORIES & CONDOLENCES
Sponsored by K.V. Knopp Funeral Home.
5 Entries
Was fortunate to have Prof Bartkowiak for the foundational engineering courses at PSU-LV (as did my father). One of the most competent engineering lecturers I had at either the Lehigh Valley or University Park Penn State campuses (even if he did stick to his overhead projector), and a reliable advocate for his engineering students. There were many of us that would have been lost without him.

My condolences to his wife, children, and family.
Jason Halwick
Student
February 22, 2021
I had the privilege of being one of Professor Bartkowiak’s students at Penn State when he taught engineering courses that included Statics, Dynamics, and Strength of Materials. I am grateful for all of the fundamental engineering knowledge that he provided as part of my undergraduate education. My thoughts are with his family during this difficult time.
JoAnn Ireland
Student
February 17, 2021
My sincere condolences to the family. I always remember Bob as an incredibly kind person. Rest In Peace.
Scott Conser
Acquaintance
February 17, 2021
I had the pleasure of working with Bob when he was a volunteer at the Da Vinci Science Center. He was such an asset to the organization and was a tremendous human! RIP Bob.
Jean M Andes
February 17, 2021
I was an usher at St. Paul's and had the pleasure seeing you every Sunday. You were cordial and well mannered and our Church will not be the same. May our Heavenly Father and our Holy Savior bring you in the midst of all the angels and saints and may you see God face to face. Rest in eternal peace. Your fellow parishioner. Chuck Toth
Chuck Toth
Acquaintance
February 16, 2021
Showing 1 - 5 of 5 results