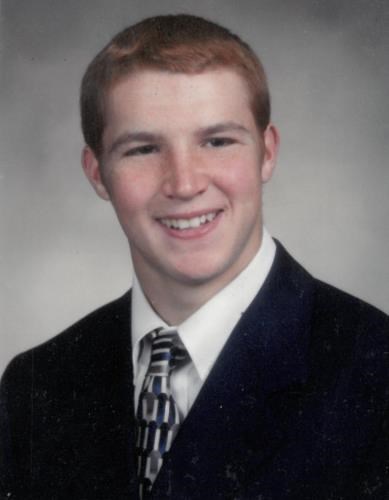 FUNERAL HOME
Hoffman Funeral Home and Crematory
2020 W Trindle Rd
Carlisle, PA
Our beloved son, father, husband, brother, coworker, and friend went to be with the Lord, at the age of 37, on Thursday, May 21, 2020 while surrounded by his loving family.

Tim was born on June 12, 1982 in Easton, PA to Timothy John and Lenore (Finelli) Groller of Easton.

Heaven must have needed extraordinary entertainment because Tim was always the life of any social gathering. Timothy enjoyed life to its fullest. Since his early childhood, Timothy enjoyed sports. He played soccer, baseball and was a wrestler for the Palmer Township Panthers and later for the Easton Area High School wrestling team, where he was a member of the 2001 state championship team. He was an avid hunter, fisherman, and baseball card collector. He was a passionate Philadelphia Eagles, Flyers, and Phillies fan all of his life. Most importantly, Timothy was devoted to his precious family. He treasured his wife and children and enjoyed traveling to the beach, playing board games, quoits, miniature golfing, and bowling with them.

After graduation from Easton Area High School in the class of 2001, Timothy attended Bloomsburg University where he majored in Criminal Justice and graduated in 2005. In 2006 Tim entered the Allentown Police Academy to pursue a career in law enforcement. His first job was with the Lehigh County Courthouse. He later worked for the Fountain Hill Police Department. In 2007 Timothy began his lifelong career dream when he obtained his first full time position with the Carlisle Police Department. Shortly after, he met his wife Gabrielle and they started their family. Tim rose quickly through the ranks to his current position of Corporal which he obtained in 2012. While working for the Carlisle Police Department he was a responder with the SRT Team for Cumberland County.

Tim firmly committed his life to his savior, Jesus Christ, in early 2019, and was baptized in December of the same year. His amazing personality touched many lives and he will be remembered by family, friends and coworkers for the way he lit up a room when he entered. His passing will leave so many who were close to him in a complete void.

In lieu of flowers, memorial contributions may be to the Groller Children Educational Fund C/O Wells Fargo Bank.

To sign the guestbook, please visit www.HoffmanFH.com.
Published by Morning Call on May 24, 2020.
To plant trees in memory, please visit the Sympathy Store.
MEMORIAL EVENTS
May
29
Visitation
9:00a.m. - 2:00p.m.
Hoffman Funeral Home and Crematory
2020 W Trindle Rd, Carlisle, PA
Funeral services provided by:
Hoffman Funeral Home and Crematory
MAKE A DONATION
MEMORIES & CONDOLENCES
Sponsored by Hoffman Funeral Home and Crematory.
11 Entries
Our heart felt condolences go out to the Groller family and friends. May the strength of Tim continue on in you all during this difficult time. Sending love, Mike and Erin Ialeggio
Mike & Erin Ialeggio
Friend
May 29, 2020
To the Groller Family so sorry for your loss Tim was a great guy and friend Always had a smile and something nice to say You are all in my Prayers and Thoughts will miss him always love Gail Patterson (Lauren's Gram)
gail patterson
Friend
May 26, 2020
Dear Lenore and Tim,
We are praying that God grant you some peace and comfort at this difficult time. Please know that we are so sadden by your loss of Timmy. He gave you such precious grandchildren and memories to love and cherish. May they help you find joy and happiness once again.

Donna and Tom
Friend
May 26, 2020
I am so sorry for your lose. Anything I can do let me know.
Rodney Rissmiller
Coworker
May 26, 2020
May God bless you and your family in this time of sorrow. Thinking and praying for all of the Groller family.
Jack and Susan Wilson
Friend
May 25, 2020
Dear Lenore, Tim and Family,
Words will seem meaningless so please know that Im thinking of you constantly. You have my deepest sympathies.
Mike Febbo
Michael Febbo
May 25, 2020
Tim...I'm so very sorry for the loss of your son. You and your family will be in my prayers during this difficult time.
Julian Burley
May 24, 2020
Tim, Lenore and family, words of sorrow are never enough when you lose a loved one, a son. Our thoughts and prayers are with you at this very difficult time. Marty & Sharon Cory
Sharon Cory
May 24, 2020
To Tims family and friends. Youve all been in our thoughts as has Tim. Deepest sympathies and fondest memories.
EAHS 01
Classmate
May 24, 2020
We are so sorry for your loss but know that heaven has gained an extraordinary angel. Tim always had a smile and was so happy , so many memories of the boys playing baseball , collecting baseball cards
With our love and sympathy
Ray & Del Folweiler
Delphine Folweiler
Acquaintance
May 24, 2020
May God bless you and your family in this time of sorrow.
Mike and Pat Cubbage
Friend
May 23, 2020
Showing 1 - 11 of 11 results