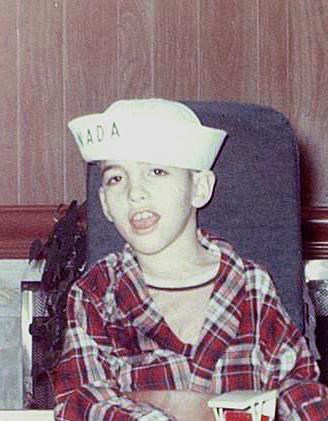 BORN
1948
DIED
2018
FUNERAL HOME
J.S. Burkholder Funeral Home Inc.
1601 Hamilton Street
Allentown, PA
Woods Garth Talman, Jr. 69, died January 29th, 2018 in The Good Shepherd Home, Bethlehem. Born in Bessemer, Alabama, he was the son of the late Colonel Woods Garth Talman and the late Martha (Richardson) Talman. He was a member of Grace Lutheran Church, Allentown and Trinity United Methodist Church in Homewood, Alabama. Woods, also known as "Woody" was born in 1948 with severe cerebral palsy. His parents were pioneers in mainstreaming and inclusion before the terms existed. He was front and center for all family events and milestones. Though non-verbal and in a wheelchair for his life, he was bright and expressive and made his wishes and dreams known to all. Most importantly was his desire for a sibling to share his journey through life. By constantly placing one hand on his father's lap, the other on his mother's tummy and then waving them like wands and laughing, he successfully "conjured" a sister who was born in 1957. His father, a Colonel in WWII called his efforts, The Campaign. From birth she was nicknamed Woody's Order! and has been honored to fulfill this assigned destiny as a guaranteed guardian and caregiver. Woody took his last breath peacefully in her arms while looking into her eyes and smiling surrounded also by his brothers-in-law Charles and Bruce. A memorial service will be held on Wednesday, January 31st at 2:00 P.M. at The Good Shepherd Home Bethlehem 2855 Schoenersville Road in The 2nd Floor Multipurpose Room. A graveside service will be held on Thursday, February 1st at 11 A.M. in The Cedar Hill Memorial Park 1700 Airport Road, Allentown where he will be laid to rest next to his parents. A gathering across the street at The Copperhead Grille on 1731 Airport Road will be immediately following. All are welcome to the service, the burial and the gathering afterwards. Arrangements by the J.S. Burkholder Funeral Home, Allentown. www.jsburkholder.com Published by Morning Call on Jan. 31, 2018.
To plant trees in memory, please visit the Sympathy Store.
MEMORIAL EVENTS
Jan
31
Memorial service
2:00p.m.
The Good Shepherd Home Bethlehem
2855 Schoenersville Road, PA
Feb
1
Memorial Gathering
The Copperhead Grille
1731 Airport Road, Allentown, PA
Feb
1
Graveside service
11:00a.m.
The Cedar Hill Memorial Park
1700 Airport Road, Allentown, PA
Funeral services provided by:
J.S. Burkholder Funeral Home Inc.
MAKE A DONATION
MEMORIES & CONDOLENCES
Sponsored by J.S. Burkholder Funeral Home Inc..
3 Entries
What an extraordinary life, and death, Woody had, thanks in such large part to his remarkable family. Annie, this must feel like an amputation but, dare we say it, a triumph too? Even your dreaming subconscious would never let you outlive Woody, or even take your leave for long. May God grant endless sweet peace to you both. With affection, deep sympathy and hugs--and thoughts of what Woody and Liz Taylor might be up to right now--Barbara (Spotz) Johnson
Barbara Johnson
February 4, 2018
Rest in peace. Thoughts and prayers are with you and your family.
Bob Ache
February 1, 2018
My condolences to this family. Knowing he is with his parents now is a comfort to those left behind. Thank You for giving him a wonderful life.
An orginal Allentown resident.
Sandy Longenbach
January 31, 2018
Showing 1 - 3 of 3 results