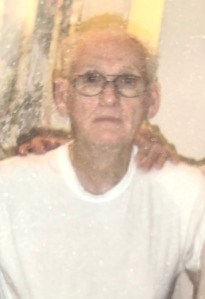 Kenneth was born May 12, 1937, in McDowell County, to the late Charles and Reva Wright. A lifelong worker, he retired first from the U.S. Air Force, after 23 years of service. After his military career, he became an electronics engineer for Norand. Known as a mathematical genius, he was known to be able to beat the cashier at the grocery store when it came to the total cost of the bill.

In addition to his parents, he was preceded in death by his wife of 56 years, Janetta Jimison Wright; son, Kevin M. Wright; and all six of his siblings, Coy, Joyce, Wanda, Brenda, Jenny and Emma.

Those left to remember Kenneth are two sons, James Wright of Hickory, and Charles M. Wright and wife, Kim of Hickory; and granddaughter, Valree Rachel Wright.

A private service to honor Kenneth's life will be held at Westmoreland Funeral Home.

www.bethelcolony.org\. Donations can also be made through their Facebook page.

Published by The McDowell News on Oct. 3, 2021.
To plant trees in memory, please visit the Sympathy Store.
MEMORIAL EVENTS
To offer your sympathy during this difficult time, you can now have memorial trees planted in a National Forest in memory of your loved one.
Funeral services provided by:
Westmoreland Funeral Home
MAKE A DONATION
MEMORIES & CONDOLENCES
Sponsored by Westmoreland Funeral Home.
0 Entries
Be the first to post a memory or condolences.