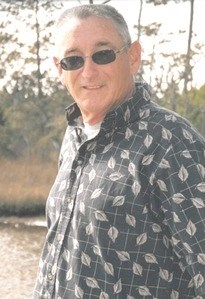 He was born in Buncombe County on December 12, 1944, to the late Henry and Lucille Dryman Patton.

David retired from the North Carolina Department of Transportation, following thirty-five years of service, where he enjoyed his job as area structure engineer. He had personally supervised the construction of most of the bridges in the Western North Carolina area. After retirement, he worked for Vaughn & Melton Consulting. David served the Sugar Hill/Montford Cove Fire Department for forty-five years, many of those as Deputy Chief. He was a deeply respected member of the community.

In keeping with David's wishes, no public service will be held.

Beam Funeral Service & Crematory is assisting the­­­­ Patton family. For further information and/or to sign the guestbook, please visit our website, www.beamfuneralservice.com, or call 828-559-8111.

Published by The McDowell News on Oct. 3, 2021.
To plant trees in memory, please visit the Sympathy Store.
MEMORIAL EVENTS
To offer your sympathy during this difficult time, you can now have memorial trees planted in a National Forest in memory of your loved one.
Funeral services provided by:
Beam Funeral Service & Crematory - Marion
MAKE A DONATION
MEMORIES & CONDOLENCES
Sponsored by Beam Funeral Service & Crematory - Marion.
4 Entries
Patton family, I am saddened to hear of your loss. I worked with Joy at Glen Alpine School for many years and met David when he came to school to talk to our classes about his job in DOT. Please reach out if you need anything. Judy
Judy Farris
October 4, 2021
David Patton was a very intelligent, kind man. He will be greatly missed by all of his NCDOT work family.
Sandra Peterkin
Work
October 3, 2021
Sorry for your loss. David was a good person and I enjoyed our time together at the Fire Department.
Jeff Payne
Friend
October 3, 2021
Sorry for your loss. I remember Mr. Patton from my childhood. My father, Bill Bowman, worked with him at NCDOT for many years. Sending prayers of comfort for the family!
Carolyn Bowman Gurley
October 3, 2021
Showing 1 - 4 of 4 results