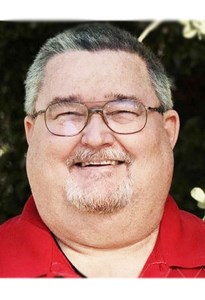 He was born July 26, 1962, in Great Falls, Mont., on Malmstrom Air Force Base, to Major James and Gail Moyers.

Eric graduated from McDowell High School in 1980. He earned his Bachelors of Science in Education, Training & Development from Southern Illinois University Carbondale. Eric also went on to receive his Masters of Art in Human Resource Management from Webster University.

Eric rose to Staff Sergeant with the U.S. Air Force, where he service as an Aerospace Propulsion Technician and a Security Force Augmentee. He loved cooking and his country, but nothing gave him more joy than spending time with his daughters, grandchildren and family. His smile could light up the room, and he was dearly loved by all.

A memorial service for Eric will be held Saturday, Oct. 2, at Temple Baptist Church, 213 W. Curtis St., in Simpsonville, S.C. The family will receive friends at 11 a.m., followed by the service at 12:15 p.m.

We would like to honor his service by asking all current and former military personnel to wear their dress uniform to the funeral.

Flowers in honor of Eric Moyers may be sent to the residences of his daughters, Holly Putnam and Faith Cantrell.