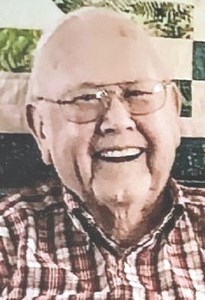 Born and raised in McDowell County, Louis was a veteran of the Korean conflict, serving seven years in the U.S. Air Force. Afterwards, he was employed by the U.S. Department of Agriculture, retiring while living in Salt Lake City, Utah. Returning to Marion, he retired again after working with Brown and Williamson Tobacco Company.

Louis was an active member of the First Baptist Church and served as a teacher, a member of the Mystic Tie Lodge #237, and the Asheville York Rite Bodies. An avid gardener, he was a former member of the Master Gardener Association. He was also a former Civitan and a volunteer for the Red Cross.

In addition, he was the service officer for the National Active and Retired Federal Employees, a member of the American Legion, and Vice President of the McDowell County Historical Society. Known as "Mr. Democrat," he served as Chairman of the local party where he received the Liston B. Ramsey Award for the Outstanding Democrat in Western North Carolina.

Louis loved Marion and McDowell County and devoted numerous hours to community service. He respected the elderly and enjoyed visiting nursing homes and shut-ins. In recognition of his service, he received the Order of the Longleaf Pine Award in 2010.

Surviving Louis are his wife, Edna Carswell Wall, his son, Wade, daughter-in-law, Katie, and his grandson, Asa, as well as numerous nephews and nieces.

A graveside service will be held on Friday, October 8, 2021, at Oak Grove Cemetery at 2:00 p.m., with Dr. Scott Hagaman and Reverend Matt Roberts officiating.

In lieu of flowers memorials may be made to the First Baptist Church of Marion.

Beam Funeral Service & Crematory is assisting the­­­­ Wall family. For further information and/or to sign the online guestbook, please visit our website, www.beamfuneralservice.com, or call (828) 559-8111.