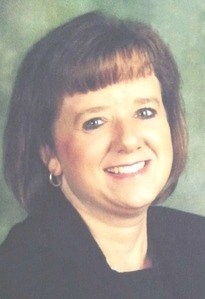 She was born Oct. 17, 1971, in Davie County, to Rickey Ray Bailey and Sarah Smith Bailey. She was currently working as the administrative/public information assistant for the McDowell County Sheriff's Office.

Richelle was born and raised in Mocksville, where she graduated Davie High School in 1990. She attended college at the University of North Carolina Asheville and received her degree in mass communications. Following her graduation, she moved to Marion and began her career at The McDowell News. Richelle was a devoted reporter for almost two decades, serving as assistant editor for 18 of those years. She covered crime, emergency services and courts, but also excelled at off-beat feature stories, landing her seven North Carolina Press Association awards during her career. In May 2013, Richelle joined the McDowell County Sheriff's Office as the administrative/public information assistant. She also served as the Crime Stoppers coordinator with the Marion Police Department.

One of Richelle's greatest passions was Project Christmas for McDowell County. Every year, she led the efforts of Project Christmas to ensure that local children and families in need received Christmas gifts. She devoted countless hours and nearly 23 years of service to this organization. This was one of her greatest and most rewarding joys. In addition, Richelle was actively involved in the Fraternal Order of Police and Relay for Life. To the many friends and family that knew her, Richelle was a small frame with a mighty heart. She always put others' needs before her own and was always willing to lend a helping hand. Her kindheartedness has impacted countless lives and will continue to live on in her legacy.

Richelle will be honored during a memorial service at 3 p.m., Sunday, Oct. 3, at Hayworth-Miller Kinderton Chapel in Advance, led by Pastor Rodney Hellard. A police escort will bring Richelle to Marion for a service Tuesday, Oct. 5, at 4 p.m., at Tom Johnson's.