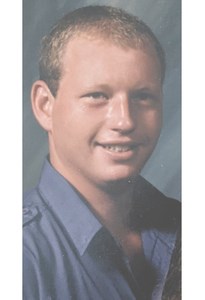 Robert "Bobby" Bruce Cooper, 50, of Marion, North Carolina, passed away Friday, October 08, 2021, at his home. He was surrounded by family and friends.

He was born in Chicago, raised in Mountain City, Tennessee, but called Marion his home. He was born on October 26, 1970, to the late Millard Cooper and June Price Cooper.

Bobby was a hard worker and a great provider for his family. He always made sure his wife and children were taken care of, and he never failed to call them each night as he traveled for work. He was very active in his kids' sports activities. He will be remembered for being a stubborn man who enjoyed telling jokes. He was also an avid Pittsburgh Steelers fan.

In addition to his parents, he was preceded in death by two brothers, Ricky Cooper and Mike Cooper.

A funeral service will be held on Tuesday, October 12, 2021, at 2:00 p.m., in the Chapel of Beam Funeral Service with Rev. Steven Bugenhagen officiating. Interment will follow at McDowell Memorial Park. The family will receive friends from 1:00 until 2:00 p.m.

Beam Funeral Service is assisting the Cooper family. For further information and/or to sign the guestbook, please visit www.beamfuneralservice.com, or call (828) 559-8111.