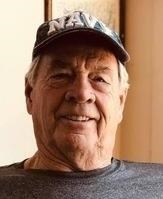 BORN
1936
DIED
2021
Donald Mooneyham
August 9, 1936 - March 16, 2021
Topaz Lake, Nevada - Donald went to be with the Lord on March 16, 2021. He is survived by his daughter Debby, his son Derek, three grandchildren, two sisters, and one brother. After moving from Tennessee, Donald grew up in Winton, CA with his seven brothers and sisters, and graduated from Merced High School. He proudly served his country in the United States Navy. Donald worked for the Carnation Milk Company and Prudential Insurance in the San Francisco bay area, before relocating to Lake Tahoe, and finally to Topaz Lake NV. Donald was always known for his ability to fix almost anything, and having a garage full of tools to get things done. His passion for cars was reflected by his prize possession, a 914 Porsche in the late 70's.Donald enjoyed traveling and taking all the back roads, not knowing where they led. All of his nieces and nephews loved "Uncle Don". He will be missed each and everyday, by everyone

Published by Merced Sun Star on Jul. 30, 2021.
To plant trees in memory, please visit the Sympathy Store.
MEMORIAL EVENTS
To offer your sympathy during this difficult time, you can now have memorial trees planted in a National Forest in memory of your loved one.
MAKE A DONATION
MEMORIES & CONDOLENCES
0 Entries
Be the first to post a memory or condolences.