BORN
1923
DIED
2021
FUNERAL HOME
Stratford Evans Merced Funeral Home
1490 B Street
Merced, CA
Francisco Garcia Saldivar
November 30, 1923 - August 23, 2021
Merced, California - On August 23 our beloved father Francisco, age 97, passed away peacefully at his home in Merced surrounded by his children and grandchildren. Born in Santa Ana, California, Francisco lived in the US and Mexico for the first 30 years of his life until settling his family in Davis, CA when he was employed as a Truck Driver/Machine Operator by the Southern Pacific Railroad. He was transferred to Merced in 1962, where his bride Elisa and their children joined him.
Francisco was a devoted member of the Catholic Faith and raised his family attending Sacred Heart and Our Lady of Mercy Church. He was a dedicated father and husband who instilled the importance of education, hard work, family, and citizenship in his home. His clever antics included teaching his children how to play card games, mathematical brain teasers, silly songs, "Big Fish" tales, hand shadow puppets, and making a handkerchief come to life as a mouse. Many, many children were either amazed or frightened by the jumping mouse. These antics will be fondly remembered by all his 10 children, 25 grandchildren, 38 great-grandchildren, and 3 great-great grandchildren.
In order to feed and clothe his troop, Francisco, like many of his generation, took us to the fields as children, in summer and weekends. We were young, seven to sixteen, picking cotton, tomatoes, peaches, and figs to help our family. Our dad was with us every step of the way; he knew this would instill a solid work ethic in his children. He also was a paletero, tailor (he altered Sheriff and Firefighter uniforms for some of us), barber, cobbler, and mechanic. Many of his children and grandchildren have memories of his haircuts. Short! We were elated, but not surprised, when he leapt on the back of a horse, skillfully riding as we watched in awe. Today we marvel at the simplicity of our existence and the endless lessons of life he taught us all.
His story is one of hard work, humble pride, and a never-ending commitment to setting an example for his children to follow. He made education of his children a top priority. Along the way, he fought to improve the life of us all. Yes, we lived closely together in our small house on Alexander Avenue, but he was ever so proud when we were the first of a few Latino children at Chenoweth Elementary. One of us returned to serve as the School Principal many years later. Another one of us, a Family Nurse Practitioner, trained the rest of us to provide care for both our Mother and Father at the end of their lives.
Elisa preceded him in death after 43 years of marriage. Elisa and Francisco modeled an equal, caring, and loving relationship to their children and grandchildren. Francisco continued to attend Mass and participate in prayer groups and retreats when he met Teresa Hernandez of Planada. They were married in 1994 and enjoyed many years together while traveling internationally, gambling and gardening.
When Francisco required more care in 2019, six of his children became his 24-hour care providers in a lovely Merced home they procured for him so he could remain in one place. The 18 months we shared with our father will forever be cherished.
Francisco is survived by his wife, Teresa Hernandez Saldivar of Planada. His five sons and four daughters, Arturo Saldivar of Keyes, (Maureena, Delicia, Rommel, Lorenzo); Luis Saldivar of Rosarito, Mexico (Shanon, Ryan, Zachary), Raul Saldivar of Merced (Rosa: Eddie, Raul, Ernie, Bobby, Juan), Alicia Nazario of Merced (Victor: Victor, Monica), Maria Rios of Elk Grove (Ismael: Eric, Christopher), Teresa Saldivar-Morse of Merced (Neil: Adria, Elise, Cortland), Gloria Provencio of Merced (Joe: Levi, Seth), Frank Saldivar of Turlock (Lucia: Briana, Joseph), Miguelito (Preceded in death), and Michael Saldivar of Merced (Anabel: Sarai, Julia). He is also survived by many great- and great-great grandchildren. Francisco is also survived by his step-children Richard Hernandez, Eloise Ingle, Vincent Hernandez, Veronica Mora, and their children. He will be fondly remembered by their children as he was the only grandpa some of them knew.
Francisco was preceded in death by his wife Elisa Mejia Saldivar, his son Miguelito Saldivar, parents Priciliano and Maria Saldivar, his siblings Antonio, Maria de Jesus, Margarita, Maria de Luz, Guillermo, Refugio, Salvador, twins Catalina and Lorenzo, and great-great grandchild Selah Williams.
The Saldivar Family would like to thank Hinds Hospice for their gentle, loving care especially Nurse Wendy and Health Attendant Luis, and Stephanie Pulido-Fregoso, who thoughtfully cared for Francisco when a seventh set of hands was needed.
Memorial Services on Saturday, September 4, 2021, at Our Lady of Mercy Church, 459 W 21st, include an 8:00 a.m. Viewing, 8:30 Rosary, and 9:00 Mass. Interment will follow at Calvary Cemetery with a Celebration of Life at the Merced Senior Community Center, 755 W 15th Street, Merced, from 11:00 a.m. to 2:00 p.m. 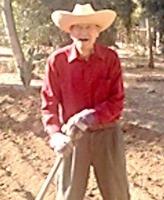