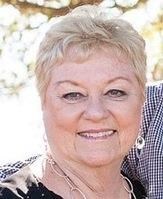 BORN
1944
DIED
2017
FUNERAL HOME
Darling & Fischer Chapel of the Hills
615 North Santa Cruz Avenue
Los Gatos, CA
Antje Hirt
May 26, 1944 - November 10, 2017
Resident of San Jose
Antje Hirt, 73, passed away peacefully in the early morning hours of November 10, 2017, with her loving husband of fifty-two years by her side.
Antje was born in Munich, Germany. She immigrated to the United States with her parents and brothers in 1947, and lived her childhood years in Ohio. As a freshmen and Tri Delta at the University of Cincinnati, she met the love of her life, Ernie Hirt. They were married in 1965 and had two lovely daughters.
In 1970, the Hirt family re-located to Phoenix, Arizona. Antje spent years as a devoted mother and wife, and later became a beloved elementary school teacher.
When Ernie's career took the family to Silicon Valley in 1983, Antje's love for adventure led her to a career in the travel industry. Her lifelong passion for travel included visits to Europe, Southeast Asia, South Pacific, the Caribbean, Panama, Greenland, and more.
Later, Antje and Ernie spent eight years living and working in Europe. She treasured this time reconnecting to her European roots before moving back to California in 1997.
Everyone who knew Antje remembers her warm smile, inclusive nature, intelligence, generosity, and love of animals, friends and family. She dedicated sixteen years of volunteer service to the Thrift Box, the San Jose Auxiliary to the Lucille Packard's Children's Hospital, Stanford, and supported numerous causes of loved ones.
Antje is survived by her husband, Ernst W. Hirt; daughters, Johanna Mahal (David) and Daniela Hirt (Pat); brothers, Albert, Diether, Helmar and Wolf; five grandchildren, and a large extended family in America and Europe. She is predeceased by her loving parents, Johanna and Bruno Bruckmann.
Antje's family is holding a private Celebration of Life. In lieu of flowers, consider a memorial donation in Antje's name to the Thrift Box: San Jose Auxiliary, c/o Auxiliary Treasurer 1362 Lincoln Avenue, San Jose, CA 95125.