BORN
1940
DIED
2018
FUNERAL HOME
Darling & Fischer Chapel of the Hills
615 North Santa Cruz Avenue
Los Gatos, CA
Daniel Cleary McTeague
June 16, 1940 – February 14, 2018
Resident of San Jose
Daniel Cleary McTeague passed away peacefully on February 14, 2018, at the age of 77, surrounded by his family in San Jose, California.
Daniel was born in West Hartford, Connecticut to Kathryn and Raymond McTeague. Dan was thankful to his parents for his important gift of faith. After graduating from Conard High School, he joined an Army Reserve Military Police Unit; the beginning of a law enforcement career he dreamt about since the age of ten.
After returning from six months of active duty, he moved to California to attend college. He attended Monterey Peninsula College before transferring to San Jose State where he graduated with a degree in Criminal Justice Administration; teaching for a short time before joining the San Jose Police Department where he would proudly serve 29 years; retiring as a Sergeant in 1994.
Dan worked in several special details, proudly spending the majority of his career in uniform. He taught at the Academy and served on security details for three former mayors, Norm Mineta, Janet Gray Hayes and Tom McEnery. Dan was one of the original officers assigned to the Department's elite MERGE unit. As a Sergeant, Dan respected his officers and they him.
In 1981, Dan met the love of his life, Daryl Marie McCarthy, at his brother's restaurant, The Fog Horn. They married in 1984 and this Irish union of 33 years produced two children, Riley in 1986 and Cleary in 1988.
Dan treasured his family, faith, friends and the city he sought to protect. In retirement, Dan used his skills to bring people together in community projects or real estate dealings. He gave freely of his time to mentor young people. Dan was a master storyteller and a good hearted and caring friend to many. His cheerful disposition and the twinkle in his eyes will be missed. He was active in the Dublin Sister Cities Program, the Police Officers' Association, the Police Benevolent Association and was an honorary member of the Italian Club, Friendly Wednesdays.
Dan was preceded in death by his parents, Kathryn and Raymond McTeague and his brothers Bert and Terry. He is survived by his devoted wife, Daryl, his brother, Emmett (Barbara) and his loving children, Riley and Cleary Codipilly (Jonathan). Dan was blessed with three grandchildren; Aengus, Tierney, Finnegan and his newest grandchild due in August. He is also survived by his cherished in-laws, Mary and Robert McCarthy, his sisters-in-law Virgie and Mary, and many nieces and nephews.
Memorial service will take place on Tuesday, February 20, 2018 at 2:00 PM at Holy Spirit Church 1200 Redmond Ave, San Jose, CA 95120.
In lieu of flowers, donations may be made to the San Jose Police Chaplaincy, Post Office Box 2202, San Jose, California 95109.

Published by San Jose Mercury News/San Mateo County Times on Feb. 18, 2018.
To plant trees in memory, please visit the Sympathy Store.
MEMORIAL EVENTS
Feb
20
Memorial service
2:00p.m.
Holy Spirit
1200 Redmond Ave, San Jose, CA
Funeral services provided by:
Darling & Fischer Chapel of the Hills
MAKE A DONATION
MEMORIES & CONDOLENCES
Sponsored by San Jose Mercury News.
37 Entries
I'm so sorry for your loss
Riley and Cleary your parents were so involved in your activities and schooling
I loved getting to know you all in second grade
Your dad had a great sense of humor
I loved having you all at my wedding!
Daryl I'll be thinking of you
Praying for you all
Hang on to sweet memories
Love and hugs
From your second grade teacher
Liz Ross Simmons
March 12, 2018
Dan was a great story teller and a refreshing voice at briefing and work. He spoke from the heart and was always gracious in his demeanor. He could make you smile with his smile.
Joe Giorgianni
Coworker
March 1, 2018
Danny my boy, Erin Go Braugh you were with me to build the fence and get the telephone poles and hey the free food. Thanks for always calling me Fr Egan, the priest, Man we had the good times that cannot be talked about. I know you are OK because God loves the Irish. Thank You my Friend for being there, Mijke
fr
Mike Egan
Friend
February 25, 2018
I loved this gentleman not only as a fellow Senior officer but as a outstanding human being. He was a mentor to young officers like myself. If I had any issues on the job or off I could go to him as a young officer. If you passed Dan in the hallway not only would he make your day he always had a smile on his face. Dan will be missed but will always look down on us. Miss you my friend!
Ron Helder
Coworker
February 25, 2018
I worked with Dan, Robt. Browning, Carm Grande, Larry Lundberg, and so many others, in Crime Prevention under Ike Hernandez. A favorite time of day was when Dan would recount events of the week. Lordy, he could spin a story, and come up with such clever, and ( impromptu) interjections during a conversation. He was, and is still, well loved. R.I P. my Friend.
Jim (Glenn) Pearce
Coworker
February 24, 2018
Dan never failed to make me laugh. We had one particular joke that ran 31 years. I will miss you
KERRY SMITH
Coworker
February 24, 2018
god speed Daniel. a fine friend and brother. you'll be missed
bruce morton
Coworker
February 23, 2018
I met Dan 52 years ago, as we were hired in the same Police Academy, and I thoroughly enjoyed each occasion of our commattarie, especially while working as partners, in whatever assignment. His predictable, and incessant, humor was never intended as ridicule or threat to hurt anyone person.
Knowing Dan has been one of the hilites of my life.
R.I.P. my friend.
Carm J Grande
Friend
February 22, 2018
I remember that every time I was around Dan, either at work or play, I really enjoyed his company. He was a true professional and great to work with. His stories were legend. R.I.P.Dan
Robert Tenbrink
Coworker
February 22, 2018
Dan was good friend, cop, and as many have said, a great story teller! He had the unique ability to turn an adversarial situation into something positive! He will be missed by many! RIP brother.

Our thoughts are with Daryl and your family. May they receive peace.
Bob & Joan Lockwood
Friend
February 22, 2018
Gunna miss seeing you Dan at the Union Hall and talking with you.
Tom ODonnell
Coworker
February 22, 2018
Dan was a great cop, good mentor to the young cops but most important a wonderful human being. He was a good story teller especially when he would turn an arrestee into an informant. He was working Community Policing before the concept came about. I loved those hunts, party bus and the times we spent together. God Bless You Dan !! RIP.
Randy Cardin
Coworker
February 22, 2018
Father McTeague, you always had a great perspective, positive attitude, and infectious sense of humor. I will never forget the great times together, and I miss you already. My deepest condolences to your family, and may God keep them in his warm embrace.
Russell Jones
Coworker
February 22, 2018
Dan was a great mentor and friend. Because of him I learned the secret to life is to keep people laughing.
Bob Nalett
Coworker
February 22, 2018
RIP Father McTeague you were and always a great friend!
Victor Cardoza
Coworker
February 22, 2018
Danny was an all round great guy. Good friend in my earlier years at the PD. Our study group before promotions was at Dan's house. Me,Dan, Ron Mozley,Pete Salvi and Mike Fehr. Fun times and Father McTeague was one of a kind. RIP Dan.
Jeffrrey Dooley
Friend
February 22, 2018
Dan, a true gentleman, wonderful friend and in many of my very best and most cherished memories. He is missed.
Don Hale
Coworker
February 22, 2018
Dan was just a great guy! I had the extreme pleasure of working with him at Xilinx. Those times with him were more fun than grown men should be allowed to have. Everyone absolutely loved him! I will miss his quick wit and sense of humor, but most of all his commitment to true friendship.
Knowing Danny he's probably making a deal with St. Patrick right now for a slice of heavenly real estate.
You will be missed Danny boy.
I love you.
Rest in Peace dear brother.
Tommy Francois
Friend
February 22, 2018
Whenever I heard the words "Hey pal" I knew I was in for a hearty handshake, a warm smile or maybe a good story. Even saying his name brings a smile to my face even now. What a prince of a man.
Greg Trapp
February 22, 2018
I first met Dan when I was 16 years old and he was going to San Jose State. He stood out as model of male maturity. When I was hired at SJPD and saw how he worked, he proved himself to be a great gentleman cop with a wonderful sense of optimism and humor. I think all who were acquainted with him were enriched by knowing him. He will missed far more than most of us will be missed when we're gone.
Christopher Green
Coworker
February 22, 2018
A kind and gracious man and a cop's cop. Fair winds and following seas, my friend.
Jeff Munks
Coworker
February 22, 2018
It is so hard accept Dan's cheerfulness, kindness and gift of gab will no longer grace us. This loss is great. My deepest condolences to Dan's family. He adored you Daryl, Cleary, Riley and his grandchildren.
Gene Hartman
February 20, 2018
Dan was always a friend and someone I could call any time. I fondly remember our many phone calls where we would talk endlessly and I could not wait for our next call. He generously sent me many calling cards to make sure we could spend time chatting.
May God keep you in his warm and comforting embrace,
Aunt Cecile
Cecile Jette
February 19, 2018 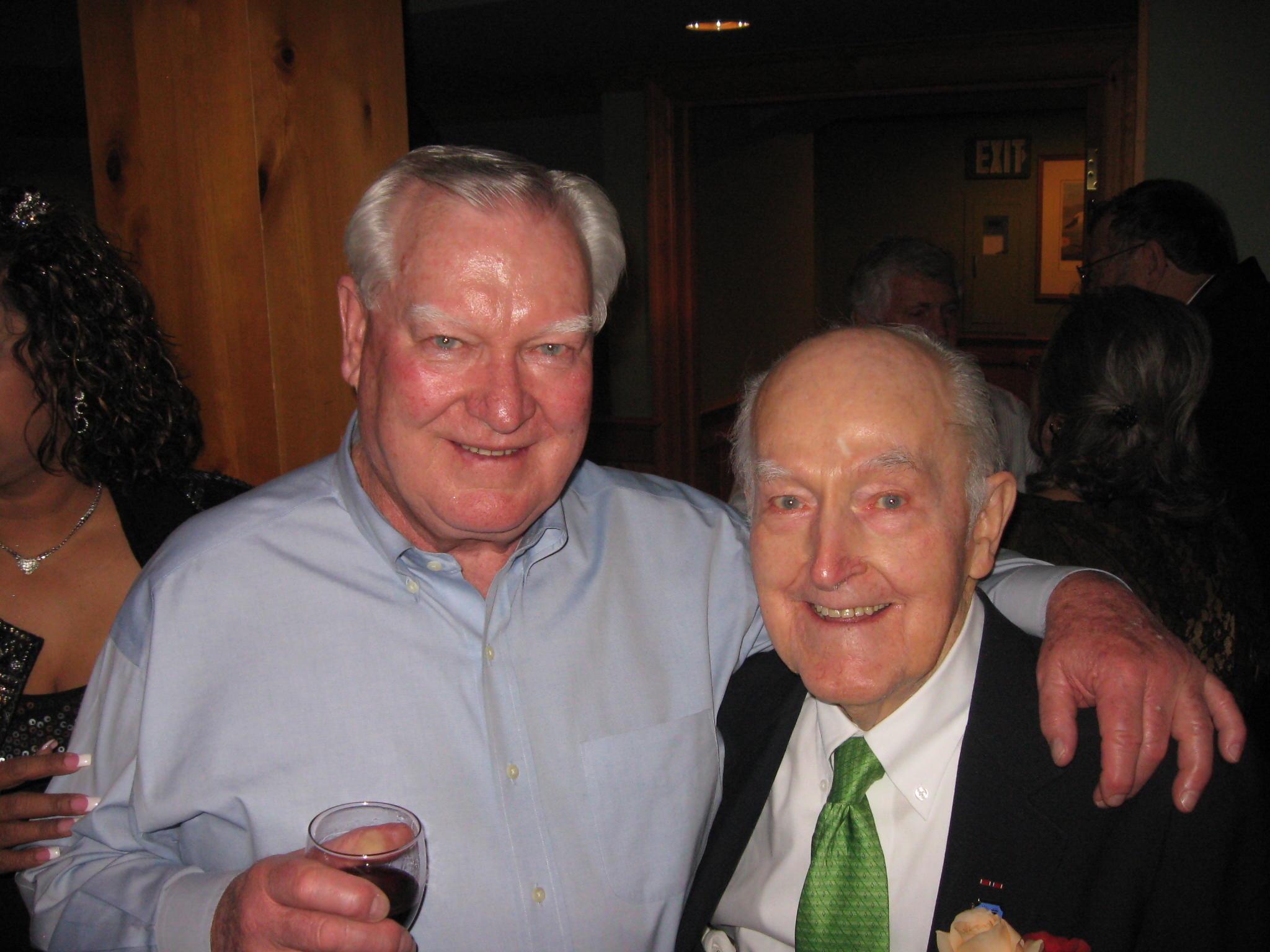 Kathy Hall
February 18, 2018
Daryl and Family
Please accept our deepest condolences, we have so many great memories of Dan, especially at the SJ-Dublin Irish events. May he rest in peace.
Kathy Hall and Leslie Murdock
February 18, 2018
Dan will always be in my heart and be remembered for his joy of life, his quick smile and the twinkle in his eye. May you find comfort in knowing God loved him even more than we do.
Rosie Montoya
February 18, 2018
My thoughts and prayers are with you at this difficult time. Dan was always such a kind thoughtful and funny person he will be missed. May your memories help bring you peace and comfort.
Susan La Russa
February 17, 2018
May the God of all comfort strengthen the family during this time of deep sorrow. Those who pass on, God keeps in his memory because they are precious in his eyes. My sincerest condolences. (Psalms 116:15)
February 16, 2018
May the hope of Everlasting life sustain and comfort the entire family as you mourn your loss. My deepest condolences .
February 15, 2018
Offering our deepest condolences during this difficult time.
Darling-Fischer Chapel of the Hills
February 17, 2018
Showing 1 - 37 of 37 results