Diana Hauk Payne passed away peacefully at her home on Sunday December 12 2010 at the age of 89. She is survived by her sons and their wives, James Payne and Jeri Swenson of Turlock, and by Richard and Bonnie Ann Payne of Los Gatos and their daughter Alise Spinella of Los Angeles.

Diana Hauk was born in San Jose where she lived with her mother and four siblings. In 1924, when Diana was three, her father died, leaving Diana's mother to care for five children. Like most of her generation she was a child of the Depression and the values learned during that period always remained with her. In high school she was a dedicated swimmer, achieving lifeguard status, swimming remaining one of her favorite activities. Politics soon caught her attention. Her future husband Perley B. Payne, a member of the Abraham Lincoln Brigade, had recently returned from the Spanish Civil War when they met at a political gathering. They married in 1939 and lived on a fruit ranch and raised pheasants in Campbell until they moved to a hilltop in Los Gatos in 1957, Diana always having dreamed of a home on a hill with a terrific view.

Diana was a very active person. She worked as a secretary until the birth of James in 1943. She co-operated the fruit ranch and raising pheasants. This also included attending many retriever trials where she cooked for Perley and the "birdboys." She also was active in a reading club, the Democratic Party and a women's business club, from which she resigned in protest over its restrictive membership practices. She became a 4-H leader, teaching cooking to several generations of 4-H club members. She was always known for her skill as a chef, referred to as "a great cook." She loved interior decorating and after some college courses in the subject she started her own interior decorating business. For many years she also taught interior decorating at adult night school.

Always sensitive to social justice and civil rights issues Diana became increasingly active as political turmoil increased during the 1960s and into the 1970s. Diana and Perley held many fund raising events for the civil rights activities in the South. They also hosted in their home many speakers regarding current issues ranging from the Viet Nam war, to the efforts of farm workers to organize. Much of her fight for civil rights centered with efforts around the Social Justice Committee of the Los Gatos Unitarian fellowship, where Diana and Perley were members for many years. Efforts there included gathering food for the poor, organizing and participating in peace marches and providing counseling to conscientious objectors. She was well known to hold strong opinions and quite ready to engage in debate regarding the rightness of civil rights and social responsibility.

Diana was also very social. She hosted many dinners for friends and relatives. She had a sharp mind and a great sense of humor. Many people came to her for advice and she was sensitive to an individual's problems. One of her favorite activities were games. Whether it was canasta and other card games, she moved on to backgammon, rummikub and sudoku.

Diana Hauk Payne's influence spread far and wide. She maintained her commitment to social justice and social responsibility her whole life, and she never wavered from that commitment. She will be missed.

The family would appreciate donations in the honor of Mrs. Payne's memory to be sent to Abraham Lincoln Brigade Archives. Like her husband, she was a very strong supporter of that organization, attending annual meetings and standing firmly behind the cause they fought for. She felt their cause was the same in nature as the civil rights and social justice causes she fought for her whole adult life. The Abraham Lincoln Brigade Archives can be reached at 799 Broadway, Suite 341, New York, New York, 10003 or www.alba-valb.org

A memorial service will be held between 11:00 and 2:00 on January 29 2011 at the Unitarian Universalist Fellowship of Los Gatos, 15980 Blossom Hill Rd.
Published by San Jose Mercury News/San Mateo County Times on Dec. 25, 2010.
To plant trees in memory, please visit our Sympathy Store.
MEMORIAL EVENTS
To offer your sympathy during this difficult time, you can now have memorial trees planted in a National Forest in memory of your loved one.
MAKE A DONATION
MEMORIES & CONDOLENCES
5 Entries
Richard, Jim, and Familes,
Sherry and I enjoyed seeing everyone yesterday at Diana's service. We are so sorry for your loss. As I reflect on my life, both of your parents had tremendous impact on my early years as a reinforcement of what my parents taught me. Your dad, through the Retriever Trials, showed me at a young age that I could do a man's work with my hands and at the same time drove home the value of an education. He taught through his life to never stop learning. From Diana I learned and saw the value of good design. Some of what I do today with my design practice found it's early spark in her 4-H classes. Time flys. Enjoy you families. My best to all of you. Steve
Steven Cox
January 30, 2011 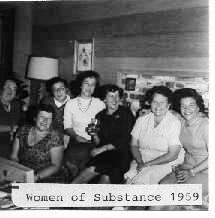 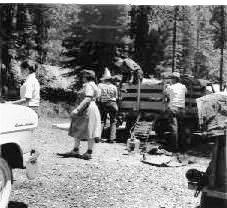 Steve Cox
January 30, 2011
What a wonderful soul, may she find sweet peace and solitude, a return on the many blessings she sowed during her time here.
elizabeth golemon
January 18, 2011
Dear Bonnie and Richard,
Like a stone dropped in the middle of a pond, Diana's influence appears loud and clear in your lives. During these difficult times we hope you will call upon us to be at your side.
Love, Richard and Catherine
Richard Keady
January 2, 2011
Showing 1 - 5 of 5 results